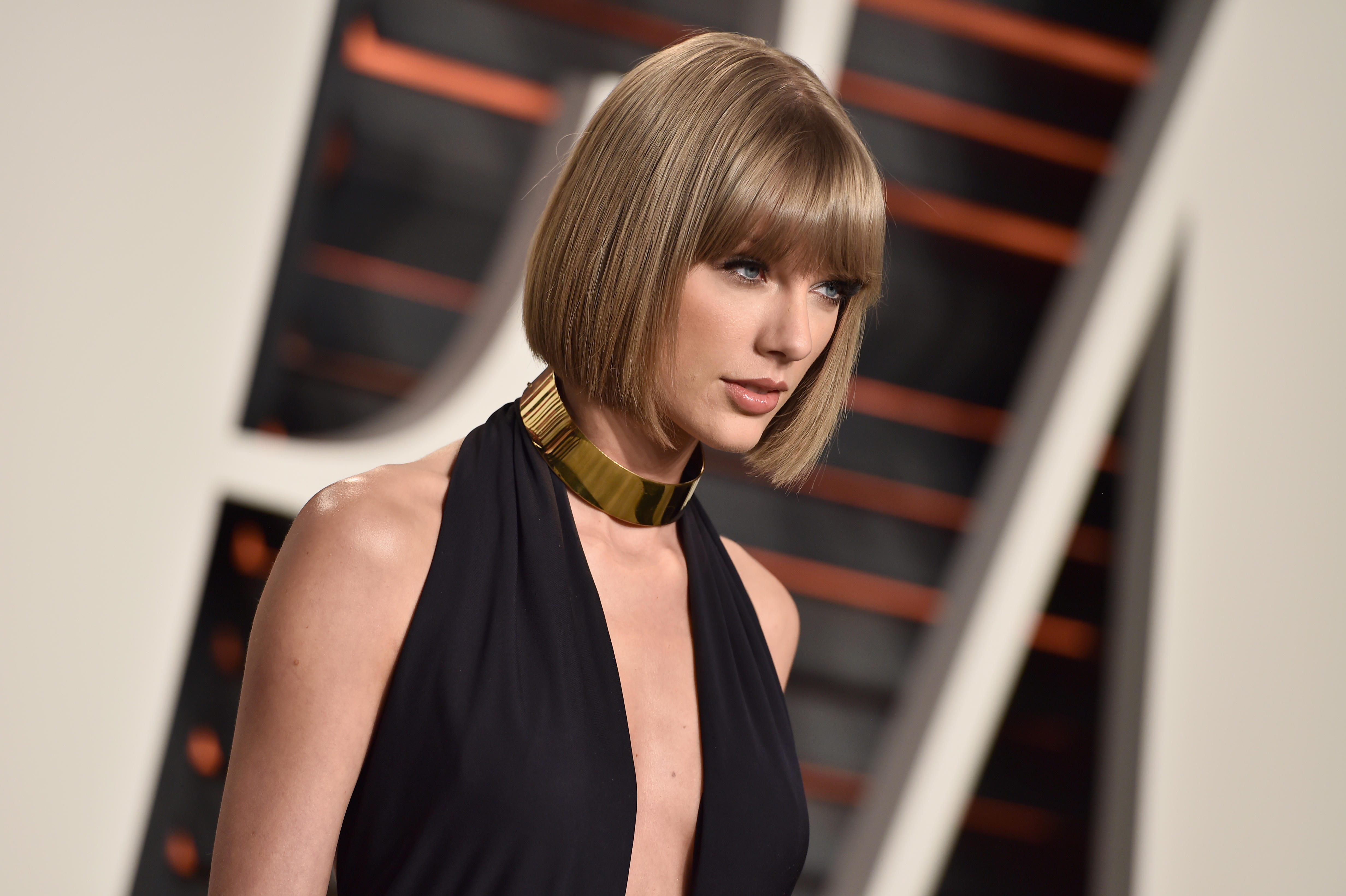 DENVER -- Four years after Taylor Swift tried to handle her groping allegation against a radio station DJ quietly, the pop superstar got a very public victory Monday with a jury's verdict that she hoped would inspire other women.

Jurors in U.S. District Court in Denver deliberated fewer than four hours to find that ex-radio host David Mueller assaulted and battered Swift during a pre-concert meet-and-greet in June 2013. Per Swift's request, jurors awarded her $1 in damages -- a sum her attorney, Douglas Baldridge, called "a single symbolic dollar, the value of which is immeasurable to all women in this situation."

Mueller sued the Swifts and their radio handler, Frank Bell, seeking up to $3 million for his ruined career.

After the verdict was issued, Swift hugged her crying mom. She also issued a statement Monday thanking her legal team for fighting for her and anyone else affected by sexual assault.

"I want to thank Judge William J. Martinez and the jury for their careful consideration, my attorneys Doug Baldridge, Danielle Foley, Jay Schaudies and Katie Wright for fighting for me and anyone who feels silenced by a sexual assault, and especially anyone who offered their support throughout this four-year ordeal and two-year long trial process," Swift said.

Meanwhile, Mueller's attorney Gabe McFarland said Monday, "My only statement at this point is that I'm disappointed for Mr. Mueller, but respect the jury's decision."

The six-woman, two-man jury also rejected Mueller's claims that Swift's mother, Andrea Swift, and radio liaison Frank Bell cost him his $150,000-a-year job at country station KYGO-FM, where he was a morning host.

On Friday, U.S. District Judge William Martinez dismissed similar claims against Taylor Swift, ruling Mueller's team failed to offer evidence that the then-23-year-old superstar did anything more than report the incident to her team, including her mother.

Mueller, who was seeking up to $3 million, denied Swift's allegation from the start and maintained his innocence after the verdict.

"I've been trying to clear my name for four years," he said in explaining why he took the singer-songwriter to court. "Civil court is the only option I had. This is the only way that I could be heard."

By the time Swift took the stand Thursday, she was more than angry. She was on a mission to eliminate any doubt about what happened, and she refused to sugarcoat her experience.

During an hour of testimony, Swift blasted a low-key characterization by Mueller's attorney, Gabriel McFarland, of what happened. While Mueller testified he never grabbed Swift, she insisted she was groped.

"He stayed attached to my bare ass-cheek as I lurched away from him," Swift testified.

"It was a definite grab. A very long grab," she added.

Mueller emphatically denied reaching under the pop star's skirt or otherwise touching her inappropriately, insisting he touched only her ribs and may have brushed the outside of her skirt as they awkwardly posed for the picture.

That photo was virtually the only evidence besides the testimony.

In the image shown to jurors during opening statements but not publicly released, Mueller's hand is behind Swift, just below her waist. Both are smiling. Mueller's then-girlfriend is standing on the other side of Swift.

Swift testified that after she was groped, she numbly told Mueller and his girlfriend, "Thank you for coming," and moved on to photos with others waiting in line because she did not want to disappoint them.

But she said she immediately went to her photographer after the meet-and-greet ended and found the photo of her with Mueller, telling the photographer what happened.

Andrea Swift testified that she asked Bell to call Mueller's employers. They did not call the police to avoid further traumatizing her daughter, she said.

"We absolutely wanted to keep it private. But we didn't want him to get away with it," Andrea Swift testified.

Bell said he emailed the photo to Robert Call, KYGO's general manager, for use in Call's investigation of Mueller. He said he didn't ask that Mueller be fired but that "appropriate action be taken."