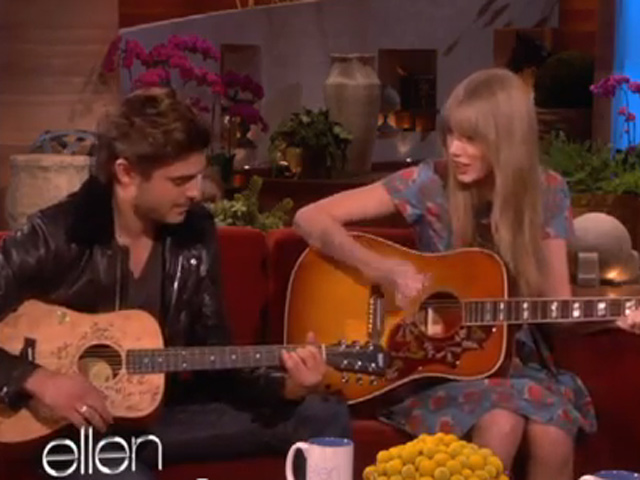 (CBS) While promoting Dr. Seuss' "The Lorax" on "The Ellen DeGeneres Show," Taylor Swift and Zac Efron strummed their guitars and sang their version of Foster the People's "Pumped Up Kicks."

Swift revealed on the show that she had given Efron a guitar lesson during production of the animated film they lent their voices to.

"He had like one lesson," Swift said. "And he was good at it! I taught him how to play 'Pumped Up Kicks' by Foster the People."

The duo, who insist they are just friends, were handed guitars and played the Grammy-nominated song, though they changed the lyrics for Ellen.

Tell us: What do you think of Taylor and Zac's duet?