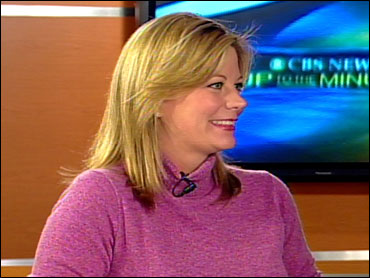 Preparing your taxes can be a confusing process, especially with deductions and qualifications that change from year to year. Stephanie AuWerter, Editor of SmartMoney.com, has some advice on the changes for the 2007 tax year.

Many people are confused by President Bush's Economic Stimulus Plan. "They're still working out the details," says AuWerter. One idea that the government is tossing around is a tax rebate. The rebate would grant individuals and couples who pay income tax a rebate check, similar to the rebates that were issued in 2001. For the 2007 tax year, it's been suggested that individuals receive $800.00 and couples receive $1600.00.

However, "There's some discussion that people who have low incomes might not get it," says AuWerter, "because they haven't paid in $800.00 in taxes last year." Keep an eye on this issue, because depending on your income, you may or may not receive a rebate.

One new change this tax year is the cancellation of debt income. "People who are facing foreclosure or who are in default on their mortgage, sometimes the lender will forgive some or all of that debt," says AuWerter. In the past, you've still had to pay taxes on that debt; not this year, however. "That income is no longer taxable," says AuWerter. This could help many people who are really struggling with their bills.

The 2007 tax season will also bring alternative minimum tax (AMT) relief. "A lot of folks are going to owe it," says AuWerter. "If you are upper-middle class, you have a few kids, maybe you have a second home, look out - you may owe the AMT," says AuWerter. If you crunch the numbers and see that you do owe the AMT, don't file your tax return until February 11th. A patch has gone through to help many people out, but because it went through so late in 2007, the IRS isn't equipped to handle many of the forms quite yet.

For more tax preparation tips, as well as other personal financial advice, click here to visit SmartMoney.com.
By Erin Petrun