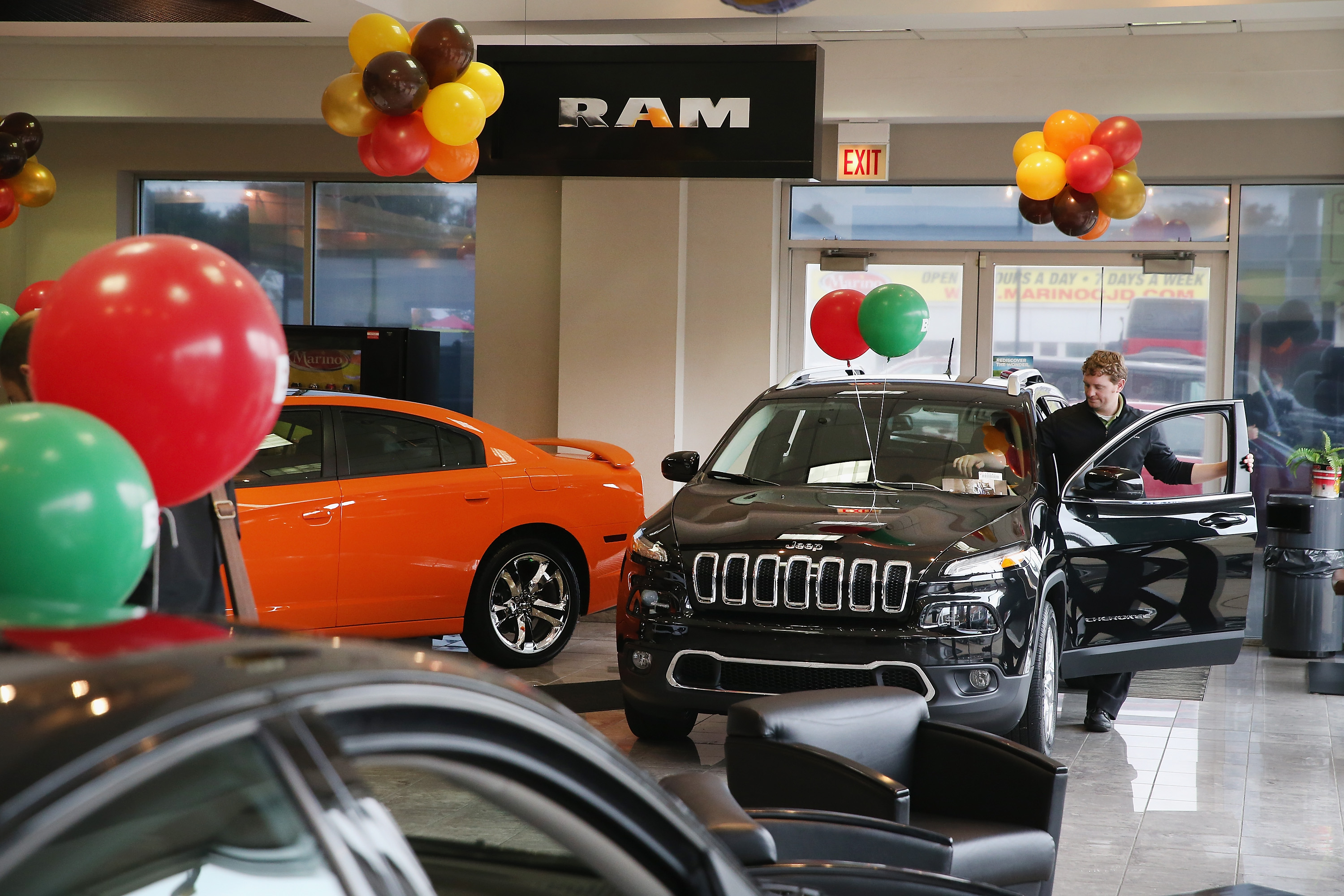 Without the tax benefit, the Auburn Hills, Mich., company still earned $659 million, a 74 percent increase over a year earlier.

Chrysler's strong quarterly and full-year performance helped to prop up Fiat, its Italian owner, which has struggled as auto sales sputter in Europe. Fiat earned 252 million euros ($345 million) excluding one-time items. Without earnings from Chrysler, Fiat would have lost 235 million euros ($321 million). That's nearly double the loss from a year ago.

Fiat owned 58.5 percent of Chrysler last year. It has since bought the rest from a trust fund that pays health care bills for union retirees.

Chrysler's 10th-straight profitable quarter came because of strong U.S. sales of Ram pickups and Jeep Grand Cherokees. Chrysler's U.S. sales, where it does 75 percent of its business, rose 9 percent last year to just over 1.8 million cars and trucks. Its average price per vehicle also rose by 2 percent in the fourth quarter to $32,309, according to Kelley Blue Book. The company sold 2.4 million vehicles worldwide for the year, also up 9 percent from a year ago.

Sergio Marchionne, CEO of both companies, told Chrysler employees in an email that they would get performance awards based on last year's earnings, but no numbers were released.

"Your courage and passion have restored Chrysler to being a competitive force in the auto industry and have created a strong partner with Fiat in building an exciting new global venture," he wrote.

Fiat posted a profit of 943 million euro ($1.29 billion) for the year without one-time items, but it would have lost 911 million euros ($1.25 billion) without profits from Chrysler.

The Italian automaker's board of directors decided to scrap the company's dividend to maintain its liquidity after buying the trust's stake in Chrysler for $1.75 billion (about 1.35 billion euros) in cash and another $1.9 billion in extraordinary dividends. The deal closed on Jan. 21.