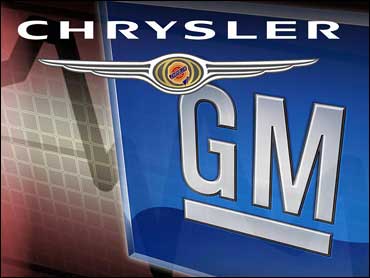 Shockingly poor financial management at General Motors and Chrysler weakened their case for a federal bailout, but officials feared letting them collapse, the former head of a government auto task force said Wednesday.

In a first-person account posted on Fortune magazine's Web site and in a Brookings Institution speech, Steven Rattner said he was alarmed by the "stunningly poor management" at the Detroit companies and said GM had "perhaps the weakest finance operation any of us had ever seen in a major company."

GM's board of directors was "utterly docile in the face of mounting evidence of a looming disaster" and former GM chairman and chief executive Rick Wagoner set a tone of "friendly arrogance" that permeated the company, Rattner wrote.

"Certainly Rick and his team seemed to believe that virtually all of their problems could be laid at the feet of some combination of the financial crisis, oil prices, the yen-dollar exchange rate and the UAW," Rattner wrote.

Rattner described his six-month stint leading the Obama administration's auto task force, which pushed GM and Chrysler into quick bankruptcies last summer with the help of billions of dollars in federal aid. The task force won concessions from the union, suppliers, bondholders and dealers, and the U.S. government now owns nearly 61 percent of GM and 8 percent of Chrysler.

Rattner said at the National Press Club that he, along with Treasury Secretary Tim Geithner and White House economic adviser Larry Summers, "hated the idea of the U.S. government owning equity in these companies" but they concluded the government needed to protect taxpayers.

"It was frustrating that many commentators were suggesting that the government stay on the sidelines and let the companies fend for themselves," Rattner said. "With financial markets still frozen, both would have unquestionably run out of cash quickly, slid into bankruptcy, closed their doors and liquidated."

Rattner said the loss of the companies could have severely harmed the economy, costing "more than a million jobs in the short run." He said their failure also would have dramatically deepened and prolonged the recession and would have pushed unemployment rates in several states "above 20 percent."

GM said in a statement that it was "a new company with a strong balance sheet, less debt and a fresh product lineup that is making consumers take notice. ... Looking back doesn't help us with the important work we have in front of us. We are grateful for the second chance our nation's support has given us, and we are confident we will succeed."

Rattner said the task force was divided on whether to save Chrysler. The automaker was poorly run during its alignment with Daimler AG, and "larded up with debt, hollowed out by years of mismanagement, Chrysler under (private equity firm) Cerberus never had a chance," he added.

The task force determined that Chrysler could not survive without a corporate partner and turned to Italy's Fiat Group SpA. Fiat took control of Chrysler after it emerged from bankruptcy protection in June and received a 20 percent stake in the company, with the opportunity to take on 35 percent.

As for GM, Rattner said Wagoner told him in mid-March that he wanted to remain at the company but was willing to step down to help GM. Rattner said that Fritz Henderson, who succeeded Wagoner as chief executive, "conveyed more energy and openness to change."

Rattner asked Wagoner to step aside on March 27 and Wagoner agreed, supporting their plan to make Henderson the new CEO. In an "awkward conversation," Rattner said that Wagoner had asked whether the administration planned to fire UAW President Ron Gettelfinger.

"I'm not in charge of firing Ron Gettelfinger," Rattner replied.

Rattner has faced his own scrutiny. His former investment firm, Quadrangle Group, paid more than $1 million to a New York political consultant indicted in a public corruption probe in New York.

Rattner wrote that he grappled with "the New York attorney general's investigation of my former firm, Quadrangle Group, and me about our actions in connection with an investment from the state pension fund." He did not elaborate.