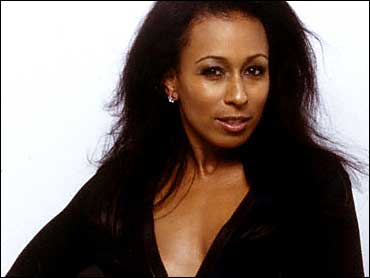 Monday, April 21, The Early Show and "As The World Turns" actress Tamara Tunie kicked off a week-long search for the next CBS soap star.

Every day, a different man and woman will have a live screen test at the morning news program's studio with a star from the hit daytime drama "As The World Turns."

And you in the home audience will get to decide who actually gets a role on the daytime drama by voting on Friday here on The Early Show Web site. The male and female with the most votes will appear on "As The World Turns" this summer.

Find out all you need to know, check out our INTERACTIVE.

The soap's executive producer, Christopher Goutman, came up with the idea while he took the show on the road to several college campuses this fall.

"We were on the road for 12 days, 10 college campuses, eight cities," he said. "Basically, the idea was that one of our characters was mistakenly accused of setting a fire. So he went on the run, took two girls with him, so they were on the run from the law and their families and they hid out on college campuses. Hid among their peers, as it were, hiding in plain sight," Goutman explained.

So he auditioned college kids and actually saw some pretty serious talent that he wanted to bring to New York for screen tests.

"Our wonderful casting director auditioned 5,000 kids. And I think about 100, 125 appeared on the show. And what impressed me the most was the talent. For nonprofessional actors, it was the most professional group of people that we've seen," Goutman said.

So now 10 hopefuls will do their screen tests with the aid of current stars from "As The World Turns."

Tunie has been on ATWT for 15 years and she says it is "daunting, but at the same time it's fun.

"I mean," she said, "because you get to go through so many transitions with one particular role. You know, it's not the same thing all the time. And over the years my character has grown in a lot of different ways. She's faced a lot of different challenges. So that's always exciting to tackle."

After their performances Goutman and said both were "fantastic.

"Both of them showed up prepared," she said. "They knew their lines. They knew what they wanted to do. And I think they both did a really great job.

You can let us know what you think on Friday when we open our Internet poll until midnight on Saturday, April 26.The Early Show will announce the winners on April 28. Th ewinners are going to appear this summer on the daytime drama.