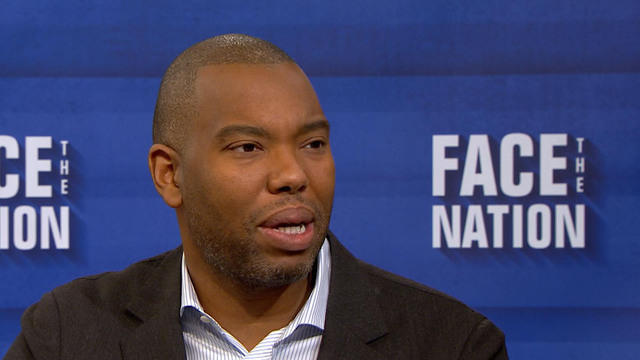 The Atlantic’s Ta-Nehisi Coates reflected back on President Obama’s time in the White House during an interview Sunday, offering his thoughts about how the office has failed to change the president’s core beliefs in American institutions.

“He did say to me that he was shocked by the kind of political opposition that he immediately faced when he came into power,” Coates acknowledged. “But did that alter any of his basic sense of American institutions or, you know, the American people? I don’t think he did.”

Coates noted that the president’s unflagging optimism had a lot to do with his upbringing, as the son of a black man and a white woman who grew up “far from the fulcrum of Jim Crow in Hawaii.”

“He had a deeply, deeply loving family of white people, primarily,” Coates said. “His mom and his grandparents, who saw no conflict between that love and affirming the fact that he was black.”

And, he added, Mr. Obama “told me when I was interviewing him that his mom thought black people, you know, were cool. You can sort of, you know, grimace at that or laugh at that, but it’s much better than the alternatives, which many people, you know, who are the result of biracial unions during the time the president was born would have faced in this country.”

“He saw the best of white America in the most intimate way possible and thus was able to communicate a kind of trust that, you know, honestly I think African-Americans who were raised, for instance, how I was -- and as he said, even as his wife was -- have much, much more difficulty demonstrating,“ he said.

That hope and trust, Coates observed, propelled Mr. Obama into the presidency and sustained him through it.

“I think it was necessary for him,” Coates observed. “There’s something within him that angles him in that, you know, deeply optimistic way. But at the same time, he also believes that’s what the role requires, so it’s not, you know, much of an act for him either.”

Sanders says Democrats are "going to come together" on $3.5 trillion bill