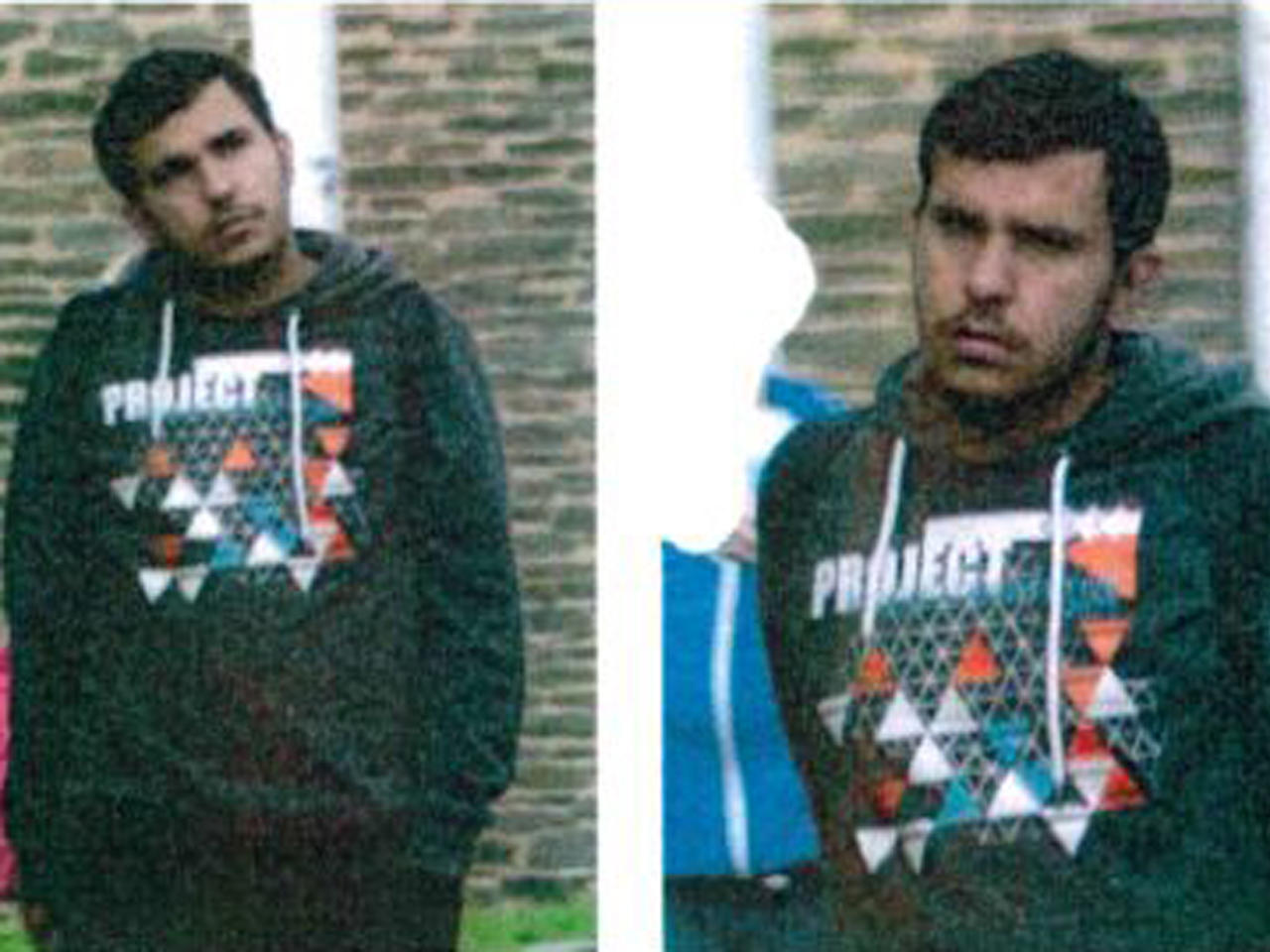 BERLIN -- A Syrian man who was granted asylum in Germany and is suspected of preparing a bomb attack at an unknown location was arrested early Monday following a nearly two-day manhunt, police said.

Jaber Albakr, 22, was arrested in the eastern city of Leipzig, police in Saxony state said. Police were informed that fellow Syrians were holding Albakr at an apartment and “immediately went there and arrested him,” Saxony police spokesman Tom Bernhardt said.

Leipzig is around 50 miles from Chemnitz, the city where he had evaded authorities on Saturday after they allegedly found a volatile explosive in a dwelling there.

Police aren’t giving further details “because we do not want to provoke any dangers for those persons who gave us the tip,” Bernhardt added.

News agency dpa, citing unidentified security officials, reported that it wasn’t clear how Albakr made his way from Chemnitz to Leipzig but, once there, he approached other Syrians at the train station asking if they could accommodate him. The Syrians took him home, where they constrained him and then called police.

Ulrike Demmer, a spokeswoman for Chancellor Angela Merkel, thanked security authorities and added: “Our thanks and recognition also go to the man from Syria who told the police where the suspect was and contributed decisively to the arrest.”

Police declined to clarify whether one or several Syrians helped with the arrest of the suspect.

Albakr, who comes from the Damascus area, escaped authorities on Saturday when they raided an apartment in Chemnitz. Investigators said they found “several hundred grams” of an explosive hidden in the apartment, enough to cause significant damage.

“According to what we know, the preparations in Chemnitz are similar to the preparations for the attacks in Paris and Brussels,” the Reuters news agency quoted German Interior Minister Thomas de Maiziere as saying in a statement.

The weekend raid came after Saxony police were given a tip from Germany’s domestic intelligence service that Albakr might be planning an attack.

On Saturday morning, as police prepared to raid the apartment building, Albakr was observed leaving the premises. Police fired a warning shot but were unable to stop him.

German media have reported that Albakr is believed to be connected to Islamic extremist groups, but Saxony police have not commented on his possible motive or the bomb plot’s target.

Federal prosecutors, who handle terrorism investigations in Germany, took over the case but had no immediate comment on Monday.

The explosives were destroyed Saturday in a controlled detonation by bomb squad experts in a pit dug outside the five-story apartment building because they were considered too dangerous to transport.

In July, two attacks carried out by asylum seekers and claimed by the Islamic State of Iraq and Syria, in which multiple people were injured and the assailants were killed, put Germany on edge -- along with two other attacks unrelated to Islamic extremism, including a deadly mall shooting in Munich.

Authorities say Albakr came to Germany in the flood of 890,000 migrants who entered the country in 2015 and had been granted asylum.

During the manhunt, federal police had increased security around the country, particularly around facilities such as train stations and airports.