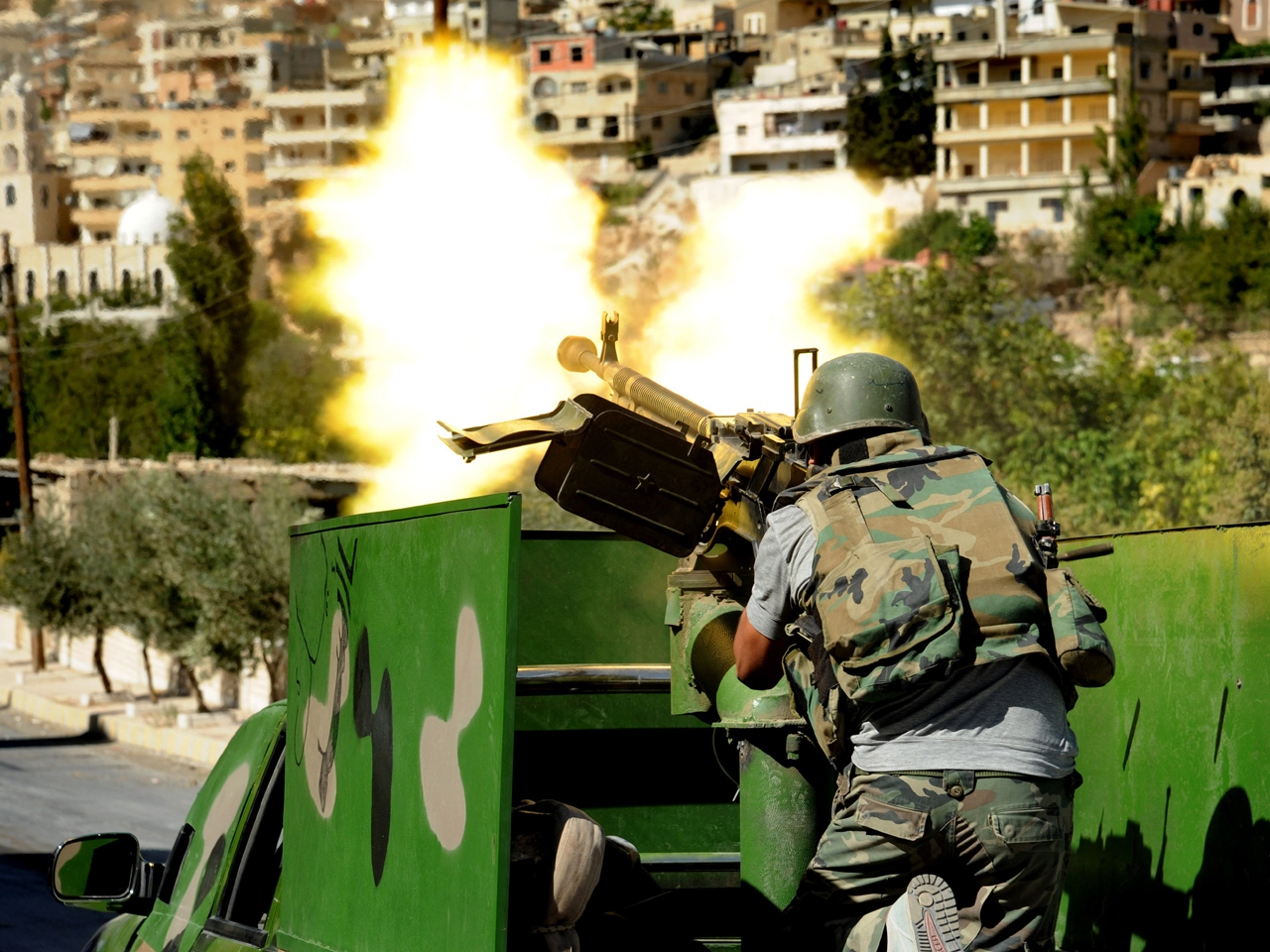 The U.K.-based Syrian Observatory for Human Rights said rebel fighters from the al Qaeda-affiliated Jabhat al-Nusra or Nusra Front and the Qalamon Liberation Front are in control of Maaloula, an ancient village that is home to two of the oldest surviving monasteries in Syria. Rebels captured the village on Saturday are reportedly destroyed military positions outside Maaloula.

But the Observatory reported on Monday that rebels are withdrawing from Maaloula after the government sent tanks and other reinforcements.

The battle has thrown a spotlight on the deep-seated fears that many of Syria's religious minorities harbor about the growing role of Islamic extremists on the rebel side in Syria's civil war.

The fighting in and around Maaloula entered its sixth day on Monday. Rebels said in a video released a day earlier that they will pull out of the town having achieved their objective of taking an army post there.

Rami Abdul-Rahman, who heads the Observatory, said troops attacked the hills around Maaloula early Monday under the cover of heavy shelling. He said the aim of the troops appears to "to isolate the rebels in the village."

The village, famous for being home to two of the oldest surviving monasteries in Syria, is nearly empty of its inhabitants. Only around 50 people remain there, according to a resident who left the area in the past days.

The man, who spoke on condition of anonymity for fear of reprisals from rebels, said there was a truce Monday morning in order for paramedics to evacuate 10 wounded Christian residents.

He added that one church on the western side of the village was burnt.

A nun in the village told the Lebanon-based Al-Mayadeen TV that Nusra Front members are still in control of the village, adding that they entered her convent early Monday and took pictures and videos of the site.

"The Syrian army is on the outskirts," said Pelagia Sayaf, who heads the Mar Takla convent. "We only know about what is happening in the convent. We know nothing about outside and whether anyone was killed or kidnapped ... There are sporadic clashes and I can hear the sound of warplanes."

In the video released by rebels, a masked commander surrounded by eight masked gunmen said that rebels would pull back from the town after "blowing up this post that used to harm Muslims." He added that "we will soon withdraw from this city not out of fear but to leave the homes to their owners."

As he spoke, sounds of explosions and shooting could be heard in the background. The commander said regime forces were shelling the village.

Two nuns also appeared in the video, saying they were well-treated by the rebels. "They behaved well with us and they did not harm us," said one of the nuns at the rebels' prompting.

The videos appeared genuine and corresponded to other AP reporting on the events depicted.

CBS News correspondent Elizabeth Palmer, reporting from Damascus, says that several hundred thousand Christians in Syria fear that an American attack could lead to their widespread persecution, by weakening the Assad government and strengthening Islamic rebels, many of whom are linked to al Qaeda.

Christians have flourished under the protection of President Bashar Assad, but there's widespread fear that era has ended as Muslim extremists gain power within the armed opposition.

Just two weeks ago, four mortars were fired into a Christian neighborhood in the capital. A local man, Agor, was killed.

"He was 42 years old," said Father Fadi al-Hamseh, of the Al Zeytouna Greek Catholic Church in Damascus. "He was a family man, had three children. He was my friend, really."

Father Hamseh said fighters are trying o force his community out. "If we try [and] stay we will die," he told Palmer.

Some residents of the town reached by phone had previously claimed abuses by rebels, including one who said he saw Christian villagers being threatened with death unless they converted to Islam. The accounts could not be independently verified. They also spoke anonymously for fear of reprisals.

Situated about 40 miles northeast of Damascus, Maaloula had until recently been firmly under the regime's grip despite sitting in the middle of rebel-held territory east and north of the capital.

The village was a major tourist attraction before the civil war. Some of its residents still speak a version of Aramaic, a biblical language believed to have been used by Jesus.

The attack highlights fears among Syrian Christians that the alternative to Assad's regime — which is made up mostly of Alawites, followers of an offshoot of Shiite Islam — would not tolerate minority religions.

Such concerns have helped Assad retain the support of large chunks of Syria's minority communities, including Christians, Alawites, Druze and ethnic Kurds. Most of the rebels and their supporters are Sunni Muslims.

The United States has been seeking international support for limited strikes against Assad's government, which it accuses of using chemical weapons in an Aug. 21 assault near the capital Damascus. The U.S. cites intelligence reports as saying the attack killed at least 1,429 people, including more than 400 children, though other estimates are much lower. President Barack Obama is also seeking authorization from Congress for the strikes.

In London, Secretary of State John Kerry said Syrian President Bashar Assad could resolve the crisis surrounding his purported use of chemical weapons by turning "every single bit" of his arsenal over to the international community by the end of the week.

But Kerry, who joined British Foreign Secretary William Hague at a news conference in London, said that he thought Assad "isn't about to do it."

Assad warned in an interview broadcast Monday on "CBS This Morning" that there will be retaliation against the U.S. for any military strike launched in response to the alleged chemical weapons attack. Assad said, "You should expect everything."

Asked to elaborate, Assad said, "You should expect everything. Not necessarily from the government." He added that the U.S. would "pay the price if you are not wise with dealing with terrorists."