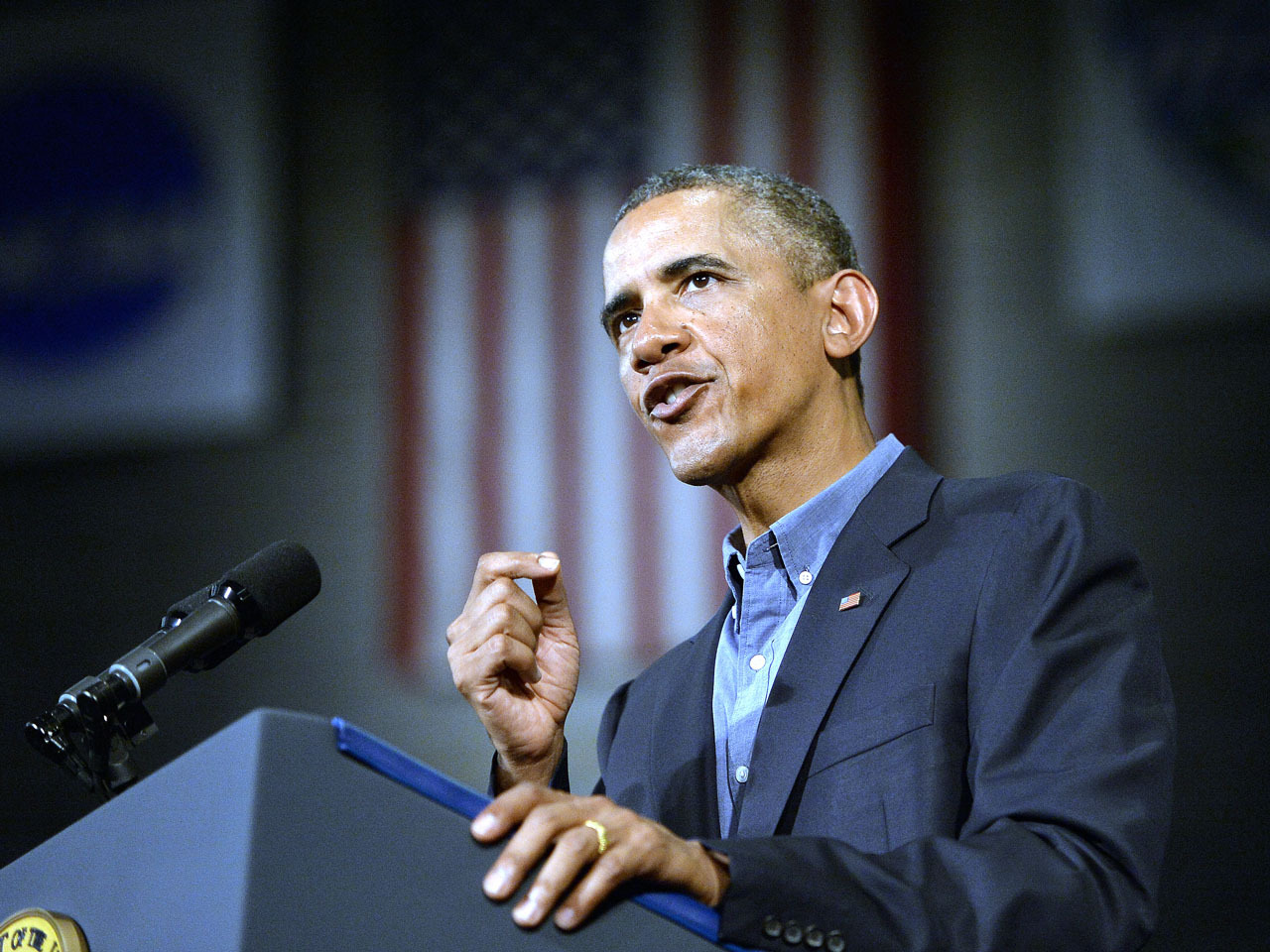 
When Barack Obama took office, the era of "dead or alive" foreign policy rhetoric was over. Even George W. Bush agreed this was a good idea. Obama's predecessor said that phrase--along with his "bring 'em on" taunt to Iraqi insurgents--were among his greatest mistakes as president. "I learned some lessons about expressing myself maybe in a little more sophisticated manner," said Bush. " 'Wanted, dead or alive'--that kind of talk. I think in certain parts of the world it was misinterpreted." The Die Hard-style talk made Bush sound like a cowboy who shot first and asked questions never.

Obama was going to be the polar opposite. He didn't pop off. He was measured in his mind, and his words would be, too. He told us as much in an early press conference. Ed Henry, then with CNN, wanted to know why the president was slow to get exercised about abuses at insurance giant AIG. The president snapped (by his standards): "It took us a couple of days because I like to know what I'm talking about before I speak."

But on the eve of the U.S. attack on Syria, President Obama is hemmed in by his own rhetoric in a way that many, back in 2008, would have associated with Bush rather than the man who won the Nobel Peace Prize based mostly on the quality of his words rather than his accomplishments.

As the president has weighed military action, talk of a moral response to the atrocity has been clouded by a discussion of how America's reputation would suffer if Obama did not act. A year ago, Obama said Syria's use of chemical weapons would cross a "red line." If you read his entire answer, Obama tries to dilute his comment almost immediately. He says his "calculus" and his "equation" would change, words that are meant to give him room to move. He didn't want to box himself into a military-only response. But when you use terms like "red line," it tends to make people not listen to the rest of the sentence. That's why you use the term in the first place.

Bashar al-Assad blew off the threat--many say repeatedly--and Obama did almost nothing. Now the Syrian regime has done it again. Obama must act or diminish American prestige, goes the thinking. Iran is watching, we are told. Allies are paying attention, too--wondering if the United States will keep its security commitments. If Obama doesn't follow up on his words in a sufficiently robust way, he might inadvertently embolden others. How credible will Obama's vow about blocking Iran's pursuit of a nuclear weapon be if he gives Assad a pass?

If preserving the power of words seems like a silly thing to ponder on the eve of war, it's worth remembering how much stock the Obama administration put in the power of the new president's words when he came to office. Then Chief of Staff Rahm Emanuel argued that Obama's Cairo speech would "go down as one of the most significant foreign policy speeches. ... It was equal to what Kennedy's speech was, what Reagan's speech was," he said. "I think he did 20 years' worth of work ... for advancing America's interests. ... We are no longer the issue in that region of the world." Given what has happened in that region of the world, Emanuel's comments not only seem naive about the Middle East, they seem naive about the power of words.

Obama is obviously compelled by more than having his bluff called. Had Obama never uttered the phrase "red line," he'd still be under public and personal moral pressure to act given the images of the attack. (Not to mention the private pressure from his U.N. ambassador Samantha Power.) Then again, those norms don't always force action. The United States did not respond when Saddam Hussein gassed the Kurds in 1988, even though, as Foreign Policy reported this week, the United States knew it was being done.

But there's no doubt that Obama's rhetoric has increased the penalty for inaction. It's one thing to fall short of the standard for the U.S. role in the world, as some commentators define it. It's a bigger failing to fall short of your own assertions.

This expression also exposed the president to the charge, made by my colleague William Dobson and Sen. John McCain, that his red-line comments became an invitation for Assad to do more because he knew that Obama wasn't serious. Despite what Obama said, what was conveyed through his actions and body language was that the red line was one that Obama didn't want to cross.

The president's rhetoric has opened him to other complications. He said that Assad must go, without coming up with an answer for who might replace him (or doing anything to push him). And last week Obama seemed to suggest that lack of U.N. support was a barrier to legal military action, more words he'll have to walk back when he takes action without U.N. support.

The danger of getting the language wrong is that it becomes shorthand for a more damning critique. If we're talking simply about language, the president's pickle can be chalked up to the inevitable tension in foreign affairs between what you can say in public and what you do behind the scenes (or are prepared to do in the future). But the disconnect between what Obama says and what he is prepared to do can also be linked to the larger claim that he does not perceive the underlying challenges of foreign policy clearly. He not only got the rhetoric wrong last August, goes the thinking, he misunderstood the conditions. Had he a clearer vision, he might have agreed with his advisers who pushed him to support the Syrian opposition more heavily last year. By acting earlier he might have removed the conditions that are forcing him to act now. Or, more realistically, the chances of a good outcome a year ago were no worse than a good outcome from the coming attack.

The disconnect between what the president says and does, and how the world receives it is now playing out on the eve of U.S. military strikes. When the president justifies the attack, he will wrap it in talk of morality and international norms, but the words of resolve will be undermined by the reluctant walk-up to the moment. The true thrust of the operation was perhaps best captured in a blind quote in a Los Angeles Times story in which an official familiar with the coming operation categorized it as "just muscular enough not to get mocked."

That certainly doesn't sound like anything you'd associate with the Bush administration. But it does sound like what someone might have said after Bill Clinton ordered a cruise missile attack on a pharmaceutical plant in Sudan in 1998. In choosing the path forward in Syria, the president bounces between the legacy of the two presidents who went before him.