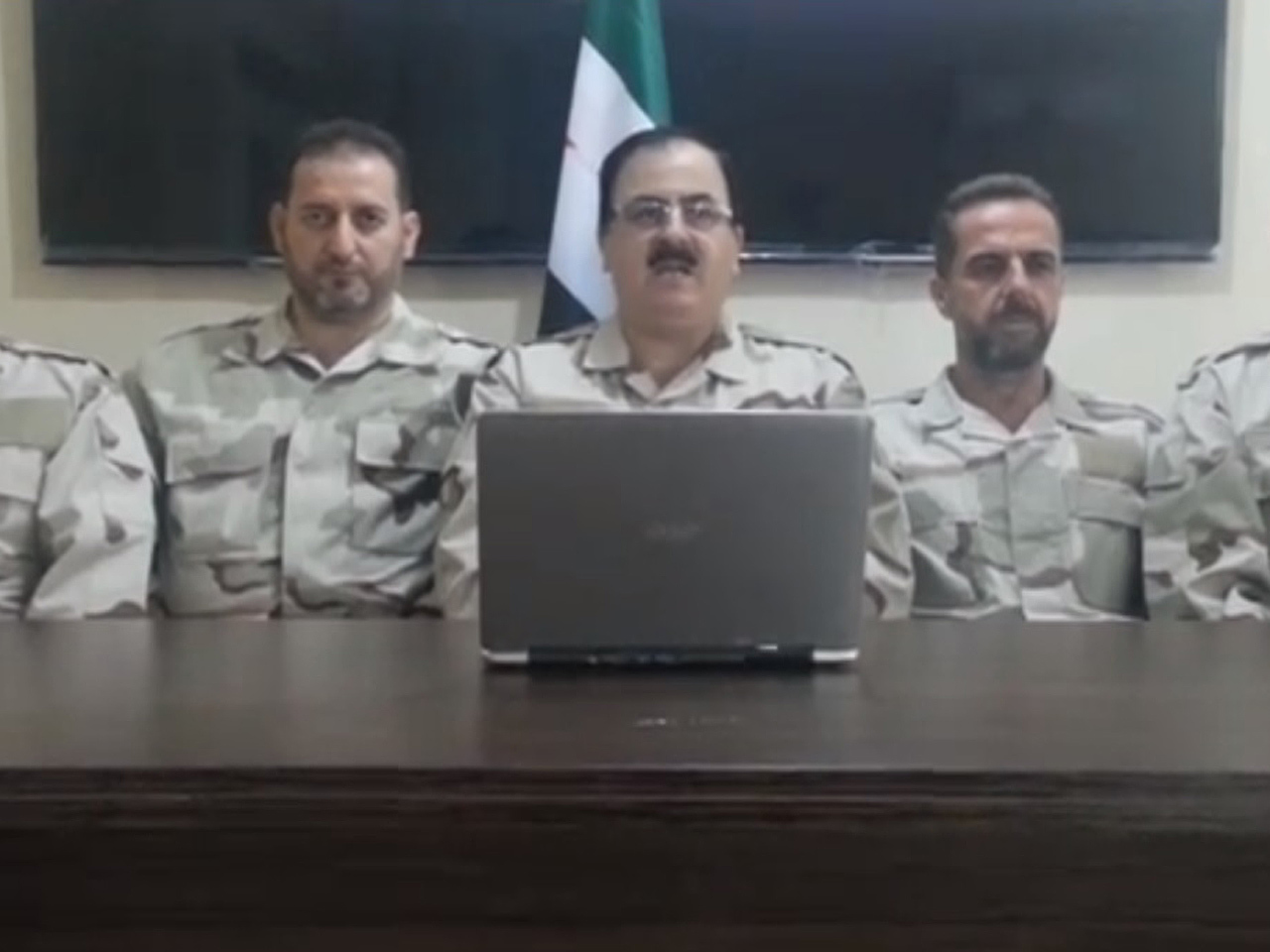 The military wing of the U.S.-backed Syrian National Coalition (SNC), an umbrella opposition group fighting against President Bashar Assad, has flatly rejected a proposal by Russia which would see the regime hand over control of its vast chemical weapons stockpiles to international control to avoid U.S. military strikes.

After more than two and a half years of bloodshed in Syria which has left more than 100,000 people dead and millions displaced, the Russian initiative was announced Monday and quickly agreed to by Assad's government.

The U.S., Israel and France have voiced cautious optimism that the plan could yield results, but remain skeptical that Syria is genuine in its offer to hand over the weapons, and concerned about how such an operation could actually function in a country where fighting between government forces and rebels is intensifying.

Late Wednesday, Gen. Salim Idriss, the head of the SNC's military council, said in a video posted online that he and his fellow rebel commanders "announce our definitive rejection of the Russian initiative to place chemical weapons under international custody."

"We ask that the international community not be content with withdrawing chemical weapons, which are a criminal instrument, but to hold the perpetrator accountable and prosecute him at the International Criminal Court," Idriss said, blaming Assad for an Aug. 21 chemical weapons attack on the Damascus suburbs which the Obama administration says left at least 1,400 people dead.

French Foreign Minister Laurent Fabius said Thursday, meanwhile, that a United Nations team of inspectors would likely publish its report on the attack in the eastern Ghouta suburbs on Monday.

The team of about 20 inspectors spent three days collecting evidence and interviewing people in the area with a mandate to determine exactly which chemical agents were used -- but not to say which side used them. While the rebels, the U.S., France and many analysts are convinced it was Assad who fired sarin gas into Ghouta, the Syrian regime insists it was an attack by rebel forces, a scenario Russia has also suggested.

"Removing the criminal tools is one matter and holding the criminal accountable is another," Idriss said, while renewing his call for the United States and other "friendly" nations to provide more weapons to his rebel fighters.

Idriss' stance that a chemical weapons handover by Assad wouldn't go far enough was predictable: his forces were being beaten in many parts of Syria by Assad's and the U.S. strikes the Russian proposal seeks to avert could have given the rebels an opportunity to go back on the offensive.

Nevertheless, the international focus has shifted definitively this week to the diplomatic effort, with U.S. Secretary of State John Kerry set to meet his Russian counterpart Sergey Lavrov in Geneva to debate the practicalities of the Russian proposal. The Obama administration has made it clear that Kerry's mission is to assess the technical feasibility of Assad handing over his weapons in a verifiable manner.

A U.S. official told reporters during Kerry's flight to Geneva that the Obama administration would use the meeting to "see if in fact we can test whether there is a credible and authentic way forward here, that the Russians mean what they say, as importantly, probably more importantly, that Assad means what he says and that in fact we can move forward with a program that is verifiable, that can happen expeditiously, so that Assad cannot have access to and continue to use chemical weapons against his own people."

The official deemed the prospect of bringing Syria's chemical weapons verifiably under international control, "doable but difficult and complicated."

The White House said Wednesday that any plan must at least include a way to verify the removal of the weapons from Assad's control, but the administration declined to give any further conditions or lay out a timeline for negotiations.

"It's simply too early to begin, from here, to pinpoint what must be in the United Nations Security Council resolution beyond a verifiable process for removing chemical weapons from Assad's control into international control," White House spokesman Jay Carney told reporters.

Given the serious challenge of verifiable removing chemical weapons from a war-torn nation, Carney said "Syria would have to keep any commitment it made to allow for this process and to facilitate this process." Russia, he added, as the nation that first proposed the plan for Syria to hand over its chemical weapons, "would have to engage directly in verifying and making it happen."