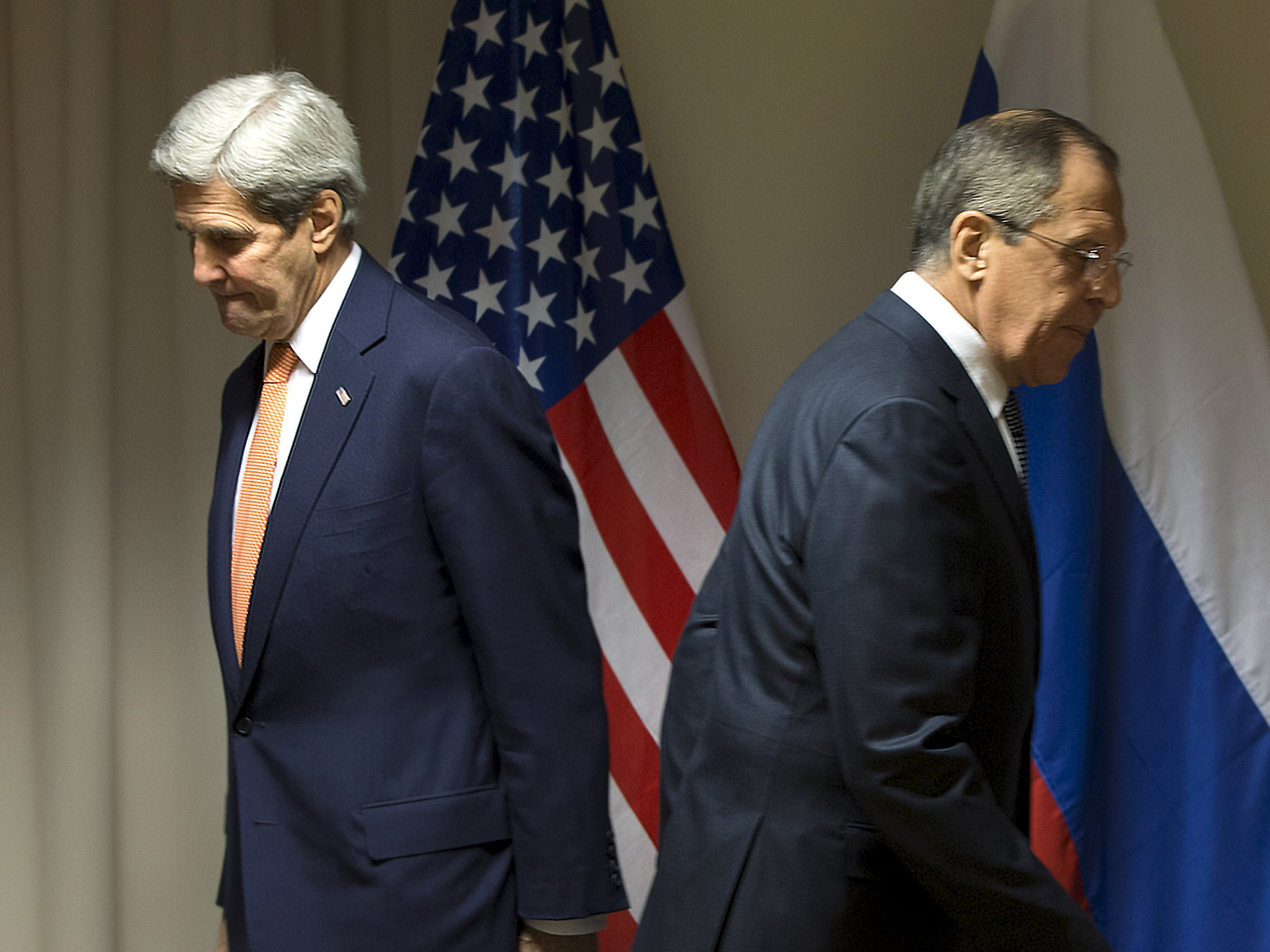 The first U.N.-brokered meeting among Syrian parties will be "proximity talks" in which representatives of the government and opposition gather separately, Kerry said on the sidelines of the World Economic Forum in Davos, Switzerland. The talks are tentatively planned to take place Monday, but diplomats say that could slip by up to a few days.

The cautious, step-by-step approach points to the delicate task faced by U.N. Special Envoy for Syria Staffan de Mistura, who is eager to make concrete progress toward ending the nearly five-year-old war that has claimed more than 250,000 lives, displaced millions and provided an opening to the extremist Islamic State of Iraq and Syria, or ISIS, to seize land.

The intra-Syrian talks also come against the backdrop of a string of recent battlefield victories by the government that have bolstered President Bashar Assad's hand and plunged the rebels into disarray, raising the prospect that the Geneva talks could become moot as the situation on the ground evolves.

He laid out a "firmly embedded outline" to the talks in which de Mistura is to shuttle back and forth between delegations and say, "OK, here's how we envision a cease-fire" to one, and then return to the other side.

"That's proximity talk," Kerry said. After that de Mistura will try to move forward on a congealing international push toward "the transition discussion" as presented in a U.N. resolution that envisages an 18-month timetable for a political transition in Syria and other talks over ways to end the crisis.

"We don't want to waste time," Kerry said. "We have to get into the talk of creating this unity transitional government which the Iranians have proposed, the Russians have accepted, and everybody has signed on to in the context of Geneva and Vienna twice, and the U.N. Security Council resolution."

The Geneva talks build upon diplomatic cooperation in Vienna in November and last month's U.N. Security Council resolution that set a target for peace talks to start this month. The resolution also aims to produce credible governance and a schedule for drafting a new constitution.

De Mistura's initiative in Geneva marks the third try to get the two sides to embark on a long-elusive peace process: An attempt in Montreux, Switzerland, in early 2014 collapsed when the government delegation refused to discuss Assad and branded the opposition terrorists.

One of the major sticking points this time has been the list of invitees.

Speaking to Al Jazeera English TV in Davos, de Mistura acknowledged "hiccups" in the process, "but we have quite a lot prepared." Alluding to a goal of the talks, he said the Syrian people "need to feel comfortable that what we are doing is really business this time."

De Mistura said he has noticed over his 42 years of experience at the U.N., "every time we are getting close to a real discussion, the humanitarian aspect sometimes gets even worse because there is an acceleration of military activity."

"So what we are going to do, and we already started, is linking the discussions in the conference with actual what we call confidence-building measures," he said.

In an interview Wednesday with The Associated Press, Foreign Minister Javad Zarif of Iran - a strong backer of Assad - said he had not seen a final list of expected attendees in Geneva. Also on hand in Davos on Thursday, Ahmet Davutoglu, prime minister of Syria's neighbor Turkey, said the "only criteria" was that "there should not be representation of terrorist groups."

Kerry, who met with Russian Foreign Minister Sergey Lavrov in Zurich on Wednesday and then briefly with Zarif in Davos, will be traveling to Saudi Arabia over the weekend for talks with Saudi officials on how to push forward the political process.

He said he believed current tensions between Iran and Saudi Arabia, inflamed by the Saudi execution of a prominent Shiite cleric that sparked the sacking of the Saudi Embassy in Tehran, would not affect the Syria talks. And he noted that Iran's supreme leader, Ayatollah Ali Khamenei, had on Wednesday apologized for the attack on the embassy.

"The supreme leader went to the extraordinary length of actually apologizing yesterday," Kerry said. "That is very significant and I hope people will recognize that in today's context, measured against where we've been, that's a huge step."