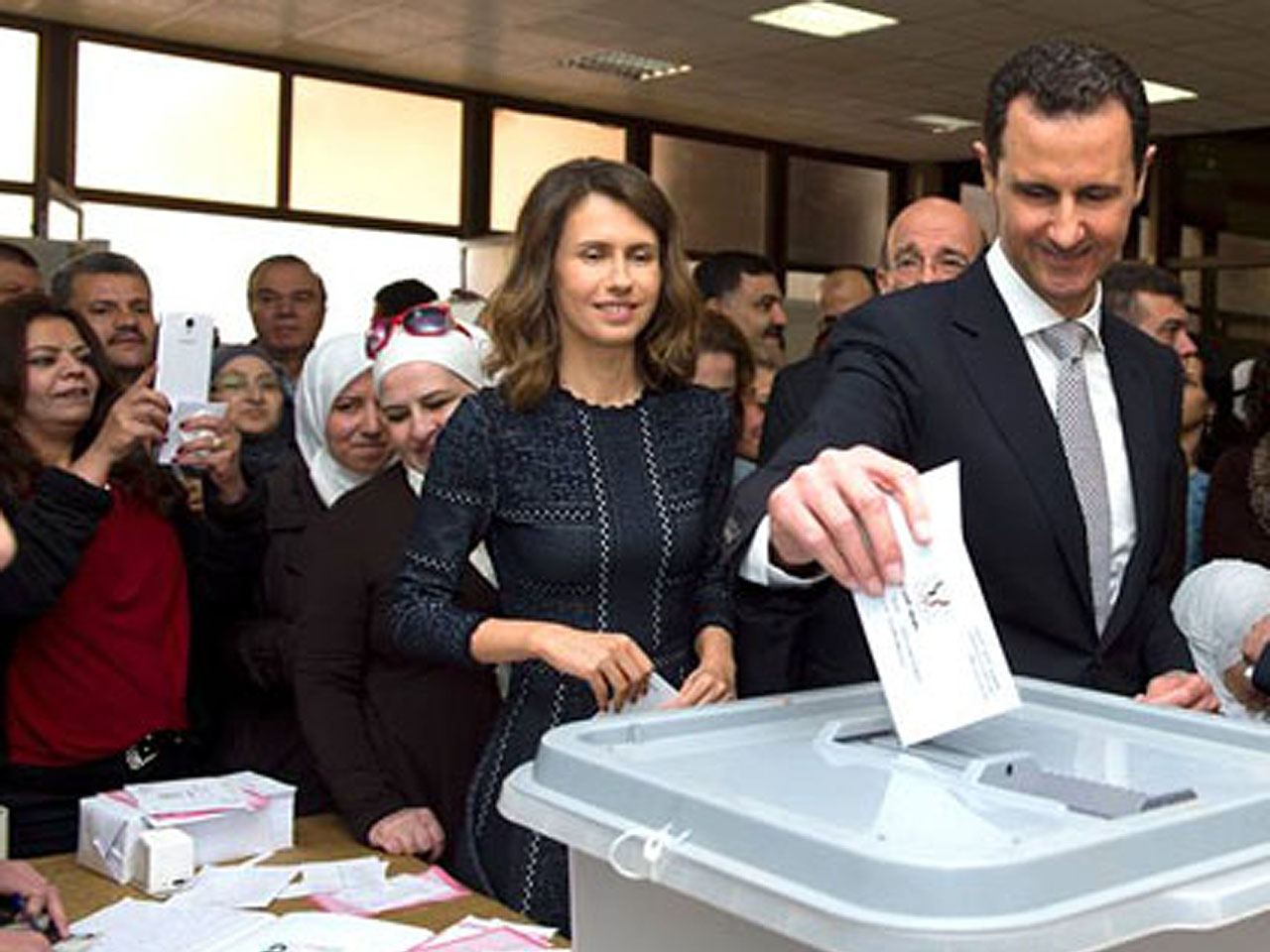 DAMASCUS-- A steady trickle of voters turned up at polling stations in the Syrian capital Wednesday to cast ballots in Syria's improbable parliamentary elections as armed guards looked on.

More than 3,000 candidates are running nationally, but none of them stand in real opposition to President Bashar Assad's policies. About 7,000 other candidates pulled out of the election, which Assad's foes argue shouldn't have been held to begin with as the war is blocking millions of Syrian's from having their say.

CBS News correspondent Elizabeth Palmer resports the fragile cease-fire that has largely held for weeks, is collapsing with a new Russian-backed govnernment offensive.

There are no voting stations open at all in two of Syria's 14 provinces, and in other areas, ballot box availability is hit-or-miss. In the northern province of Raqqa, the Islamic State of Iraq and Syria (ISIS) remains firmly in control, while their rivals in the al Qaeda-affiliated Nusra Front hold Idlib province to the west.

An estimated 3 million Syrians have fled their homeland seeking refuge in neighboring nations, and there are no provisions in place to enable them to vote. Another 6.5 million are thought to be internally displaced. In all, Palmer says about half of Syria's population is unable or unlikely to vote.

But with peace talks set to resume in Geneva and government forces pushing to reclaim groundaround Damascus and Aleppo, the Assad regime is keen to claim any political gains it can to increase leverage at the negotiating table -- regardless of how hollow those gains may appear to outside observers.

Syrian state TV showed a smiling Assad casting his ballot in the capital alongside his wife on Wednesday.

As he showed up to take his turn, Damascus travel agent Alaa Absi told Palmer he was "voting for members of parliament because they are the people's voice."

"Maybe they will be able to help with our problems caused by the war," he said.

Other Damascus residents who spoke to Palmer as they cast their ballots were less optimistic that the process could affect any real change in their country's dire circumstances. Some did say, however, that the voting ritual in and of itself was reassuring, giving a sense that they were doing somethingin a situation where they have felt helpless for years.

To call the election deeply flawed by any democratic standards would be an understatement. Polling stations are only open in government-controlled territory, where, Palmer notes, there's likely to be relatively high support for Assad anyway.

In the huge swathes of the country under opposition control, the whole process is regarded as a cynical charade. The National Coalition for Syrian and Revolutionary Forces -- the main Western-backed umbrella opposition group -- issued a statement saying it would not recognize the elections as legitimate.

The Assad regime has announced that it won't join the new round of peace talks in Geneva, set to kick off Wednesday, until the end of the week -- after the votes are counted.

An opposition TV channel in Syria showed residents in Idlib province deriding both the vote and the Syrian Parliament's role as Assad's rubber-stamp legislature.

"The regime is putting on a show for its own interests," said one man.

But it's a show that, in the capital at least, has all the props and trappings of a genuine political contest; campaign posters in the streets, indelible blue ink-stained fingers to mark those who have participated, and ballot boxes.

The ballots themselves, however, are just unnumbered slips of paper, and no one expects this show to have a surprise ending.