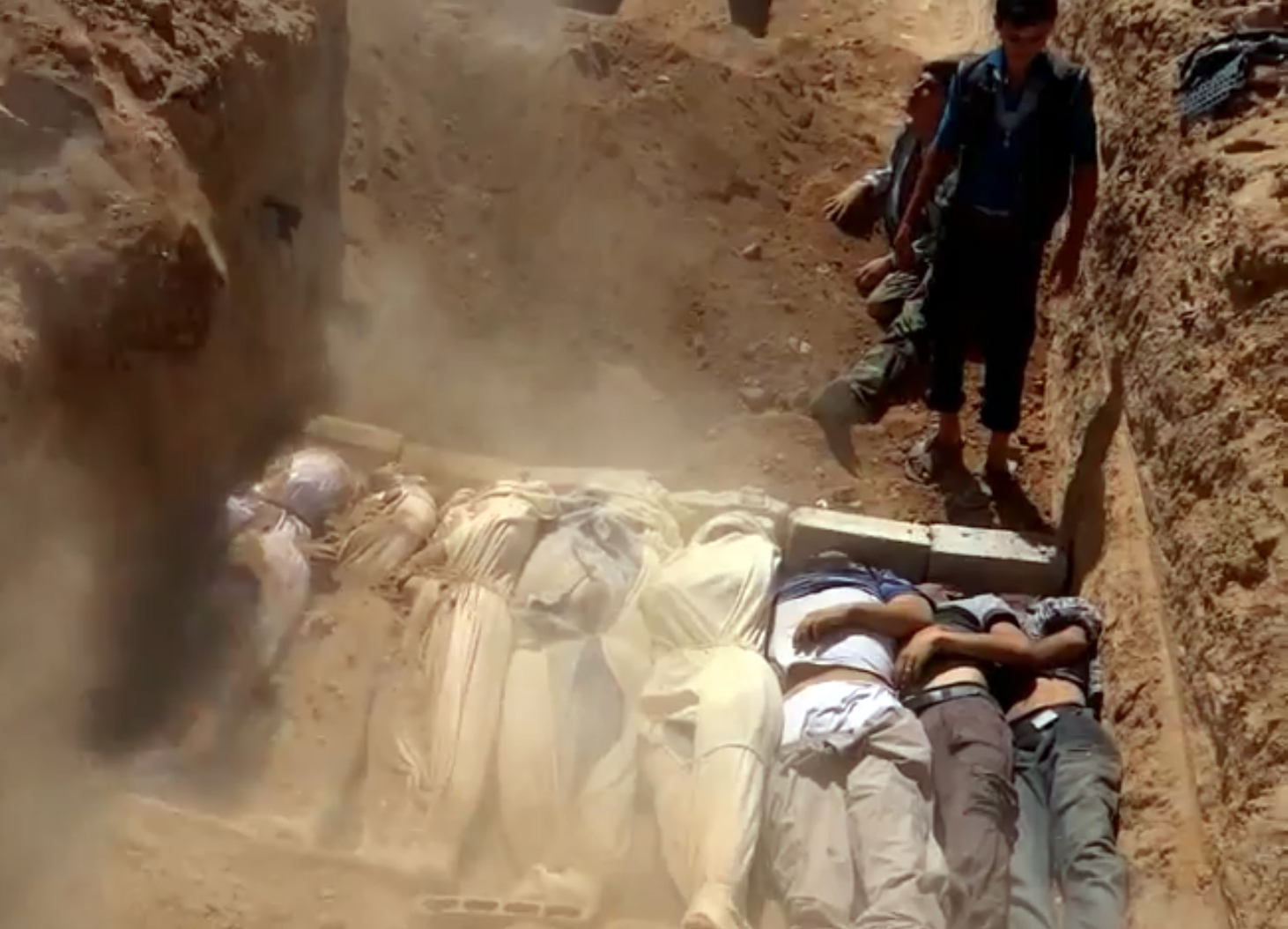 WASHINGTON -- A chemicals weapons attack in Syria last summer that the U.S. says killed more than 1,400 people was the world's worst human rights violation of 2013, the Obama administration concluded Thursday.

The report by the State Department also foreshadowed the unrest that has gripped the Ukraine in recent weeks and toppled its government.

The survey singled out some usual suspects in its annual roundup of abuses: Iran, for manipulation of elections and civil liberties restrictions; North Korea, for rampant reports of extrajudicial killings, detentions, and torture; and Belarus, for beatings of protesters and lack of checks and balances by the authoritarian government.

But the department it said the Aug. 21 chemical weapons attack on the Damascus suburbs in Syria was "one of many horrors in a civil war filled with countless crimes against humanity, from the torture and murder of prisoners to the targeting of civilians with barrel bombs and Scud missiles, which has claimed more than 100,000 lives."

"The tragedy that has befallen the Syrian people stands apart in its scope and human cost," the report concluded.

The U.S. has said at least 1,429 people, including more than 400 children, were killed in the attacks. The U.S. cites intelligence reports, but has not provided specifics on how the figure was obtained.

The Britain-based Syrian Observatory for Human Rights, which collects information from a network of anti-regime activists in Syria, has reported a far lower death toll.

In a sign of things to come, the report also highlighted government crackdowns on peaceful protests in Ukraine and Russia's refusal to punish human rights abusers during 2013.

Those findings showed the brewing unrest in Ukraine over the past year that erupted this month, forcing President Viktor Yanukovych to flee the capital, Kiev. On Thursday, Russian news agencies reported Yanukovych was staying at a Kremlin sanatorium, outside Moscow, for protection.

In Ukraine, according to the report, parliamentary elections did not meet international standards for fairness or transparency, and security forces beat protesters with batons and other forms of force at a peaceful Nov. 30 demonstration against the government at Kiev's main square.

But the report said the most egregious abuse in Ukraine last year was the government's crackdown on media, including violence against journalists. It criticized Yanukovych's government for increasing pressure on civil society activists and non-government organizations.

The report said Ukrainian security forces beat detainees, maintained unhealthy prisons, fostered corruption in the courts and across the government, and harassed or otherwise discriminated against ethnic minorities and gay people.

In nearly every area of the globe - from hazardous labor conditions in Bangladesh, where a factory collapse killed more than 1,100 workers, to harassment of media in Venezuela - the department's survey found human rights abuses.