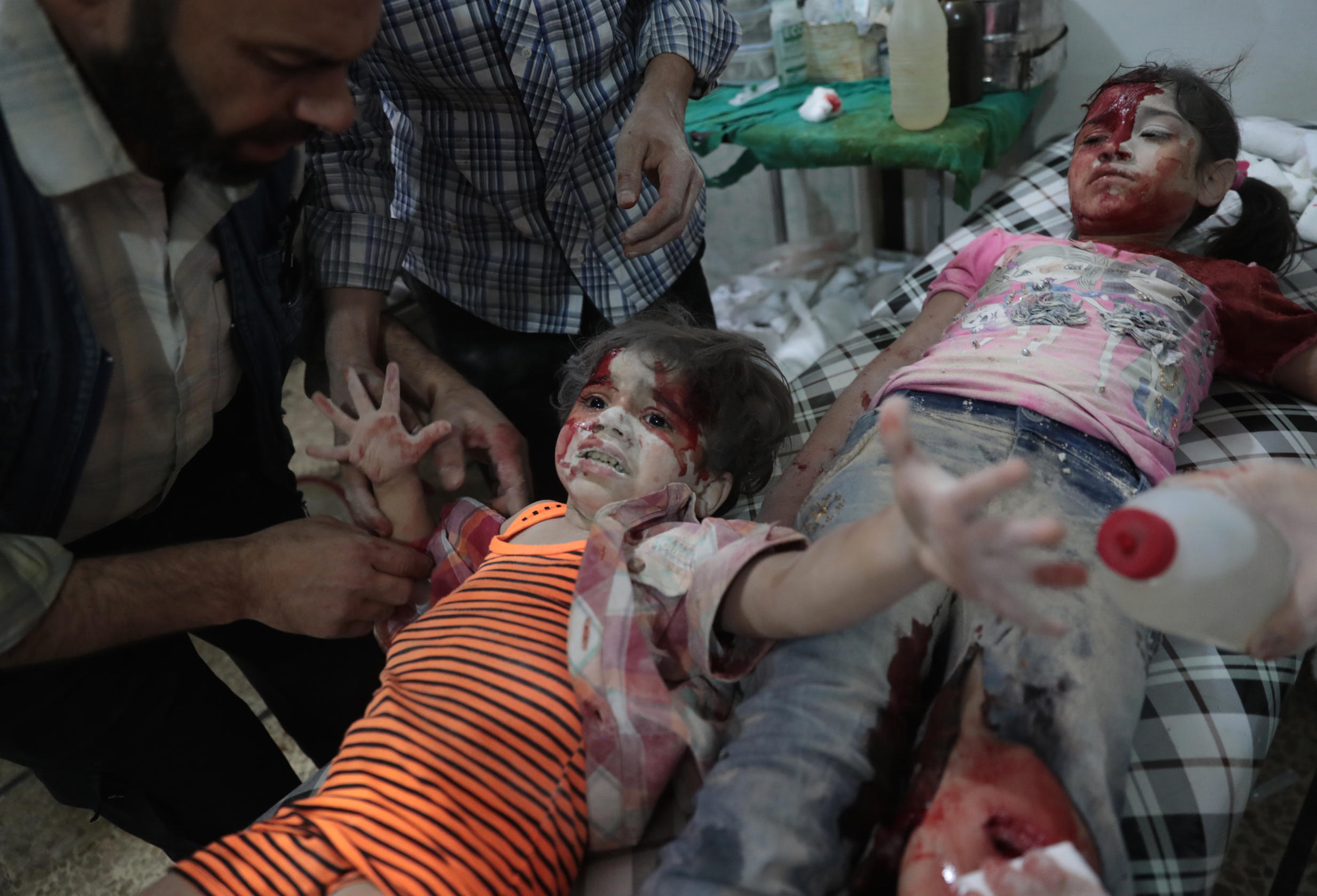 BEIRUT -- The cease-fire in Syria appeared to be holding on Tuesday despite sporadic and minor violations, with observers saying most of the country was calm amid the latest attempt by the United States and Russia to bring some quiet in the country’s devastating civil war, now in its sixth year.

The deal, hammered out by U.S. Secretary of State John Kerry and his Russian counterpart Sergey Lavrov last week in Geneva, officially came into effect at sunset Monday. The Syrian army announced at the time that it would abide by the cease-fire until midnight Sunday, while maintaining its right to defend itself against any violations.

It’s the second attempt this year to try reduce violence in war-torn Syria where the 5 ½ year conflict has killed more than 250,000 people and displaced half the country’s population of 11 million. A truce in late February collapsed just days later.

Speaking Monday to CBS News correspondent Margaret Brennan, Secretary Kerry said Washington would gauge individual reports of cease-fire violations as they cropped up. He cautioned that the deal represents the Syrian regime’s “last shot” at a political resolution to the grinding, five-plus-year crisis politically.

“If the Assad regime later on decides to break this (cease-fire), then that’s their last shot,” Kerry told Brennan. “There will be other alternatives available to other countries and to ourselves and those have to be determined in the future.”

If calm holds for seven days, the U.S. and Russia would then set up a new cooperate center that would jointly develop strategies to combat the al Qaeda-linked group formerly called the Nusra Front and now known as Jabhat Fatah al-Sham.

CBS News correspondent Elizabeth Palmer reports from Damascus that a calm had settled across the country by Tuesday morning. Just before the truce took effect, however, Assad’s forces remained on the offensive​, and he appeared himself in the Damascus suburb of Daraya -- retaken just a couple weeks ago by government forces -- and vowed to retake the rest of Syrian ground from the “hands of the terrorists.”

In spite of the rhetoric, Palmer says all sides in the complicated war, including Assad’s forces, are exhausted and overstretched.

Under the truce, Assad’s forces are no longer supposed to bomb Syria’s opposition. The Syrian air force has been dropping barrel bombs on civilian areas under the pretext of targeting militants.

For the moment, “calm is prevailing in all areas,” said Ahmad al-Masalmeh, an opposition activist in the southern province of Daraa -- where Syria’s crisis began in 2011.

In the northern city of Aleppo, where the fighting has concentrated over the past few months, opposition activists said rebel-held parts of the city were calm on Tuesday morning but many people were still hunkering down in their homes, fearful of going out. Aleppo-based activist Baraa al-Halaby said no aid deliveries, which are also part of the cease-fire deal, have entered the contested area.

Palmer notes that one of the greatest hopes under the cease-fire is that aid will start flowing again into Aleppo and other besieged areas. The first convoy of aide trucks was seen crossing from Turkey into northern Syria on Tuesday morning.

Rami Abdurrahman from the Britain-based Syrian Observatory for Human Rights said there was “calm” in most of the country Tuesday, with minor violations in central Hama province.

Another activist group, the Local Coordination Committees, reported some shelling in Aleppo and the southern region of Quneitra, while state media said there were “breaches” of the truce by rebels in the contested city of Aleppo.

The deal’s architects hope the cease-fire will pave the way for an extended period of restraint that can serve as the foundation for peace talks. As the cease-fire came into effect, Kerry on Monday also urged Syrian rebel factions to distance themselves from al Qaeda-linked militants.

In other developments, the Syrian military announced its forces on Tuesday shot down two Israeli aircraft -- a warplane and a drone -- near the Israeli-controlled part of the Golan Heights. The Israeli military quickly denied the Syrian claim.

The Israeli military said “two surface-to-air missiles were launched from Syria after the mission overnight to target Syrian artillery positions” but that the safety of Israeli planes was not compromised.

It was the fifth case since last week in which fighting in Syria spilled over into Israel, and the first since the truce started. Israel has largely remained on the sidelines of the fighting in Syria, but has carried out reprisals on Syrian positions when errant fire previously landed in Israel.