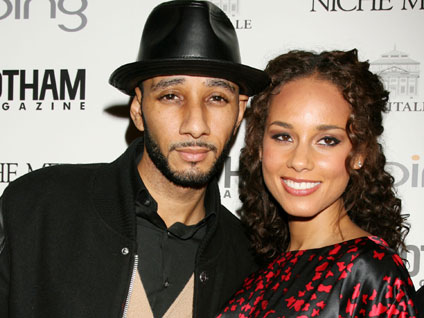 NEW YORK (CBS/AP) Alicia Keys is in a motherhood state of mind: She's pregnant with her first child.

The Grammy Award-winning R&B singer has been dating producer Swizz Beatz, who has written hits for artists including Beyonce and Jay-Z. They're engaged to be married at a private ceremony later this year. Pictures: Celebrity Weddings and Engagements
Pictures: Celebrity Baby Bumps

Representatives for the couple confirmed the news Thursday night.

The two have been together since Fall 2008.

"They're very happy," a friend of the couple told People magazine.

Keys last year teamed up with Jay-Z for a hit song about New York called "Empire State of Mind." She's among a string of international artists slated to perform at a June 10 concert to mark the start of the World Cup soccer tournament in South Africa.

Beatz, whose real name is Kasseem Dean, has been married before and has two sons.