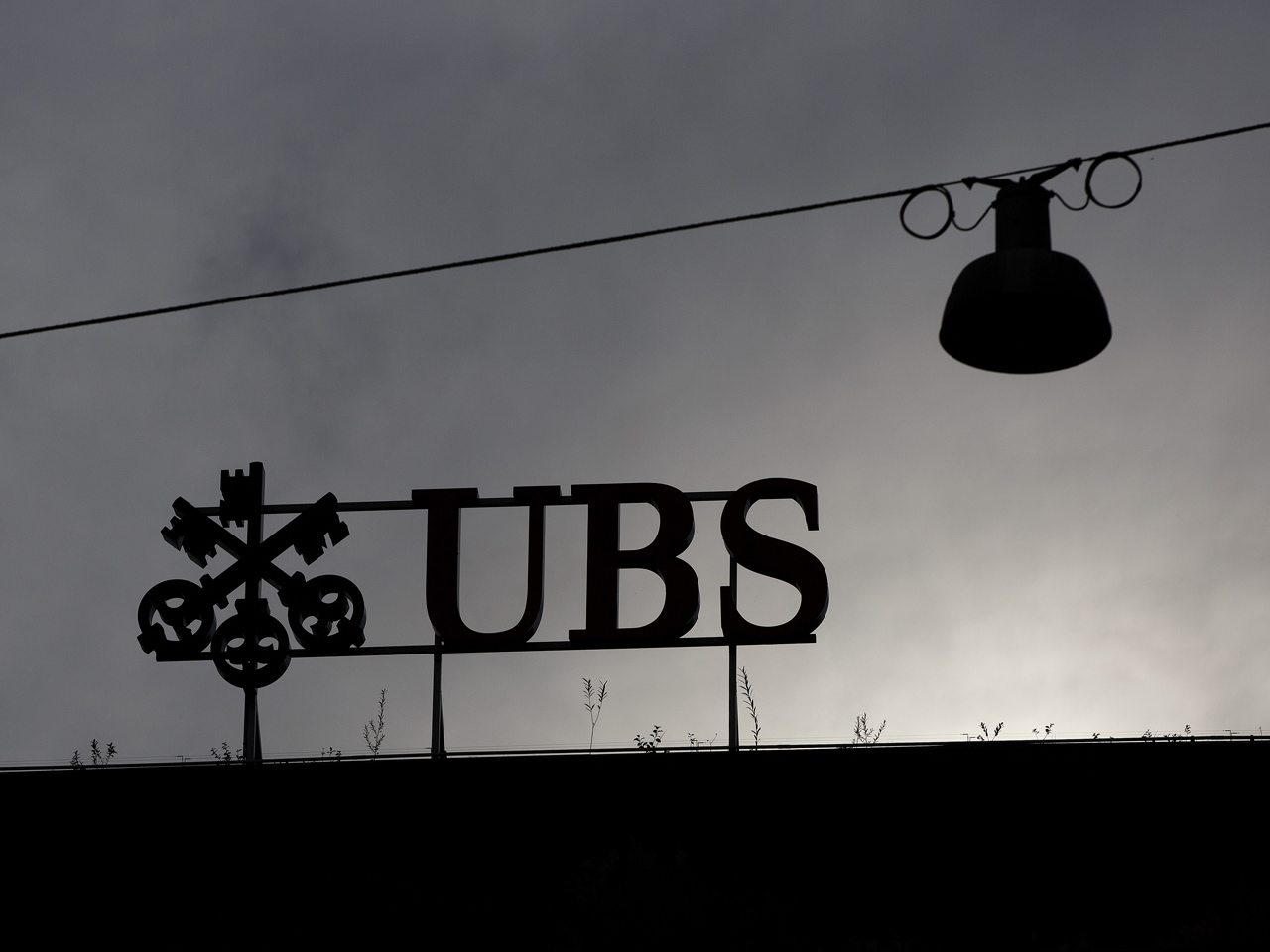 GENEVA Swiss banking giant UBS AG is to cut as many as 10,000 employees, or some 15 percent of its staff, to drastically shrink its ailing investment bank.

The news of the layoffs came as Switzerland's biggest bank posted another big loss for the third quarter. It said Tuesday that the job cuts are part of a strategy to shore up profits.

Some 7,500 jobs are to be cut mainly in London and the United States, where UBS has a prominent building and trading operations in Stamford, Conn., near New York City. The other 2,500 cuts are to be in Switzerland.

Investors cheered the move and the stock was trading 5 percent higher Tuesday in Zurich at 13.80 Swiss francs. That's on top of the 7.3 percent rise on Monday amid speculation over the cuts.

UBS blamed the loss on a 3.1 billion francs charge at the investment bank and an 863 million francs hit linked to an accounting rule on how banks must value their debt.

In what it called "a significant acceleration" in its transformation, the bank said it would sharpen its focus on the investment bank and appoint a new executive, Andrea Orcel, formerly of Bank of America Corp., to lead it. The current co-head of the investment bank, Carsten Kengeter, is stepping down from the group's executive board to unwind the non-core assets.

UBS CEO Sergio Ermotti said the investment unit, which has been hit by a series of costly blunders in recent years, will "continue to be a significant global player in its core businesses."

But tighter industry-wide requirements for banks to increase their capital cushion also have hurt profitability as banks have less cash to invest.

"It can't get better than this point for us to act," he told reporters.

Ermotti, who took over in November after the discovery of unauthorized trading last year, has been downsizing the investment bank to meet stricter capital requirements and shrinking profits due largely to Europe's sovereign debt crisis.

Former UBS trader Kweku Adoboli has been facing trial in London this month on charges of committing fraud that cost the bank $2.3 billion. He has told the jury that the losses came after senior traders persuaded him to change from a bearish to a bullish point of view in July 2011.

But the bank also has been under fire on other fronts. In 2008, it was forced to seek a bailout from the Swiss government when it was hard hit by the financial crisis and its fixed-income unit had more than $50 billion in losses.

UBS is one of several global banks being investigated in the U.S. and other countries for alleged rigging of benchmark interest rates known as Libor, or London Interbank Offered Rate. In April, Ermotti said Switzerland's tax disputes with the United States and some European nations are "an economic war" putting 20,000 jobs at risk.

Switzerland has been trying to shed its image as a tax haven, signing deals with the United States, Germany and Britain to provide greater assistance to foreign tax authorities seeking information on their citizens' accounts in the Alpine nation.

But the tax agreements have drawn fire from Switzerland's nationalist People's Party, which won more than a quarter of the vote in last year's general election, with some lawmakers saying they will try to block the treaties through referendums.