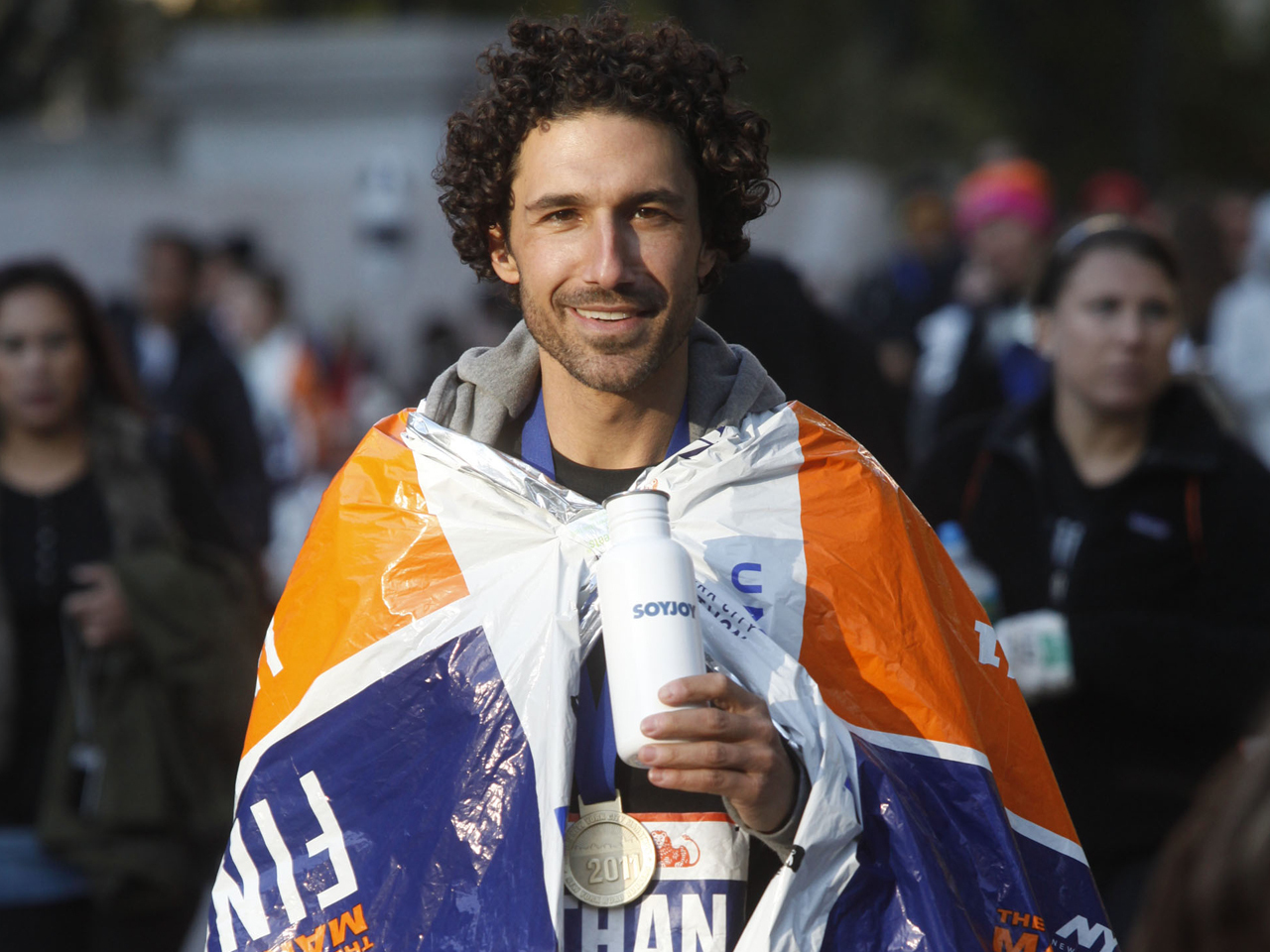 Just a few months ago, Ethan Zohn couldn't leave his New York apartment unless he was going to a doctor's appointment. The reality TV star was facing his battle with Hodgkin's Lymphoma head-on for a second time, undergoing treatment and getting rest while his body battled the disease.

The Season 3 "Survivor" champ is feeling a lot better these days, training for the Boston Marathon and gearing up for Sunday's Cycle for Survival benefit in New York. It's a national, indoor team cycle event, held at various Equinox gyms, to raise money to fight rare cancers by funding research led by Memorial Sloan-Kettering Cancer Center.

"There are more and more people living with cancer...People are used to young people with cancer and old people with cancer," said the 39-year-old former pro-soccer player. "The young adult cancer generation is a little bit forgotten. And that's really the people who are getting cancer, surviving cancer and having the rest of their lives to live. And 50 percent of them are rare cancers."

Which is why Zohn has focused his efforts on the cause.

"The drug that I was on was literally passed by the FDA two months before I needed it. I was diagnosed in 2009 and the drug wasn't available and then I relapsed and the drug was available," said Zohn, who also competed on CBS' "The Amazing Race" in 2011. "So in those 20 months I was in remission, the drug came to fruition and was able to be used and helped save my life."

Zohn was first diagnosed with the rare cancer in 2009. But it was when it came back in 2011 that he really took it hard.

"Actually getting the diagnosis is almost a little bit of a relief because with my symptoms leading up to it, I was going crazy. I had really itchy skin. I couldn't sleep...What was more difficult was when I realized -- getting the news that the cancer returned was deflating. I felt like I had failed," he said, later adding, "I went public. My choice was a cathartic way to deal with my situation. I helped create, and the media helped nurture this vision of hope and this source of strength and survival -- and then the cancer came back. I felt like I had let people down...I felt a little embarrassed."

"The second time I took a step back. After the second time around, I switched focus - and it's more about the movement in cancer," Zohn added.

"My biggest advice it to share how you're feeling with a friend, a family member, or a stranger. It's one of the loneliest experiences you'll ever go through. You're surrounded by friends and family, but you're still completely alone."

Now in remission again, Zohn says he's busy staying in shape, doing pilates and a mix of running and walking.

"I'm going to be walk/running these marathons...It's nothing like I was before. I've come to accept that I'm not going to be a high-level athlete," said Zohn, who completed the New York City Marathon in November 2011.

Life's a lot different than when Zohn appeared on CBS' "Survivor: Africa" in 2001. But he still watches the show every week.

"I think the game has changed significantly," Zohn said about the long-running series. "It's not better or worse; it's just different. I don't even know I'd fare now. Back in the day, it was a lot about personal relationships and survival. I had a moral dilemma where I had to decide whether I was going to vote off my friend because it was better for me, or I wasn't. That, for me, was difficult. I just feel like some people go in with the attitude that it's all game-play."

When asked whether he would do another reality series, Zohn said, "I've done way too many reality shows...I like the ones where it's hardcore. I think the only one I would do would be 'Dancing with the Stars.'"

So, until ABC calls, Zohn, who split from fellow "Survivor" winner Jenna Morasca, his girlfriend of 10 years last month, plans to keep busy.

"I have been spending a lot of time with my family, which is very exciting," he said. "I've been in isolation for seven months. I couldn't really leave my apartment unless I was going to the doctor. I just got clearance, so I've been traveling a little bit, visiting friends and family. I got to hug my nieces and nephews for the first time in a year."