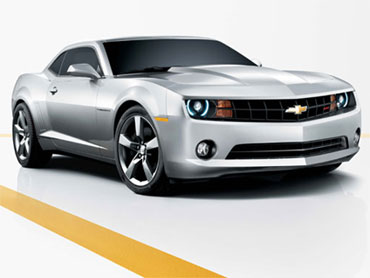 In a survey of car owners conducted by Consumer Reports, the reliability of General Motors' cars has improved drastically in the past year - with some GM brands outranking several European manufacturers - and Ford now outranks Mazda and Nissan.

But American automakers still trail Honda and Toyota in reliability, despite the latter's recent recall problems, according to Consumer Reports' 2010 Auto Survey.

Also gaining in this year's rankings were the Korean automakers Hyundai and Kia and Japan's Suzuki.

The annual rankings are based on responses from 960,000 subscribers, providing data on 1.3 million vehicles.

Some GM brands are now ranked higher in reliability than Audi, BMW and Mercedes-Benz.

Consumer Reports cited GM's recent introduction of the Chevrolet Camaro and Equinox, Buick LaCrosse V6, and Cadillac SRX, and dropping less reliable brands, such as Saturn, Pontiac and Hummer, for its overall improvement

Also improving is Ford, which rated a 90% average reliability rating (including Lincoln models).

Consumer Reports said that, unlike GM (which dropped several below-average models and introduced new ones), Ford's improvement has been through fine-tuning its existing cars.

None of Chrysler's models scored above average in the Consumer Reports survey. Twelve of the 20 models that CR rated were listed below average in reliability.

Other leaders in specific categories:

The Porsche Boxster has the best predicted reliability score in the survey, while Audi's A6 3.0T and Jaguar XF have the worst.

The results of the survey were announced in Detroit today at an Automotive Press Association luncheon, and will be published online at consumerreports.org and in an upcoming issue of Consumer Reports magazine.