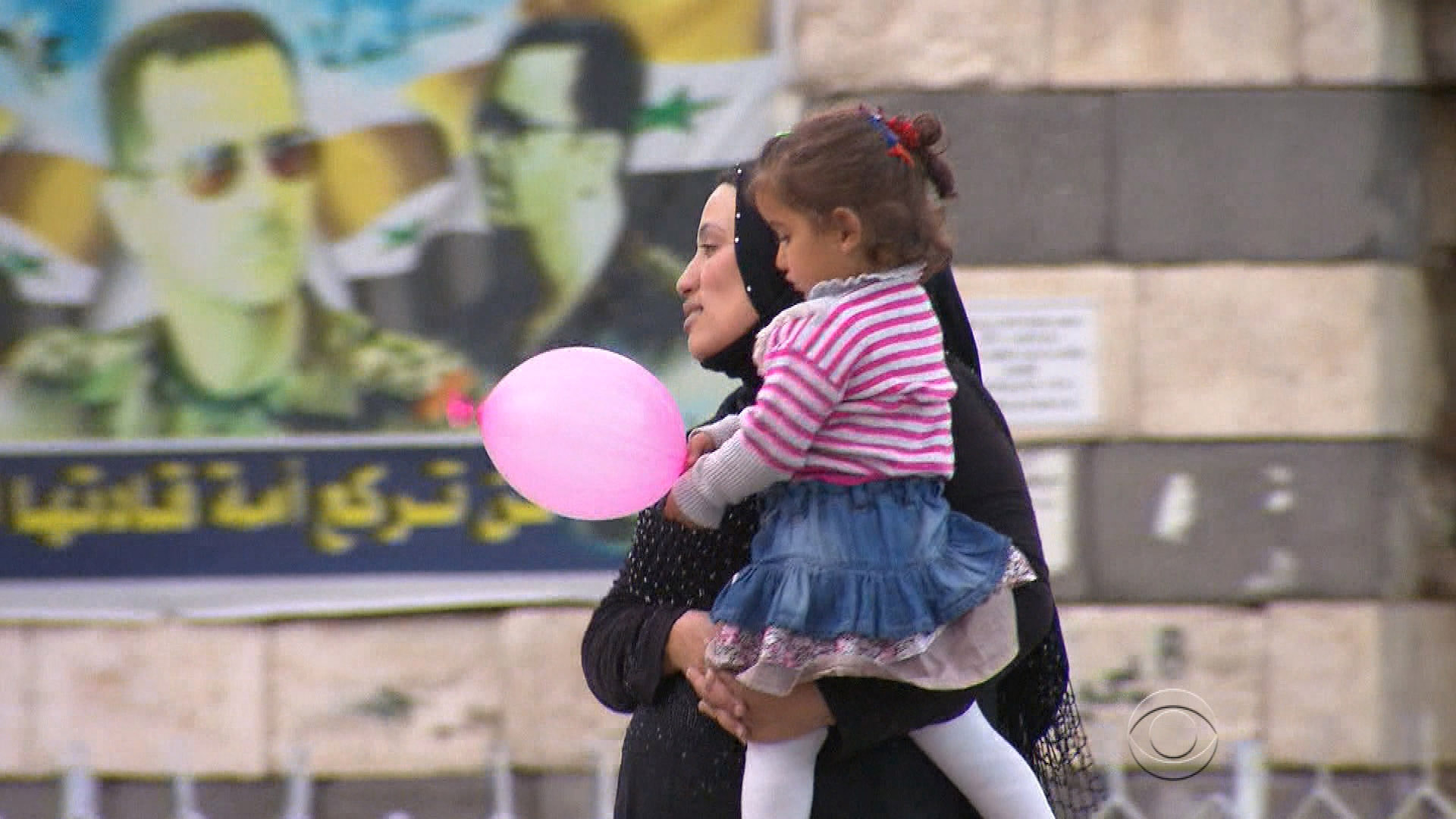 DAMASCUS, Syria -- It was relatively quiet in Syria Saturday, the first day of a brokered cease-fire involving Russian and Syrian forces and nearly 100 rebel groups. Some Syrians said they were shocked at the break in the fighting.

In Damascus, after the partial cease-fire went into effect, CBS News continued to hear sporadic shelling and mortaring from the suburbs. But overall, Day 1 went better than anyone expected -- although there is no official monitoring.

CBS News went into the center of Damascus to a park which is both campsite and hangout for some of the thousands of Syrians who had to flee from other areas of the country.

Like everyone else whose lives have been shattered by the five-year Syrian war, they hoped the lull might somehow lead to lasting peace. They are tired and they just want to go home.

Throughout the day, there were several reports of violations -- rebel groups accusing the Syrian army of breaking the truce, but there were no major incidents.

Russia actually grounded its bombers for the day. But President Vladimir Putin has only promised a 24 hour pause, so it is quite possible Russian planes will be in the air again Sunday, hitting the al Qaeda-linked Nusra Front and ISIS fighters, the two groups that were explicitly excluded from the cease-fire.