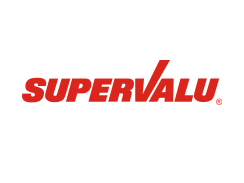 (AP) NEW YORK - Supervalu Inc. (SVU) on Monday fired its CEO and tapped Chairman Wayne Sales to lead its turnaround efforts, just weeks after the grocer reported dismal quarterly results and suggested it might put itself up for sale.

The Minneapolis-based operator of Albertson's, Jewel-Osco and other grocery chains said Craig Herkert, who was brought in as CEO in 2009 to help shake up things, was notified of his firing Sunday.

In a letter to employees, Sales vowed to move more quickly to cut prices and make "tough decisions" regarding cost-cutting. He said that the company's "biggest enemy" is time.

"I am well aware of what our critics have said about us," wrote Sales, who has served on the board since 2006. "You are all familiar with our continued decline in sales, profitability and share value."

Supervalu and other supermarket chains have struggled in recent years amid intensifying competition from big-box retailers such as Target Corp. and Wal-Mart Corp., as well as dollar stores and drugstores that are expanding their grocery sections and luring away customers with lower prices. Traditional supermarkets now account for 51 percent of grocery sales, down from 66 percent in 2000, according to UBS Investment Research.

Even among its peers, however, Supervalu has been laggard and is scrambling to adapt. Last month, the company said its first-quarter profit fell by nearly half as revenue tumbled. The company suspended its dividend and said it was reviewing its options with financial advisers. While the company did not elaborate, such reviews traditionally include the possibility of selling the company.

Supervalu also said it planned to trim its administrative and operational expenses by $250 million over the next two years.

6 things to know about the ZTE trade dispute

In a note to investors, Janney analyst Jonathan Feeney noted that Herkert's firing could remove concerns buyers may have had about Supervalu's governance.

"While this move alone doesn't inspire confidence, it removes a key perceived hurdle in the company's review of strategic options," he wrote.

Since bringing in Herkert, a former Walmart (WMT) executive, Supervalu has put a heavier emphasis on lower prices and tried to position itself as a neighborhood store to draw new shoppers and keep customers. But the efforts haven't paid off.

Sales, 62, is the retired vice chairman of Canadian Tire Corp. and was its president and CEO from 2000 to 2006. He previously served in various roles at Kmart Corp.'s U.S. division.

He said his top priorities are moving more quickly to slash prices and reduce costs.

"We will take significant cost out of the business, and move with urgency in our retail food business to lower prices and create points of sustainable differentiation for our customers," he said in a statement. He added that Supervalu is still reviewing its strategic options and that he will continue to lead that process.

The company said a bankruptcy filing is not under consideration.

In the letter to employees, Sales also said he would focus on the Save-A-Lot chain, which has been a bright spot for the company. Save-A-Lot stores are smaller at about 15,000 square feet and sell primarily private-label brands. The company's traditional supermarkets like Albertson's are about 50,000 square feet.

Supervalu also named board member Philip Francis, 65, as lead director on Monday. Sales said he will retire from his board posts at Georgia Gulf Corp. and aviation company Discovery Air Inc. so that he can concentrate on his roles at Supervalu.