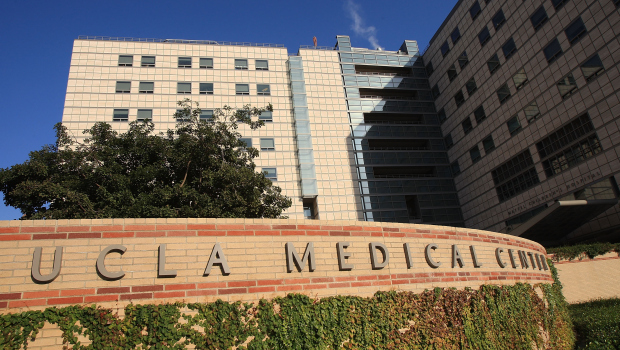 LOS ANGELES -- Drug-resistant "superbug" bacteria may have been a factor in the recent deaths of two patients, and five others were infected at Ronald Reagan UCLA Medical Center in Los Angeles, the university said.

CBS Los Angeles says that, according to the hospital, 179 other patients may have been exposed to carbapenem-resistant Enterobacteriaceae, or CRE, and they were being notified and offered free home testing kits to determine if they were infected.

The potential exposure occurred between October and last month "during complex endoscopic procedures," the university said.

Although the equipment used in the procedures was sterilized, the university said, "An internal investigation determined that carbapenem-resistant Enterobacteriaceae (CRE) bacteria may have been transmitted during a procedure that uses this specialized scope to diagnose and treat pancreaticobiliary diseases and a contributing factor in the death of two patients."

The two contaminated scopes have been removed and the hospital is performing a thorough decontamination process that goes "above and beyond the manufacturer and national standards," UCLA said.

Officials said the hospital notified the Los Angeles County Department of Health and the California Department of Public Health as soon as they realized the equipment had been contaminated.

CRE germs are resistant to almost all antibiotics and are more deadly than the more widely-known superbug MRSA, CBS Los Angeles points out.

In 2013, CBS' "Sunday Morning" broadcast a story about superbugs and what researchers were doing to try to stop them.

"This is a ticking time bomb because of the fact that the bacteria are developing resistance mechanisms more rapidly now than we can find new antibiotics," infectious disease specialist Dr. Robert Moellering told "Sunday Morning." "And it is in a very real sense an emergency. We need to deal with this soon, or we're back to the pre-antibiotic era."

California health officials found the majority of health care facilities do not perform CRE screenings as a prevention tool, even though this superbug is considered an urgent, growing public health concern around the country, the station says.

While the superbug can be passed from person to person, experts say healthy people are at a very low risk of infection. It usually is a source of concern for people with other medical problems in hospitals or nursing homes, CBS Los Angeles adds.

The scopes have a long fiber-optic cable with a light and camera at the end so doctors can see inside the body, the station explains. They're highly effective when used to treat certain cancers and gallstones, but the devices can accumulate bacteria that can be passed from patient to patient.

Contaminated endoscopes were responsible infecting dozens of Seattle hospital patients with CRE between 2012 and 2014, according to a report last month in the Seattle Times.

At least 35 patients at Virginia Mason Medical Center fell ill and 11 died due to CRE infections. The newspaper said hospital and public health officials did not disclose the cause of the infection to patients and their families at the time.