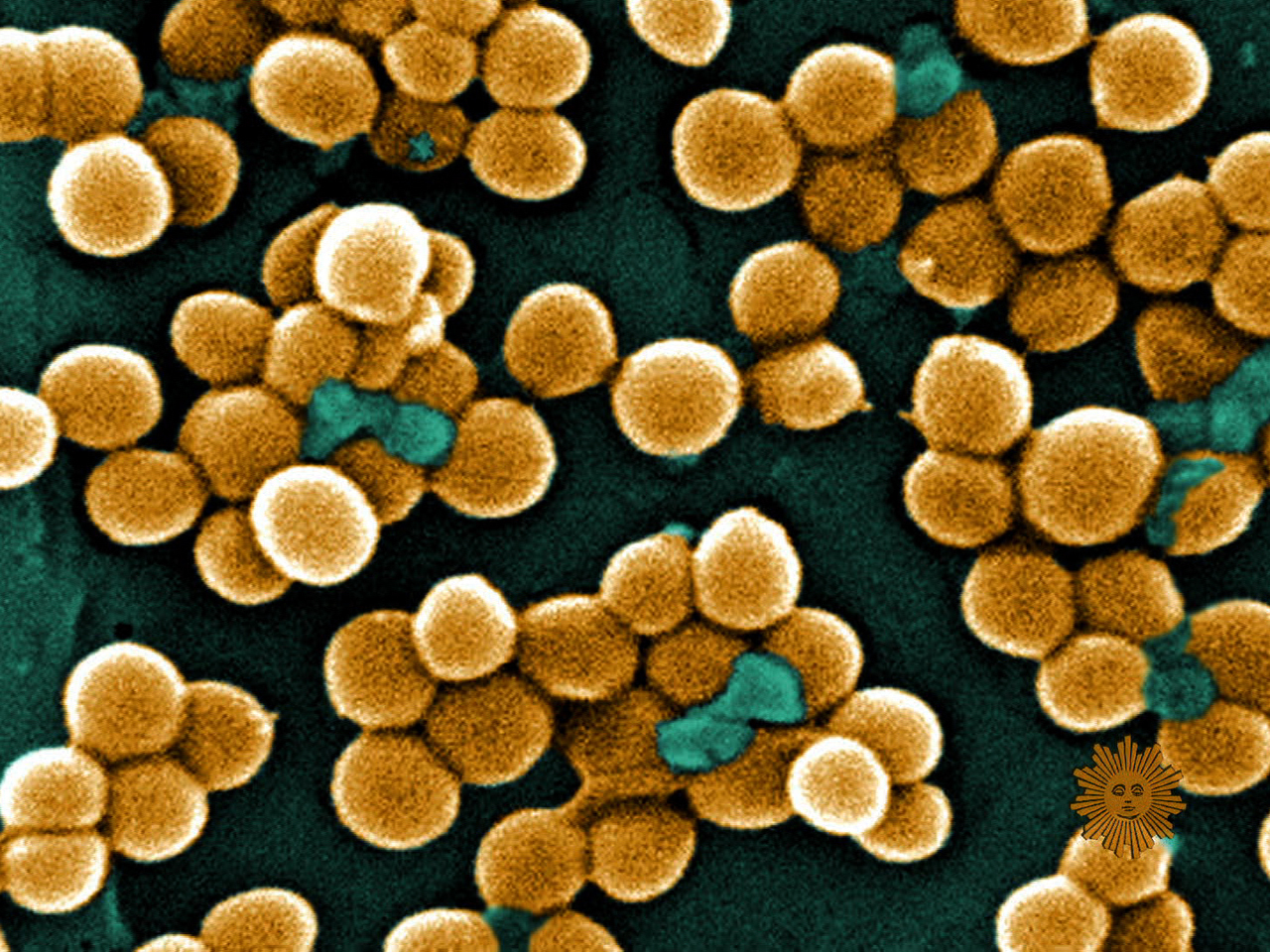 (CBS News) Can anything stop the SUPERBUGS that are making people sick and seem to defy the tools of medical science? Researchers are working on the problem, but to no avail so far. That's the subject of our Cover Story, reported by Serena Altschul:

Two-month-old Harrison Karlan has been in and out of intensive care all of his short life. Born in renal failure, he came here to get life-sustaining treatment. But instead his surroundings may contain a deadly threat.

They're called "superbugs," and infectious disease specialist Dr. Robert Moellering at Harvard's Beth Israel Deaconess Medical Center has been studying them for more than 40 years.

"These are very dangerous organisms," he said.

"Why do you love these bugs so much?" Altschul asked.

"They're among the most interesting things we can study."

What he finds interesting, many people find terrifying. That's because superbugs are extraordinarily resilient bacteria that tend to infect hospital patients, and even kill those who are extremely ill.

The most recent study on health care-associated infections in U.S. hospitals, found that, out of about 1.7 million infections, nearly 99,000 patients died. According to one of the study's authors, the vast majority of the deaths were due to superbugs.

Are some superbugs resistant to all antibiotics? "A few of them are literally resistant to everything," said Dr. Moellering. "Fortunately, these are the exceptions rather than the rule. But the fact that we have any of these at all is cause for alarm, because the only thing we can say is we're sure to see more of these as time goes on."

Superbugs can enter a patient through surgical wounds and catheters, including IVs. Uncontrolled, they continue to move throughout the body, attacking a person's organs. At the top of Dr. Moellering's list of bacteria he's concerned about: "The so-called ESKAPE organisms, and that includes organisms called enterococci, staphylococci, klebsiella, acinetobacter, pseudomonas, and enterobacter. The reason that they're singled out is because these are the ones that commonly cause infections in humans, and these are the ones that have developed multiple resistance."

Take acinetobacter. Dr. Moellering says it's resistant to just about everything. It only recently came to this country.

"The war wounds in Iraq often became infected with acinetobacter," he said. "Soldiers were then bringing it back to military bases and ultimately to hospitals, military hospitals in the United States. And it shows the ability of this particular organism to get into a hospital, and shows the difficulty in getting rid of it when that happens."

In fact, most superbugs, in addition to run-of-the-mill viruses and bacteria, make the job of cleaning and disinfecting hospitals even more challenging.

So Johns Hopkins Hospital in Baltimore, Md., has implemented a high-tech approach -- investing in two pairs of state-of-the-art robots to disinfect ICU rooms. The robots spew vapors of hydrogen peroxide.

Compared to the hydrogen peroxide solution one puts on a cut, which is 2 percent, this is 35 percent, Dr. Perl said. "So significantly higher."

Dr. Perl has studied how well the robots disinfect hospital rooms of superbugs -- a 90 percent reduction in the room, and a 60 percent decrease in transmission from one patient to the next.

"It changed culture because we could look at people and say, 'This room is essentially sterile now,'" Dr. Perl said.

And that is perhaps more important now than ever.

The bacteria recently made headlines when there was an outbreak of the superbug at the National Institutes of Health in Bethesda, Md. Seven patients died.

Dr. Moellering says there will be more outbreaks because, like other superbugs, klebsiella is always changing. "They are able to pick up new resistance genes, and I suspect that we're just going to see a continued progression of resistance in these organisms."

Which makes treatment more difficult. The mortality rate for this particular strain of klebsiella is already as high as 40 percent.

For an infectious disease, a 30-40 percent mortality rate is very high, said Dr. Moellering. "A mortality rate of more than 2-3 percent is really high."

Take MRSA, which stands for methicillin resistant staph aureus. And even though it has "resistant" in its name, drug resistance isn't what makes MRSA most troubling.

"MRSA is not resistant to absolutely everything, yet," said Dr. Moellering. "The reason it's a big problem is because the organisms are easily spread from person to person. . . . And it can cause such a wide variety of infections. It can literally infect every tissue of the body except the fingernails and the teeth."

And that can be life-threatening to patients like little Harrison Karlan.

So Johns Hopkins instituted a protocol of washing all children in its ICU in a special antiseptic called chorhexidine.

Pediatric infectious disease specialist Aaron Milstone found it protects them from blood infections. And he's now testing if it will protect them from the superbug MRSA, too.

"An early study funded by the CDC showed that bathing ICU-hospitalized adults with chlorhexidine reduced the spread of MRSA by about, I think, 35 percent," said Milstone. They are now replicating those studies with children.

Dr. Moellering says there are incentives to decrease infections rates -- financial incentives from the federal government. But he says until there is also more funding for antibiotic research, superbugs can't -- and won't -- be stopped.

"Oh, this is a ticking time bomb, because the bacteria are developing resistance mechanisms more rapidly now than we can find new antibiotics," he replied. "And it is in a very real sense an emergency, and we need to deal with this soon, or we're back to the pre-antibiotic era."

"And mortality rates back then were really grim," Altschul said.