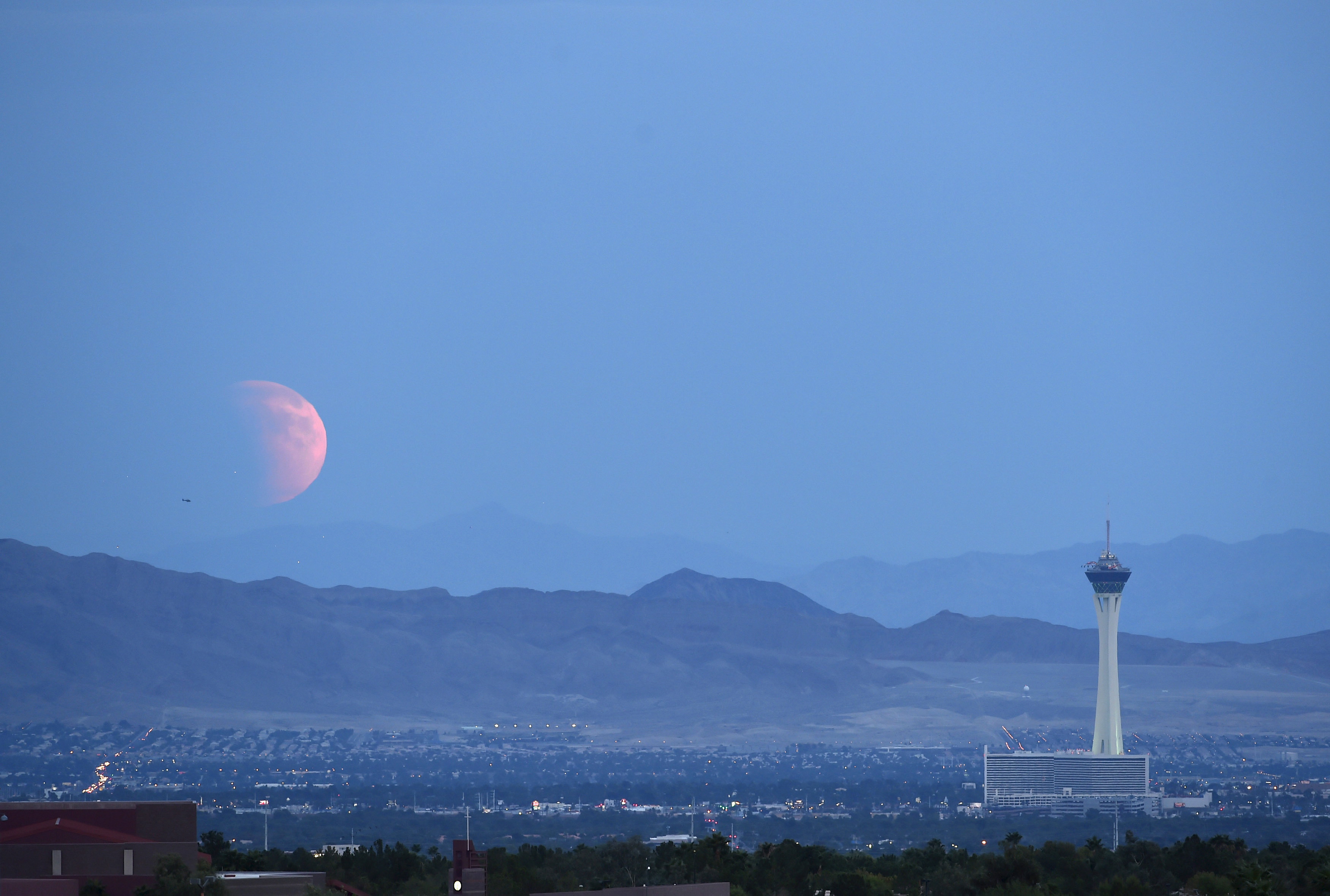 The supermoon eclipse put on a stunning show for millions of stargazers across the U.S. and other parts of the world Sunday night.

A little after 9 p.m. Eastern time, the full moon began disappearing into the shadow cast by the Earth, and by 10:11 p.m. EDT it was completely hidden in a total lunar eclipse.

Along the way, many saw the moon bathed in a reddish glow -- a so-called "blood moon" that results when the moon is hit by sunlight bent by the Earth's atmosphere.

It was the first time since 1982 that a total lunar eclipse has coincided with a supermoon -- a full moon that's at the closest point of its elliptical orbit to Earth, making it appear bigger and brighter than usual.

And in a development no one in 1982 could have predicted, this time the phenomenon had its own hashtag: #superbloodmoon

Twitter feeds quickly filled up with photos of the glowing moon slipping into shadow:

Unfortunately, not everyone got the view they were hoping for. Parts of the South, Mid-Atlantic and Great Lakes were socked in by clouds and missed the show.

The supermoon eclipse marked the end of a tetrad, a series of four total lunar eclipses each occurring about six months apart. This series began in April 2014.

Enjoy the pictures online -- you won't get another chance to see a supermoon eclipse in real life until 2033.