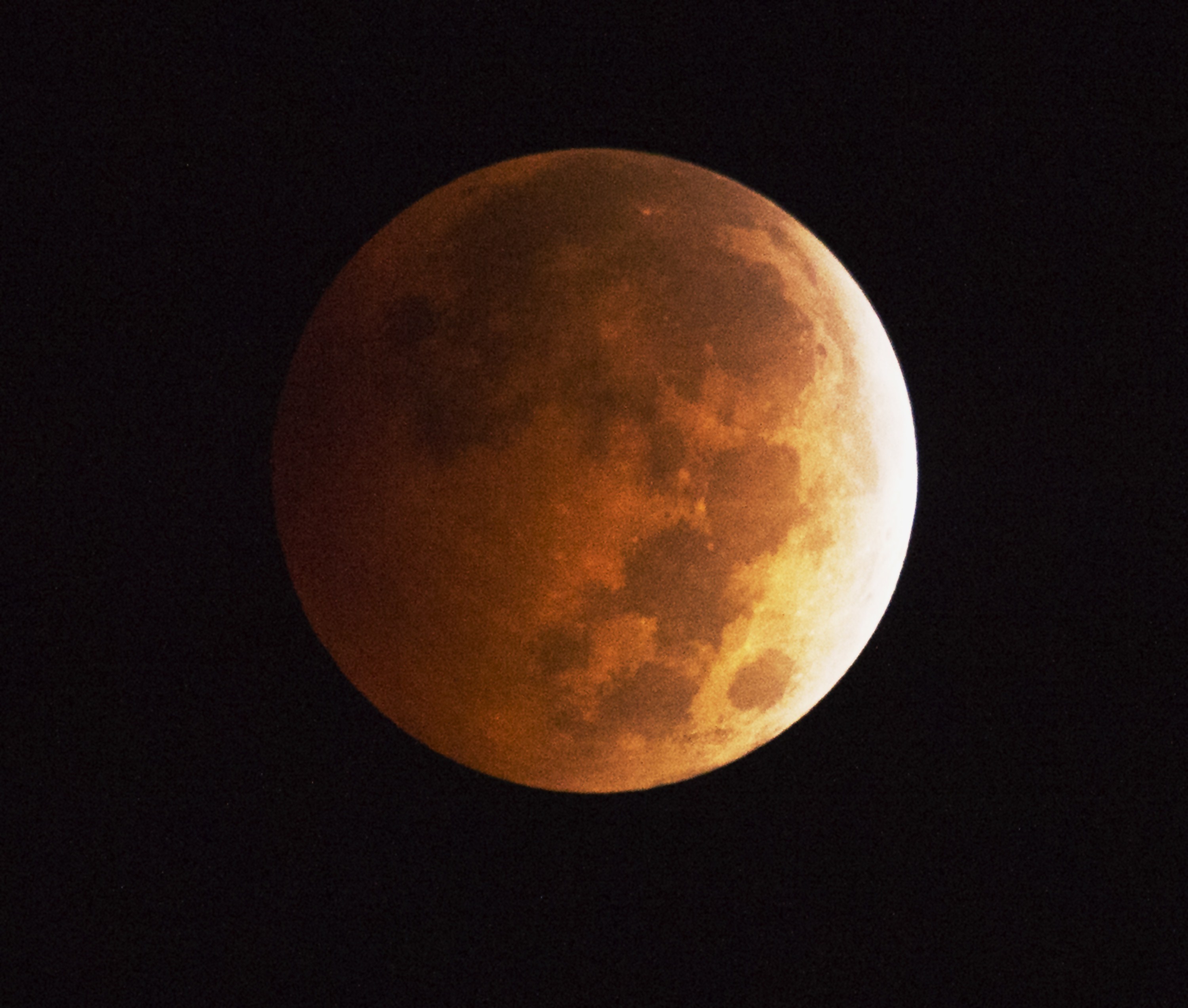 TOKYO -- Evening viewers in much of Asia and early risers in parts of the Americas were treated to a stunning lunar eclipse on Wednesday, though clouds obscured it for some.

Lucky ones saw the moon turn orange or red in what is known as a "blood moon." The hue results from sunlight scattering off Earth's atmosphere.

Whoops of joy erupted at the Sydney Observatory in Australia as the moon made a brief appearance.

"Very spectacular," observatory astronomer Geoff Wyatt said. "The cloud certainly got in the way, but we've seen it during totality and of course that's always the highlight - to see that lovely, reddish-brown color."

In Australia's capital, Canberra, Rachel Buckley watched from her driveway.

"It looked small, but very, very clear and really orange, I thought - blood orange," she said. "It was quite exciting, pretty amazing to see because it's not very often you get to see that."

In Japan, clear skies turned partly cloudy as the eclipse progressed, but some people who gathered on the rooftops of skyscrapers in Tokyo saw the moon turn a rusty brown when the clouds cleared.

"When the sun, moon and earth align, I get the feeling that we are also a part of the solar system," Yoshiko Yoneyama, a 66-year-old homemaker, said. "It's that kind of feeling."

Those who caught a glimpse of the moon during the latest eclipse got an expanded view. The moon appeared 5.3 percent larger than it did during the April 15 eclipse, according to NASA.

There have been three total lunar eclipses in 2014 and a fourth consecutive occurrence will be seen in 2015, completing a rare series of total eclipses known as a tetrad.

The most recent eclipse was visible from the Pacific Ocean and regions immediately bordering it. Spectators in the northwestern third of North America were able to see the event, whereas South America experienced the moonset during the early stages of the eclipse.

All phases of the total eclipse were visible from New Zealand and eastern quarter of Australia, and in most of Japan and easternmost Asia.

None of the Oct. 8 eclipse was visible from Europe, Africa, and the Middle East.

Those who missed the event will get another cosmic opportunity soon: a partial solar eclipse will be visible in Canada and the U.S. on October 23.