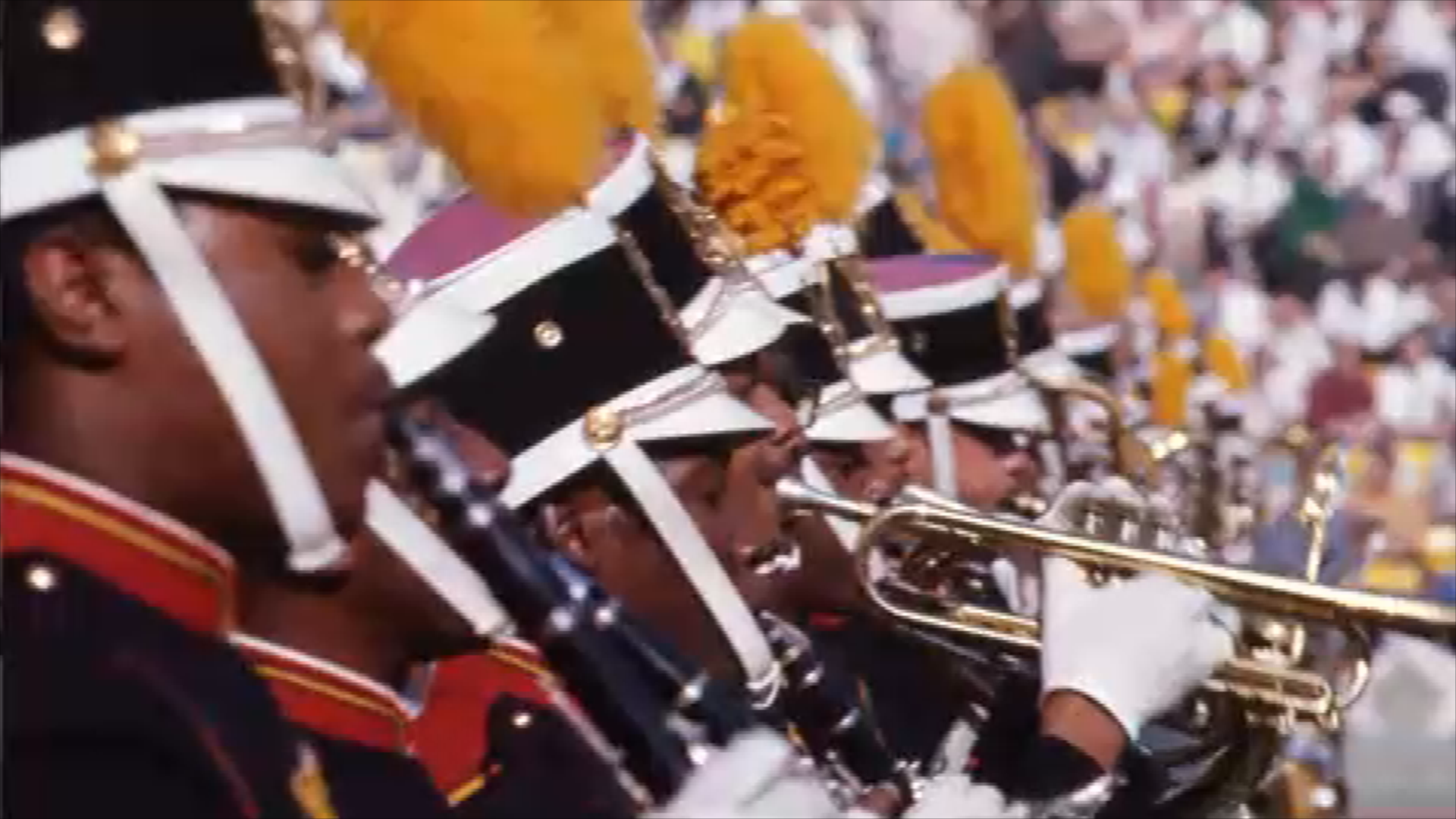 When we think halftime show, we think fireworks, helicopters and over-the-top antics, but it hasn't always been that way.

Coldplay will take the stage Sunday at the Super Bowl 50 Halftime Show. With about 100 million people expected to tune in, Coldplay and all the special guests, including Beyonce, will take their place in history alongside some of America's most famous performers.

But it was a performance by college bandmates in 1967 that would change history and set the precedent for the big stage, reports CBS News correspondent Michelle Miller.

"You had to bring your dedication each time. You practice like you perform and you perform like you practice," said band member Freddie Colston, who played the percussion.

That year, the commissioner of the National Football League invited Grambling State's marching band to play in the very first Super Bowl - 129 men from a small Louisiana College marched alongside University of Arizona's band for millions of viewers.

"There was a lot of weight on our shoulders. And a lot of times, we didn't pay particular attention to the weight," said alto saxophone player Travis E. Critton. "If we went out on the field and did a show and it pleased the public, then we felt that we had done our job."

For the next 23 years, marching bands were a Super Bowl mainstay.

Then in 1991, Disney produced the halftime party, choosing the commercially successful boy band, New Kids on the Block.

Two years later, "King of Pop" Michael Jackson moonwalked for 100 million viewers. More people watched his 12-minute performance than the game itself, and the era of A-list performers was born.

"It's pop culture's national holiday," Yale University Professor Daphne A. Brooks called it. "It's become the place where you see not only the highest level of competition, but also the place where pop icons are affirmed, they are anointed. It's a gathering place in which to think about American capitalism and there's a real sense of anything might happen."

And anything did happen.

In 1996, Diana Ross reaffirmed her diva status with a performance featuring a chorus, fireworks and a high-flying exit.

"It's kind of a point of possibility for performers who are very much on the verge, as well as those who are cemented in our cultural imaginary," Brooks said.

There's another moment cemented in America's imagination - Janet Jackson and Justin Timberlake's"wardrobe malfunction" in 2004, which set a new course for the halftime show.

"I think it's a complicated moment in Super Bowl history," Brooks explained. "It certainly changed the lineup of halftime performers for several years afterwards."

Super Bowl 39 hosted a Beatle and in 2009, it was The Boss. Four years later, Beyonce was on full display, then rising star Bruno Mars brought in the show's highest ratings yet.

But none of these halftime high steps or dramatic antics could have been possible without a group of teenagers from Louisiana.

"Do you think that the super Bowl performances helped to raise the level of awareness that people had about this university and its band?" Miller asked Larry Pannell, the band's director.

"My motto is, you don't know what you're in until you're out of it," Pannell said.

The Grambling marching band of today is made possible by a trailblazing band from the past.

"We'd leave a lasting impression on the individual to say, 'I've never seen a thing like that before. And I know I never will see it again,'" said Colston.

None of the halftime show performers get paid to perform. But they do get reimbursed for the cost of production that can run into millions of dollars.