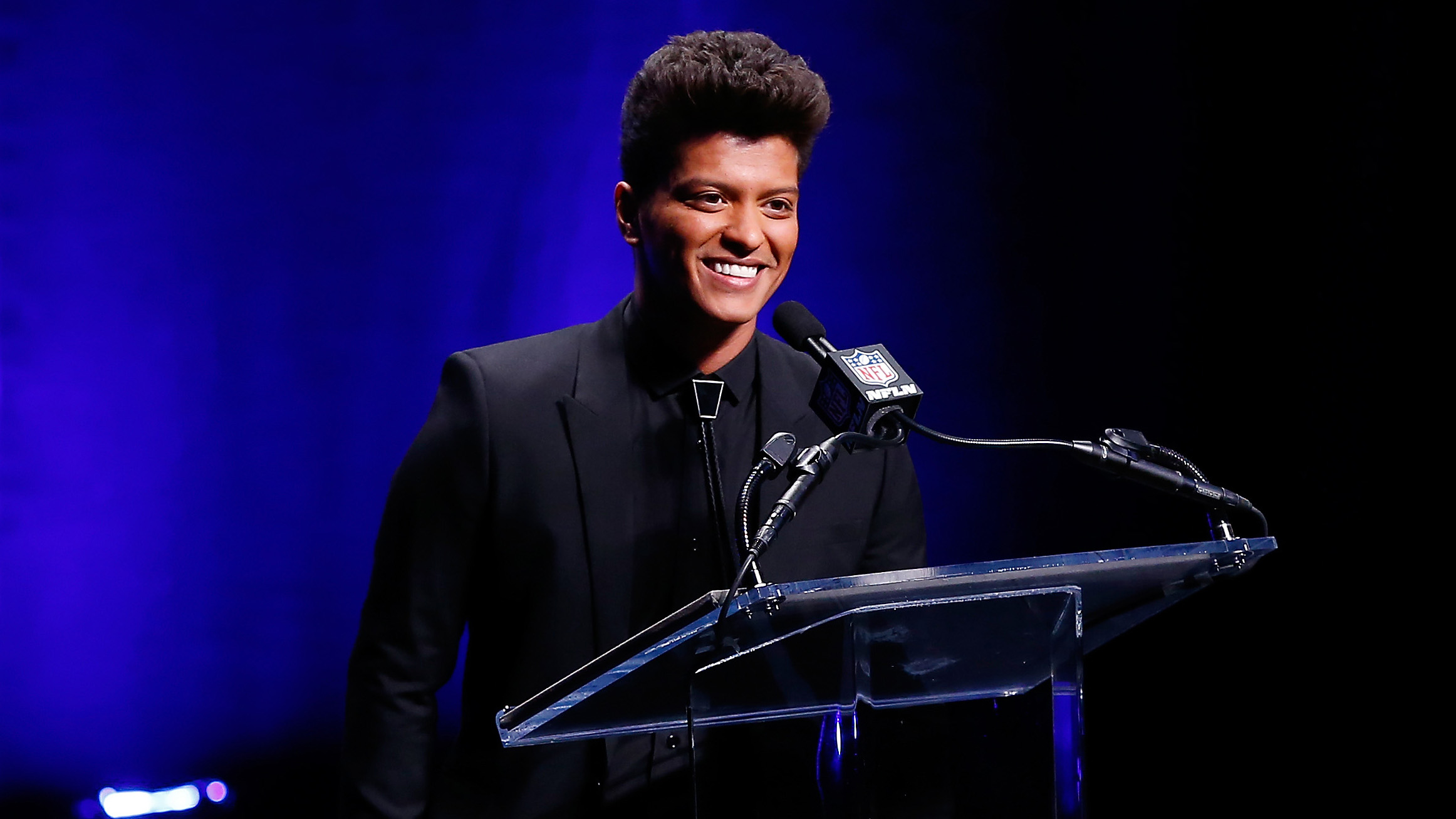 Before Bruno Mars performs in front of the biggest audience of his career at Super Bowl XLVIII, he talked about it in front of a much smaller crowd Thursday.

The pop crooner appeared at the Rose Theater in New York's Time Warner Center to promote his halftime performance Sunday at MetLife Stadium in East Rutherford, N.J., where the Seattle Seahawks will play the Denver Broncos.

Mars will be joined by The Red Hot Chili Peppers during the big number. The "When I Was Your Man" singer said he's been a longtime fan of the rock band.

"The NFL, when we got the phone call [to perform at halftime], they said they love to raise the stakes," Mars told reporters. "The first band I thought of was the Red Hot Chili Peppers."

He says he feels honored the NFL is letting him perform at the Super Bowl halftime show even though he's still a budding artist.

The "NFL is such a prestigious stage...that they give the new guy a shot, and I'm so grateful for that," Mars said. "No, I haven't been able to take it in. Not yet. Come Sunday, I will."

Mars' hits include "Locked Out of Heaven," "Grenade" and "Just the Way You Are." He won the best pop vocal album Grammy Award for "Unorthodox Jukebox" this week.

Watch video above to see Mars speak at the press conference, including him jokingly yelling at some reporters to "Sit down!" when taking issue with their questions.