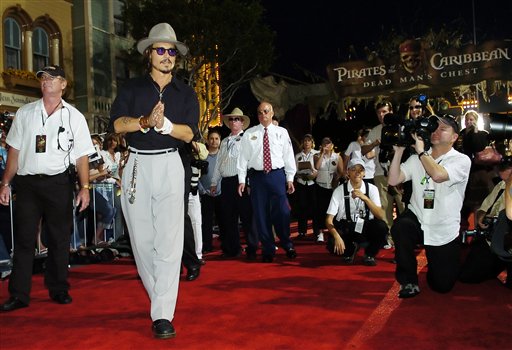 When Jason Kidd was carried off the court with a broken left ankle in the first half, Cliff Robinson helped pick up the rest of the Phoenix Suns.

"We have guys who recognize the situation and do a good job of stepping up and playing," said Robinson, who has scored 20 or more points in six straight games. "It doesn't matter what five we put out there. If we're playing the type of basketball and defense we've been playing, we'll be fine."

Kidd, who leads the NBA in assists and averages 14.5 points per game, will miss the rest of the regular season and is "questionable for the playoff," said Julie Fie, the Suns director of media relations.

Fie said Kidd fractured a bone (medial malleolus) high in the left ankle and will have surgery Thursday.

Kidd's injury came with .2 seconds left in the first half while he was racing the clock to take a shot.

Phoenix already is without forward Tom Gugliotta, who is out for the rest of the season with ruptured knee ligaments.

"Injuries happen, but I've been around the leagufor 14 years now and I've never seen anything like this," said Suns coach Scott Skiles before learning the extent of Kidd's injury.

The one constant had been Kidd, who has not missed a game since the 1996-97 season, the year he was traded to the Suns from Dallas.

Rodney Rogers had 18 points and Randy Livingston, subbing for Kidd, added 17 for Phoenix, which remained 1 1/2 games ahead of the San Antonio Spurs for fourth place in the Western Conference. The Spurs beat the Clippers 103-78 earlier Wednesday.

Chris Webber, who battled foul trouble much of the game, scored 16 points to lead Sacramento. Vlade Divac and Jason Williams each had 14 for the Kings, who saw their three-game winning streak snapped.

After the Kings had taken a 52-50 lead, Kidd took an inbounds pass and drove down the right sideline before Williams forced him to stop. Kidd fumbled the ball out of bounds, then spun and reached for the ball. When the clock stopped, Kidd remained doubled over, holding his lower calves.

Kidd no points but seven assists and five rebounds when he was hurt. He tried to walk off the court, but took one tentative step before he was carried into the locker room by teammates.

"I was across the floor but I think he turned wrong," Hardaway. "I think it happened when he tried to get the ball back. It was one of those awkward plays where you move the wrong way and something gives or something doesn't give."

The Suns, who won for the 16th time in 19 games, rallied after Kidd departed.

Shawn Marion hit a 14-foot jumper and Robinson added a 3-pointer in the first 50 seconds of the third quarter as Phoenix took the lead for good, 55-52.

Webber tied the game at 58-all with a long jump shot with 9:54 remaining. But Marion scored six straight points and Penny Hardaway added a 3-pointer to spark a 15-0 run and give the Suns a 73-58 lead.

The Kings hit seven of their first 12 shots, including Darrick Martin's 3-pointer with 4:34 left in the half that gave Sacramento a 44-41 lead.