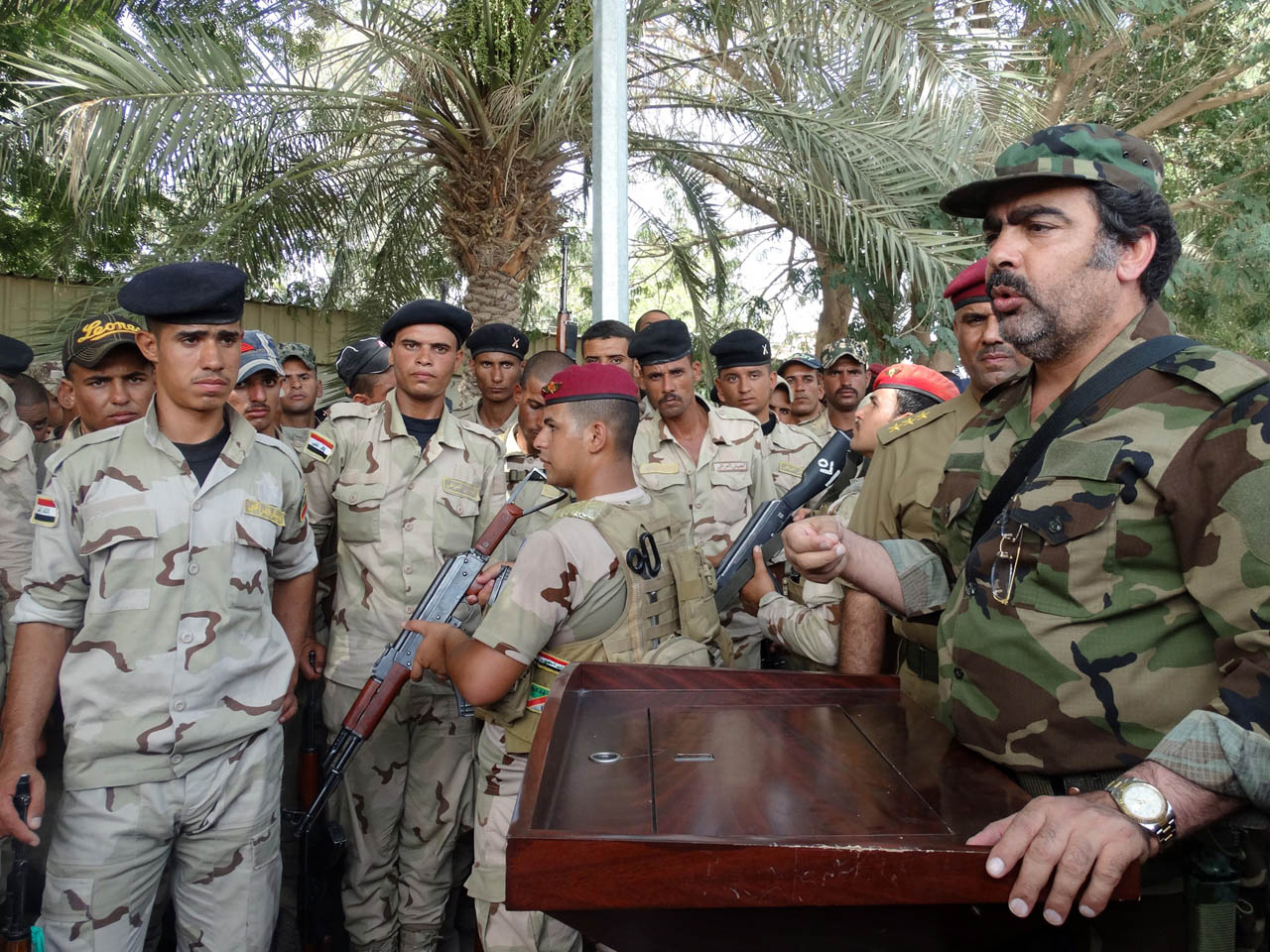 What is life like under the rule of the Islamic State of Iraq and Syria?

Just ask Sheikh Ahmed Aburisha, a tribal leader from Anbar province in Iraq, 85 percent of which is under ISIS control.

"There are some areas that are semi safe. Partially safe," Aburisha said. "Daesh (another name for ISIS) is trying to attack those areas. They scare the population with mortar rockets attacks. They have destroyed schools, hospitals, roads, bridges and many of the large homes in Anbar in the areas under their control. They've killed many Anbaris. Thousands of homes destroyed. Thousands of families have been displaced to Kurdistan and other provinces. And occupied vast territories of the province. It's a tragic life being experienced by the people of Anbar."

Anbar is the largest province in Iraq by area, accounting for nearly a third of the country. It has been under the control of ISIS since January 2014. Jihadists took over the cities of Fallujah and Ramadi, names that are familiar to many Americans. The American military fought some of the fiercest battles - and lost more than 1,300 service members - in these towns, engaging in combat Saddam loyalists, and later, al-Qaeda in Iraq, from which ISIS derives its roots.

Late last month, Aburisha came to Washington with an urgent request of the Obama administration. He wants the United States to give weapons and money to his tribes so they can defeat ISIS in Anbar.

"I told them we want to support the Iraqi government, and we are relying on your support to the Iraqi government and we want the support of the United States and the international coalition to the security forces of Anbar," Aburisha said. "Vice President Biden and Gen. [John] Allen have a clear picture of what is happening in Iraq and Anbar and what type of support is needed for the fighters in Anbar. We have received promises and we hope that these promises will materialize in reality on the ground."

It wouldn't be without precedent. In 2006, the U.S. military in Iraq under Gen. David Petraeus made a pact with Ahmed Aburisha's brother, Sheikh Abdul Sattar Aburisha, who led an alliance of Sunni tribes that agreed to fight al Qaeda in Anbar province. Lasting for several years, the force was called the "Sons of Anbar," the initiative the "Sunni (or Anbar) Awakening." The tribes successfully wrested control of Anbar back from al Qaeda, forcing them out of the province. Abdul Sattar Aburisha was killed in a suicide attack by al-Qaeda in 2007.

But when the United States withdrew from Iraq in 2011, Iraq's central government, led by then-Prime Minister Nouri al-Maliki, halted payments to the tribes and they were not incorporated into Iraq's largely Shiite national military. And Iraqi security forces, long infiltrated by Shiite militias - some backed by Iran - began a systematic campaign to persecute Sunnis, with arbitrary arrests and killings. Resentment among the Sunnis of Anbar, coupled with a raging civil war in Syria, created fertile ground for ISIS to enter Anbar, win over some of the populace, and terrorize the rest into submission.

Aburisha says he repeatedly warned American officials that it was only a matter of time before ISIS showed up in Anbar.

"In August of 2013, we discovered training camps for Al Qaeda in the Anbari desert. I notified the U.S. ambassador at the time, [Robert] Beecroft. I notified the prime minister, Maliki. The ambassador told me we do not have any military effort currently in Iraq. And Maliki ... used the excuse that I don't have an Air Force that is capable of attacking these militants, these training camps. And I warned them that the enemy is going to surprise us one day. And certainly the surprise did come and Daesh did enter Anbar in January 2014."

Aburisha says he's confident Anbar's tribes are ready to fight ISIS in Anbar if they have the weapons and training they need. In conversations with Gen. Allen, special envoy to Iraq, Biden, and Sen. John McCain, Aburisha requested two Marine brigades in addition to the military assistance.

But the Obama administration has maintained that it will not send ground troops into combat in Iraq. Absent American boots on the ground, it is uncertain whether Anbar's tribes could defeat ISIS and repeat the same successes they did eight years ago against al Qaeda in Iraq.

Sources tell CBS News former president George W. Bush called Aburisha at his Washington hotel, listening to his concerns and requests, reportedly telling him that the former president would do "everything" that he could to convince Washington to supply the tribes with arms.

But Aburisha's request that the military aid should be funneled directly to Anbar's tribes through American military advisors currently training Iraqis at the al-Asad airbase in Anbar is unlikely to be granted.

"As you know and as the American people and military knows, Daesh came back to get its revenge against Anbaris for having worked with the American military in the past. If they don't get support they will become easy prey for Daesh and they will be eliminated by Daesh."

Commander Elissa Smith, a Department of Defense spokeswoman, provided this statement to CBS News: "The United States continues to work with the Government of Iraq in their outreach to and integration of Sunni tribal fighters. All equipment we provide is coordinated with, by, and through the sovereign central government of Iraq. We believe this policy remains the most effective way to support the Counter-ISIL Coalition efforts to combat ISIL and maintain a unified, federal, pluralistic, and democratic state of Iraq, as envisioned in the Iraqi constitution."

Washington does not appear willing to circumvent the Iraqi government, even though Sunni sources point out the central government has shown more commitment to arming and supporting Shiite, Iran-backed militias than Sunni Iraqis in Anbar.

Just two days into Aburisha's Washington visit, he learned his compound of seven homes and a small mosque had been attacked and burned to the ground by ISIS. He told CBS News they left one house standing as a message to him - that even if he asks Washington for assistance, they will continue their fight against all who oppose them in Anbar.

This week, ISIS mounted a failed attack on the al-Asad military base. The Department of Defense says Iraqi Security Forces successfully repelled the attack, and that no coalition forces were ever at risk. More than 300 U.S. military advisors and special forces are based there, training the Iraqi army. There are growing concerns that if ISIS continues to gain strength in Anbar, the American military's hand will be forced and U.S service members will find themselves in combat once again in Anbar, where so many troops lost their lives just under a decade ago.