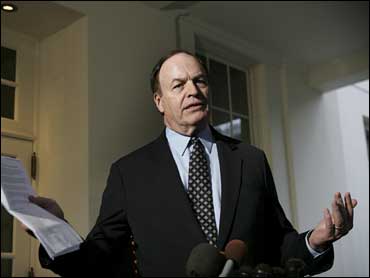 Seven days into the partial government shutdown, President Trump on Friday threatened to seal off the U.S border with Mexico if Congress failed meet his demands over border and immigration demands, later suggesting the move might even turn a profit.

But the gambit - which could cost the United States up to $1 billion daily - did little to prod along Democratic leaders towards a deal to reopen the government in time for the new Congress set to take charge next week.

Skeptical of the president's claims for how his wall would secure the border, its prospects are unlikely to improve next week when the House comes under Democratic control. Democrats' objections to Trump administration immigration policies were sharpened this week on news a second migrant child died in Border Patrol custody this month.

With no deal in sight, thousands of federal workers now face the prospect of more weeks furloughed at the mercy of the White House and Congress - with even more agencies and programs, from the EPA to federal aid payments, set to be shuttered as funds dry up.

Also this week, after weathering months of criticism for ignoring the tradition, President Trump flew to Iraq for a surprise Christmastime visit to American forces in harm's way. But as he returned on Thursday, the president drew fresh condemnation for missteps at Al-Asad Air Base, from falsely claiming that he had won service members their first pay raise in 10 years to criticizing Democrats in what are normally a non-partisan speeches.

And Wall Street closed this holiday week with record-setting convulsions, from an historic plummet to a record-setting rebound late Thursday. Blue chips are on pace for their worst December since the Great Depression.

For analysis and perspective, look ahead to the new year in Washington with Margaret Brennan (@margbrennan) on "Face the Nation" (@FaceTheNation) this Sunday.

And as we reflect on the year that was, we'll seek some perspective with our annual historians panel, this week with:

9/19: Face the Nation with Margaret Brennan