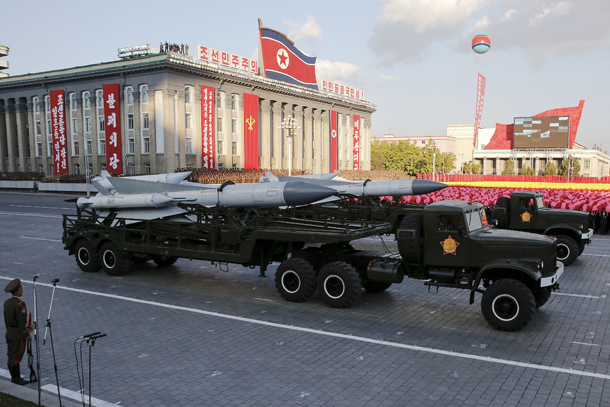 While tensions continue to rise all across the globe, Sunday on “Face the Nation,” we’ll discuss the news of the week and take a special look at faith in America.

North Korea remains one of the biggest international concerns for the new administration. Satellite images from the Hermit Kingdom suggest the nation could soon conduct another underground nuclear detonation test, despite strong warnings from President Trump not to do so. The President in return has sent a U.S. Navy strike group to the region. Sunday CBS News Foreign Correspondent Ben Tracy will provide an inside look at the tensions on the Korean peninsula from the North Korean capital Pyongyang. Tracy is the only American network reporter in the country.

For perspective on the turbulent political landscape, both domestically and abroad, we’ll turn to historian David McCullough. His new book “The American Spirit,” is a compilation of his most famous speeches. McCullough will discuss how self-reflection and a greater knowledge of history can help Americans overcome difficult times.

In honor of Easter Sunday and Passover we’ll talk about faith in America with a group of religious writers, thinkers and participants in the religious life of America. Joining us will be Rod Dreher, a writer for The American Conservative and author of “The Benedict Option,” President of The Southern Baptist Ethics & Religious Liberty Commission Russell Moore, Abigail Pogrebin author of “My Jewish Year: 18 Holidays, One Wondering Jew,” and Father James Martin Editor at Large at American Magazine and consultor to the Vatican’s Secretariat of Communication.

We’ll have a lot to cover this special Easter Sunday broadcast. Check your local listings for times.  Don’t miss it!