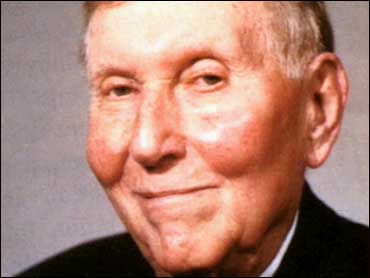 Viacom chief Sumner Redstone is facing an embarrassing story about a voicemail message he left for a reporter in an attempt to find out the source of a story.

Redstone made the call to Peter Lauria, reporter for the Daily Beast website, about a story on Redstone's interest in pushing MTV to do a show about a band called the Electric Barbarellas. On the message, Redstone tells the reporter that "we're not going to kill" the source, adding: "We just want to talk to him."

The 87-year-old Redstone also tells the reporter he will be "well rewarded and well protected" if he gives up the source. Lauria told NBC's "Today" show Wednesday he wouldn't do it.

Viacom spokesman Carl Folta confirmed to "Today" that it was Redstone's voice on the message and said the mogul had made a mistake.

A phone call by The Associated Press to Folta wasn't immediately returned.