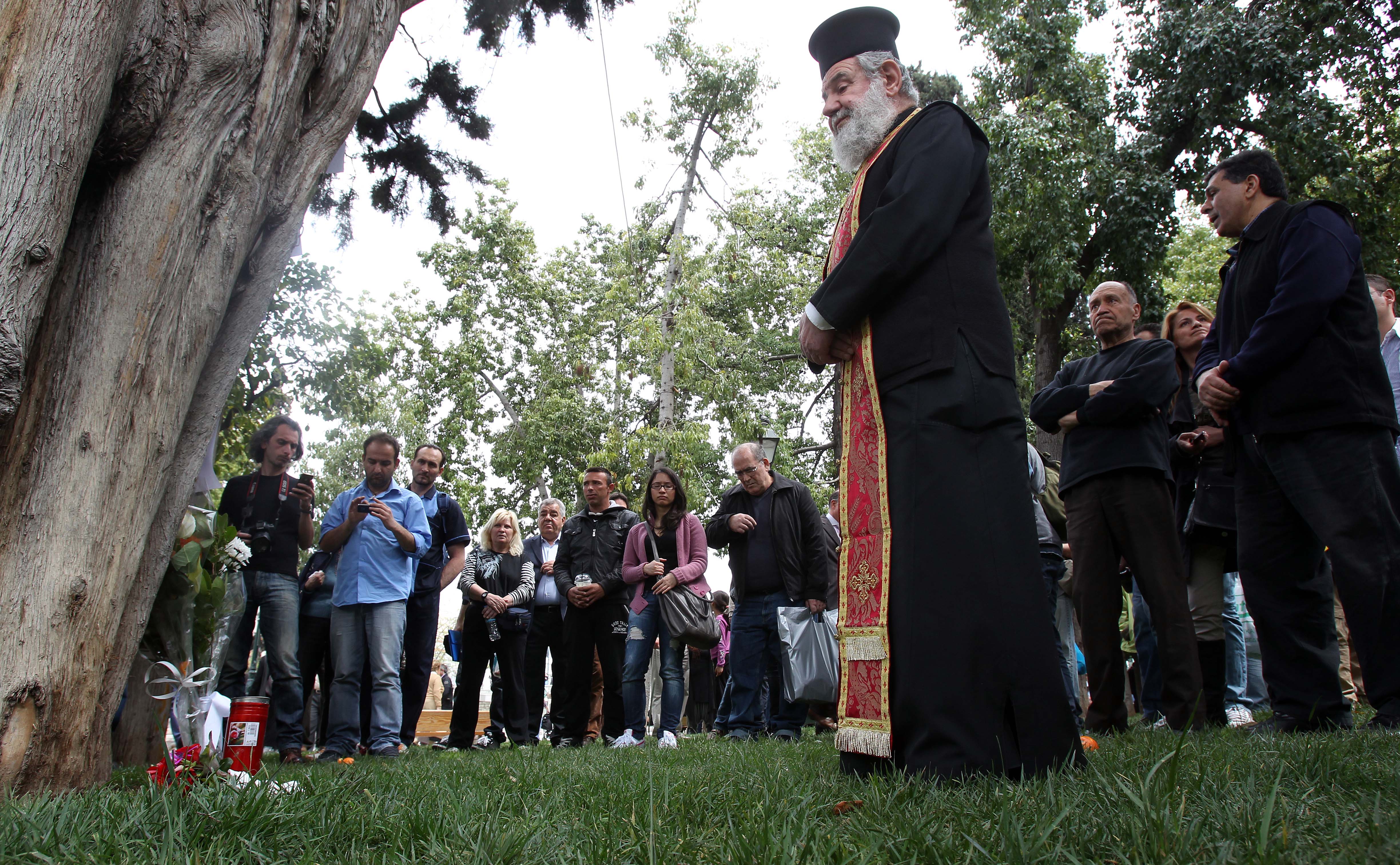 (MoneyWatch) When an elderly Greek man killed himself on a busy Athens street Wednesday, he left a note blaming the nation's financial crisis. Tragic acts like this are increasing across Europe, as worsening economies are causing rising rates of suicide.

Dimitris Christoulas shot himself while standing opposite Greece's parliament building. In a note he left, the 77-year-old retired pharmacist wrote, "[the] government has annihilated all traces for my survival, which was based on a very dignified pension that I alone paid for 35 years with no help from the state. And since my advanced age does not allow me a way of dynamically reacting (although if a fellow Greek were to grab a Kalashnikov, I would be right behind him), I see no other solution than this dignified end to my life, so I don't find myself fishing through garbage cans for my sustenance."

Before the financial crisis first began, Greece had the lowest suicide rate in Europe at 2.8 per 100,000 inhabitants, according to Eurostat. That has now almost doubled and is rising at an alarming rate. A Greek Ministry of Health study found the suicide rate in the first half of 2011 was 40 percent higher than the year before.

An article published last year in the medical journal Lancet found a direct correlation between economic stress and suicide in Greece. According to the study, people in high economic distress reported a "significantly higher" number of suicide attempts than people who weren't doing as badly. While Greece's total unemployment rate is over 20 percent, for people between 25 and 40 it is a staggering 42 percent.

Similar increases are being seen across the hardest hit areas of Europe. Portugal's suicide rate in 2009 was almost double what it was at the start of decade. Ireland saw a 13 percent increase in suicides among people under 65 between 2007 and 2008. Another study in Lancet found the overall increase in suicides across the EU since 2007 corresponded to increases seen during other severe economic downturns.

Unfortunately, severe budget cuts in Europe have left people with far less access to health care services just as they need it most. The government ordered Greek hospital administrators to cut their budgets by 40 percent last year. The impact of this is hitting in other areas as well, like the rate of HIV infection, which has skyrocketed. In 2001, there were 3.7 cases of HIV per 100,000 people in Greece. In 2011, it was up to 8.4.