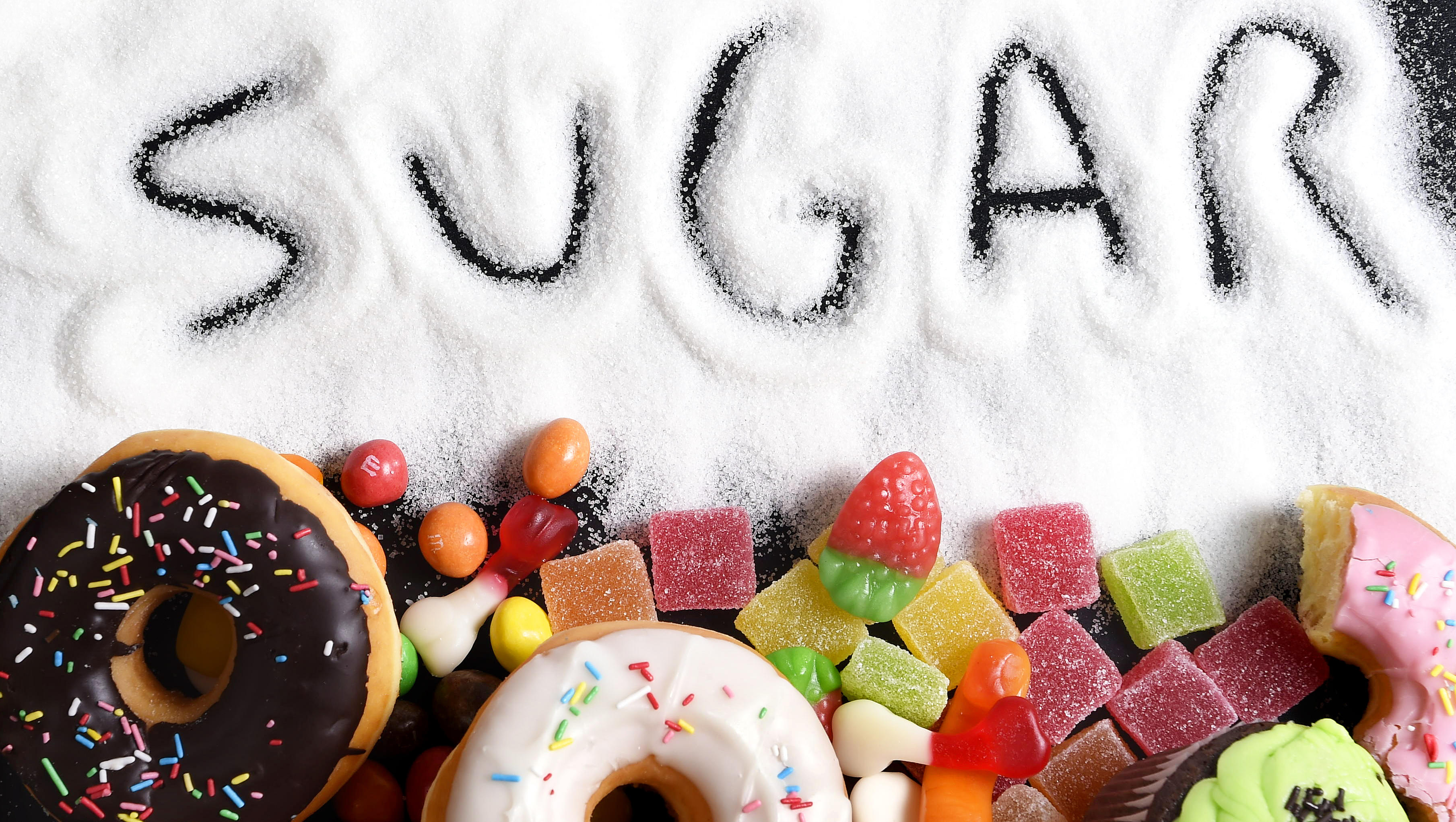 Olivia Yang was stunned when she learned she had type 2 diabetes six years ago, when she was 19. Her doctor was shocked, too. In fact, her physician tested her twice to be sure there wasn’t some mistake. Yang was young, had a normal weight for her 5-foot-2-inch frame, and didn’t consider herself a particularly bad eater. She certainly didn’t seem like someone at risk.

Now a new study may hint at why some patients end up with type 2 diabetes or prediabetes even when they don’t appear to have all of the typical risk factors such as age, obesity, and an unhealthy diet.

Yang learned of her condition sophomore year of college. She’d gone for a physical — a requirement in order to begin working out with a fitness trainer — but her A1C blood test came back abnormally high, indicating diabetes. An A1C test tells a person’s average blood sugar level over the past few months.

More specifically, an A1C test measures what percentage of your hemoglobin — a protein in red blood cells that carries oxygen — is coated with sugar. It’s used to diagnose type 1 and type 2 diabetes and to keep tabs on how a person is managing their condition over time.

Normal readings land below 5.7 percent. The range for someone with prediabetes falls between 5.7 and 6.4 percent and indicates a high risk of developing diabetes. Anything higher is considered diabetes.

Yang, now 25 and an account executive at an advertising agency in Boston, told CBS News, “It was a shock for me. Type 2 runs in my family. But it happened when my parents were older so it was kind of a shock that I would get it at such a young age.”

After the diagnosis, though, she realized she’d had symptoms for a while.

“Looking back, I fell asleep a lot. I was tired a lot after I ate, a symptom that my blood sugar was off. It would be after a meal. I would go to work and have lunch and then I’d be really sleepy. I fell asleep in a meeting in front of my boss once,” said Yang.

She also realized that she’d been consuming a lot of carbohydrates, including sugary foods. Yang said as a Chinese-American she grew up eating white rice every day.

“There was a bowl of white rice with all the dishes every night for dinner. And a lot of our breakfast items are very carb-y,” she said.

Yang also consumed a lot of fruit and fruit juices and enjoyed desserts. But compared to some people’s diets, she said her carbohydrate and sugar habits hadn’t seemed that bad.

“I didn’t realize how much sugar was in stuff I was eating until I was diagnosed — everyday consumptions,” she said.

New research by scientists at Beth Israel Deaconess Medical Center and Harvard Medical School, and sponsored by the National Institute of Diabetes and Digestive and Kidney Diseases, suggests that consuming too much dietary sugar could set off a process in the body that leads to prediabetes and type 2 diabetes.

Study author Dr. Mark Herman, now an assistant professor in the Division of Endocrinology, Metabolism and Nutrition at Duke University School of Medicine, told CBS News that the study, conducted in mice and human liver samples, revealed a specific mechanism that shows that consuming large amounts of sugar, especially fructose, appears to be a trigger. Fructose is commonly used as a sweetener but it also occurs naturally in fruits, vegetables and honey.

Herman said the findings, published in the Journal of Clinical Investigation, address a longtime controversy over whether or not eating excessive sugar contributes to diabetes.

Diabetes is a chronic condition that affects the way the body metabolizes sugar (glucose), a key source of fuel for the body. In type 2 diabetes, the body resists the effects of insulin – a hormone that regulates the movement of sugar into cells – and it doesn’t make enough insulin, causing glucose levels to go awry.

“It has been difficult to understand why insulin is unable to suppress glucose production,” he said.

He and colleagues found that in mice, excessive sugar in the liver appears to activate a molecular factor known as carbohydrate-responsive element-binding protein – ChREBP.  Activating this factor causes the liver to keep making glucose, contributing to increased blood glucose levels despite insulin signals telling it to stop.

“We found that no matter how much insulin the pancreas made, it couldn’t override the processes started by this protein, ChREBP,” he explained. Ultimately it caused blood sugar and insulin levels to increase, which over time can lead to insulin resistance elsewhere in the body.

More than 29 million people in the U.S. have diabetes and 86 million have prediabetes, according to the Centers for Disease Control and Prevention.

Could the new findings explain why some people like Yang, who don’t have the typical constellation of conditions that lead to diabetes – high cholesterol and triglycerides, elevated blood pressure, excess body fat around the waist and high blood sugar – develop the disease sooner? That some combination of high sugar intake and genetics could also be a trigger for diabetes?

Possibly, said Herman. The current findings “allow us to understand the fundamental principles about how this disease develops.” More research in humans will help answer questions further.

“Our traditional understanding of diabetes is that there is type 1 and type 2 but I think the reality is far from being that simple,” said Hsu, explaining that only 80 percent of type 2 diabetes cases are linked with obesity.

“One population presents at a normal body weight and that’s the Asian-American population. We have one of the largest efforts here looking at that,” Hsu said.

“That the liver might have something to do with it – liver insulin resistance – that’s a very positive hypothesis,” he said. “This liver molecule that’s been identified looks like it might be responsible for the inefficiency of the body to use insulin. If that’s the case, we’re linking lifestyle to these changes and that’s exciting. A lot of times we know something is not good for us but we don’t know how to identify the target.”

A major shift in Yang’s eating habits – including reducing her sugar consumption – helped improve her blood glucose levels, she said.

“Food is a huge part of my life, I can’t sacrifice everything. But I make sure I don’t drink any liquid that’s sweet. If I get coffee, there’s no sugar,” she said.

She now limits both fruit and fruit juice. For example, no grapes (1 cup has about 15 grams of sugar), only higher fiber berries (1 cup of strawberries has about 7 grams of sugar). She’s also eating more protein and has done away with white, starchy carbohydrates in favor of whole grain options. She makes sure she eats proteins with carbohydrates, which helps keep her blood sugar steady. And no more big desserts, just a few bites on occasion.

Adding exercise to her weekly routine is also helping regulate Yang’s blood sugar, and her doctor prescribed medication, too. But she says she has to be careful about her weight – when it goes up even a few pounds, so do her A1C numbers.

The new study “doesn’t change tremendously how we treat the disease,” said Herman, who recommended people at risk or who’ve been diagnosed with prediabetes and type 2 diabetes limit sugar consumption and read food labels to avoid products with loads of added sugar – sodas, candy and many packaged foods, for example.

“It’s a very interesting paper, a very well-done paper. The science of it is pretty solid. But it is bench research, not in humans,” Sharma said.

“The science is very good but the issue I think, from my perspective as a clinician, is that diabetes and prediabetes is not about the liver making excessive amounts of sugar. There are seven or eight other pathophysiological defects that can’t be explained by this study alone. This could be part of the problem, but this is certainly not the whole answer,” said Sharma.

Herman said a better understanding of the earliest processes of the disease could help scientists eventually create more effective drugs to help head the disease off at the pass, as well as new ways to test for prediabetes and diabetes risk even sooner – a pre-prediabetes test, if you will.

Even earlier diagnosis could also allow those at risk to change their eating and exercise habits sooner and possibly duck more serious disease, Herman added.

The study provides an important lead, he said.