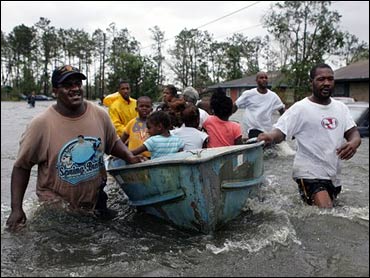 Having spent the better part of two weeks in the hurricane zone, there are several things I can't shake: The suffering of the folks who are still there and the weary reality of the folks who have been displaced. So far from home. So much to think about. So many are still out of contact with family members.

CBS News has been showing pictures of missing kids on TV now for several days. Imagine having endured the ordeal that was New Orleans, only to have been separated from your loved ones. Who comforts the child who can't find his mother? Who comforts the mother who can't find her children? Lord knows people are trying, but for most of us it's just too big a stretch.

The shock is wearing off. What's next might be even worse.