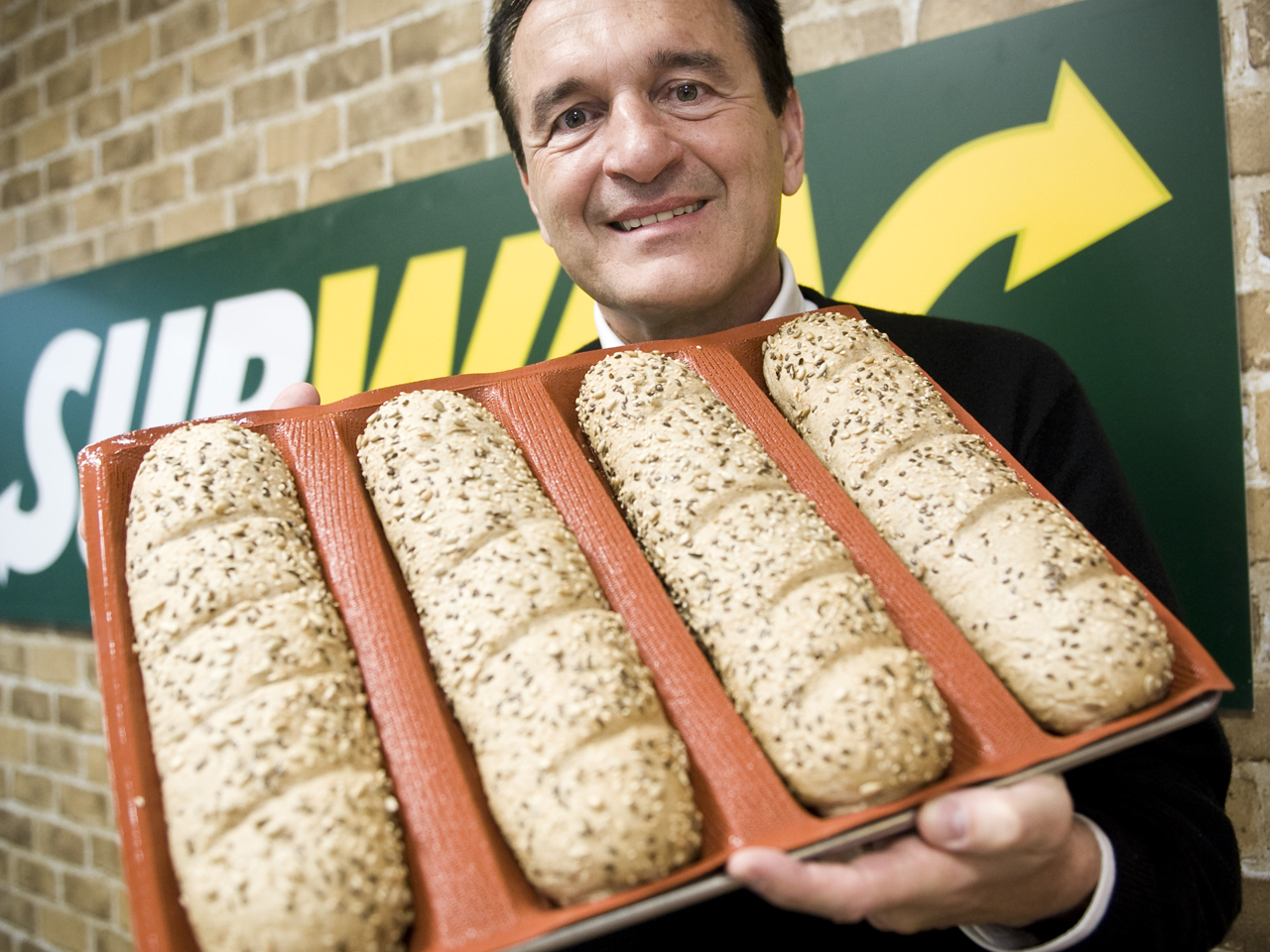 Subway confirmed on Thursday that they were removing a chemical used to make yoga mats and rubber soles on shoes from their sandwich bread.

“We are already in the process of removing azodicarbonamide as part of our bread improvement efforts despite the fact that it is a USDA and FDA approved ingredient,” Subway told CBS News via e-mail. “The complete conversion to have this product out of the bread will be done soon.”

The fact that azodicarbonamide was used as an ingredient in U.S. and Canadian Subway products was brought to light by FoodBabe.com blogger Vani Hari. Hari claims the chemical can be found in 9-grain wheat, Italian white, honey oat, Italian herbs & cheese, parmesan/oregano, roasted garlic, sourdough and Monterrey cheddar breads.

She launched a petition asking the sandwich chain to remove azodicarbonamide from their menu items, pointing out that Australia and Europe have banned the chemical over health concerns. Subway does not use azodicarbonamide in their bread recipes in those countries.

"I reached out to Subway over the last year and a half and they've never once told me they're taking out this chemical, so this is an obvious response to the power of the Food Babe army," she told CBS News.

Subway said they had been in the process of eliminating use of this chemical before they heard of Hari's campaign.

The Center for Science in the Public Interest pointed out that azodicarbonamide has been used to strengthen dough, and forms semicarbazide and urethane when it is baked. Semicarbazide has been linked to lung and blood cancers in mice, and urethane has been known to cause cancer in rodents as well.

“Considering that many breads don't contain azodicarbonamide and that its use slightly increases exposure to a carcinogen, this is hardly a chemical that we need in our food supply,” said in a statement.

The World Health Organization reported that case reports and studies on human have shown azodicarbonamide can cause asthma, respiratory symptoms and skin problems in workers who are exposed to it. However, limited studies show that animals who are exposed to it by inhaling it or eating it in large amounts tend to not absorb the chemical in their bodies and eliminate it quickly as waste.

Dr. Barry Blakely, a toxicology professor at the University of Saskatchewan in Saskatoon, told the CBC that more research needs to be done on azodicarbonamide and other like chemicals.

"There’s a risk assessment issue here — why are they putting it in?" Blakely said. "Is there a real benefit other than color or keeping the food soft? And is that a legitimate reason to add risk to the equation? If, maybe it causes cancer or maybe it causes asthma, which is more important to you — having that fluffy cookie or having a reduced risk of asthma or cancer?"

Hari was also behind the petition to Kraft asking them to remove Yellow no. 5 and 6 coloring from their products. Kraft agreed to remove the dyes from three kid-friendly varieties.