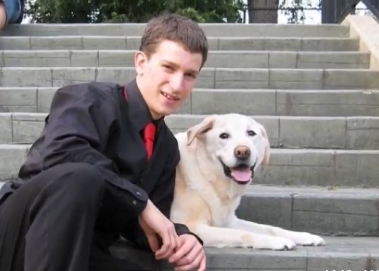 A suburban mom has taken down a drug ring she says killed her son, CBS Chicago reports. "I always felt like he was by my side helping me," said Karen Dobner of her 19-year-old son, Max Dobner.

In 2011, he suffered hallucinations and a panic attack after taking a form of synthetic marijuana sold as "potpourri" and drove 100 mph into a house, accidentally killing himself.

Karen Dobner partly blames Ruby Moshin, who sold Max and his friend a product called iAroma — a type of synthetic marijuana made of marshmallow leaves sprayed with chemicals. The teens bought it in 2011 at a store Moshin owned at a mall in Aurora, a Chicago suburb.

"I don't know what kind of mother sells drugs in the mall to kids," Dobner said.

Moshin did not comment as she entered the federal courthouse to be sentenced for her role in selling iAroma, Evidence showed she bought more than 1,000 packets of iAroma to sell out of the store, calling it potpourri.

After her son's death, she wanted justice. For seven years, she fought to take down everyone involved in the manufacturing, distribution and sale of iAroma to her son.

Dobner credits CBS2 Chicago with helping her cause.

"She continued to sell, and that's why she's going to prison," Dobner said.

Dobner also hired Attorney Shawn Collins, who filed suit against those involved with the iAroma that led to Max Dobner's crash.

"Through our investigation, we learned that there was literally a nationwide distribution network — North Carolina, Iowa, Texas, Louisiana," Collins said.

Dobner said she won for her son, but would trade everything to have him back. She has been working for years to warn people about the dangers of synthetic marijuana, which can be 800 times stronger than real marijuana and especially dangerous because consumers don't know what ingredients are used.

Editor's note: This story has been corrected; iAroma is made of marshmallow leaves (not mushroom leaves) sprayed with chemicals.