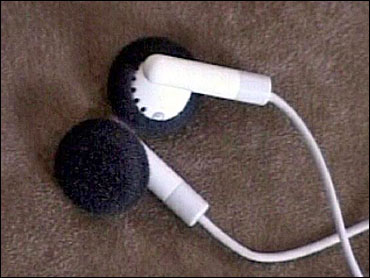 Using earphones to listen to your iPod or similar music player? Don't crank up the volume too high for too long. That's the word from a conference called Noise-Induced Hearing Loss in Children at Work and Play.

Two studies on iPods and similar devices will be presented Thursday at the conference, being held in Cincinnati.

The first study comes from Cory Portnuff, Au.D., a graduate student at the University of Colorado at Boulder. Portnuff's team conducted a series of tests to determine exactly how long and how loud people could safely listen to iPods and similar devices with different types of earphones. Those headphones included earbuds, sound-isolating headphones (which reduce background noise), and regular over-the-ear headphones.

The key finding: The higher the volume, the more you should limit your listening time, with the recommended limits varying somewhat depending on the type of headphones you're using.

If you turn down the volume just a bit, to 70 percent of the maximum, the researchers suggest more generous time limits: