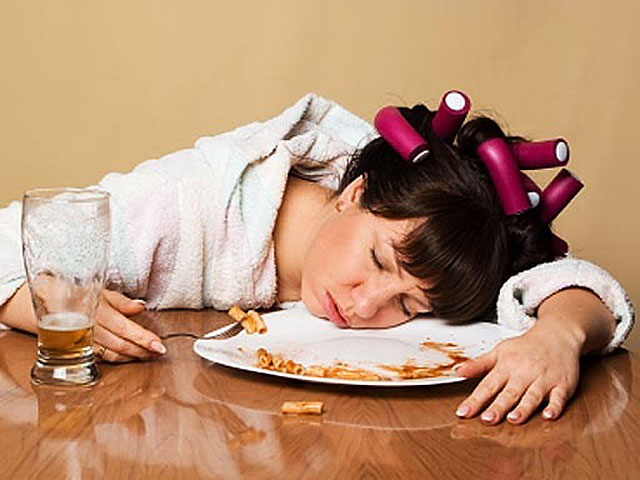 In findings presented at an American Heart Association meeting in San Diego, researchers found that people who got about a third-less than their average amount of sleep time ate over 500 additional calories a day on average.

The perils of sleep deprivation
VIDEO: Foods that help you sleep

"Sleep deprivation is a growing problem, with 28 percent of adults now reporting that they get six or fewer hours of sleep per night," said Dr. Andrew D. Calvin, co-investigator and assistant professor of medicine at the Mayo Clinic in Rochester Minn., said in the press release.

For the study, 17 people aged 18 to 40 were asked to record their sleeping and eating patterns. The group was then asked to go home and sleep for three days while wearing a device that recorded the time they snoozed. Then, they were asked to sleep in a laboratory setting for eight days. Half the group was only allowed to sleep two-thirds of their normal slumber time, the other half served as "controls" and were allowed the full amount. Everyone in the study could eat as much as they wanted.

On average, the control group slept 6.5 hours a night, meaning that the test group only got 5.2 hours of shut-eye. The National Sleep Foundation recommends that adults get 7 to 9 hours of sleep a night.

The researchers found people in the test group ate an average of 549 additional calories each day, while those who got their normal amount of sleep ate 143 fewer calories a day. Calvin told  WebMD that if that rate of consumption kept going, the people who slept less could gain up to 1 pound a week.

More importantly, it didn't seem that the people who were awake longer burned more calories from additional activities. Lack of sleep was also associated with leptin levels and decreasing ghrelin, hormones linked to appetite control and overeating.

The researchers acknowledge that the test period was very short and they do not know if the results would continue if the experiment took place over a longer period of time and hope to test a larger group of people in the future.

The National Institutes of Health has tips for healthy sleep.