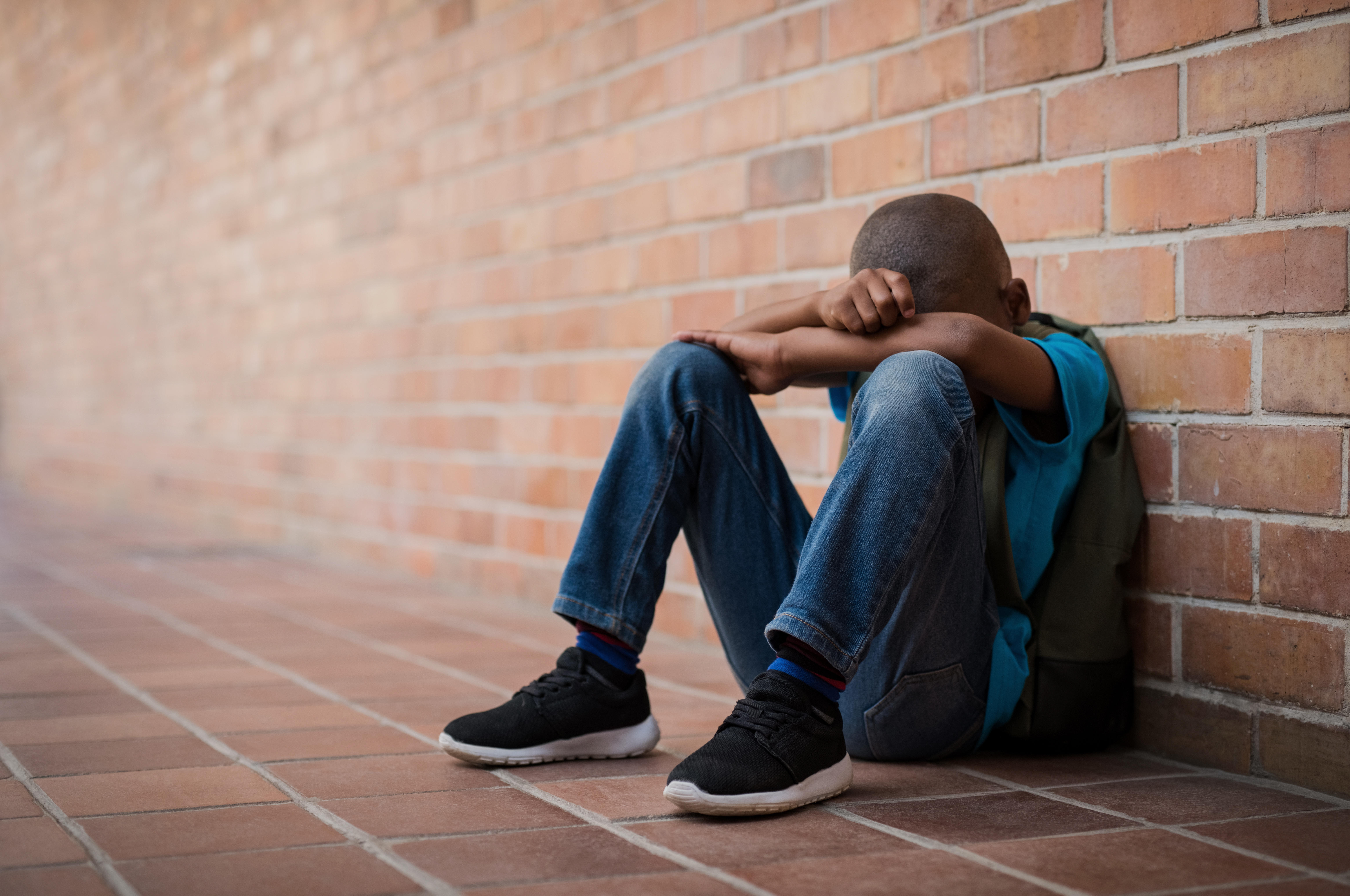 Several recent studies have pointed to a worrisome increase in suicide rates among Americans of all ages, and young people in particular. While suicide rates traditionally have been higher among whites than blacks in the United States, new research finds that's not true among younger children.

When researchers focused in on kids between the ages of 5 and 12, they discovered that the suicide rate among black children is roughly two times higher than that of white children in the same age group.

For teens, the trend reversed. Suicide rates were about 50 percent lower in black adolescents aged 13 to 17 than their white counterparts. The findings are published in JAMA Pediatrics.

"While the suicide rate was lower for black youth than white youth overall, we found a striking change in that trend when we analyzed the suicide rates by the two age groups," study co-author Lisa Horowitz, Ph.D., of the National Institute of Mental Health, said in a statement.

The findings were similar for both boys and girls.

Suicide is a major public health problem in the United States and the second leading cause of death among American teens. The authors note that the overall risk of suicide among children is very small, but of course the impact can be devastating for parents, friends, and communities.

For the study, conducted by researchers from Nationwide Children's Hospital and the National Institutes of Health, the authors used data from a CDC database which tracks fatal and nonfatal injuries, violent deaths, and cost-of-injury data. The researchers looked at data from 2001 to 2015 for children ages 5 through 12 and teens ages 13 to 17.

Why are black children at a higher risk of suicide?

The study did not include data on what might be contributing to the racial difference in suicide rates in the younger age group. That's going to be the focus of follow-up research, says study co-author Jeff Bridge, Ph.D., director of the Center for Suicide Prevention and Research at Nationwide Children's Hospital.

"There's very little research about suicide in black youths," he told CBS News. "Most of the studies that have looked at risk factors for suicide included mostly white suicide[s]."

Bridge said he and his team are planning to look at potential factors such as the availability of health care and community resources, attitudes towards mental health care, and the potential impact on children of higher homicide rates among older black adolescents.

Jeanne Miranda, Ph.D., professor in the Department of Psychiatry and Biobehavioral Sciences at the University of California, Los Angeles, who was not involved in the study, called the findings "distressing." While she also emphasized that there is no data to explain the reasons behind the disturbing trend, she did offer a few theories.

"We know that African-Americans are much less likely to use mental health services," Miranda told CBS News. "One reason for this is the lack of access to care. Even with the expansion of Medicaid under the Affordable Care Act, the states that chose not to expand Medicaid are heavily African-American in the South."

Another concern, she says, is that African-Americans may have less trust in the mental health care system. "It's still unfortunately quite white," said Miranda, who also co-directs the Youth Stress and Mood Program at UCLA. "There are not enough minorities [working at mental health care facilities] and I think people don't always feel comfortable seeking mental health services."

Exposure to violence, which is statistically much higher among black youth, and families torn apart due to the higher rate of incarceration of African-American men, may also play a role in suicide risk in black children, she says. According to the Pew Research Center, African-Americans make up 12 percent of the total U.S. adult population but account for 33 percent of the share of people in prison.

"There's also quite compelling evidence that in some ways, there's this school to juvenile justice to prison pipeline that shows that African-American kids are punished more severely in schools," Miranda said. "When we started seeing these 'zero tolerance' policies, it primarily ends up falling on the heads of African-American children who are disproportionately or more severely punished for the same violations of school rules. That is setting them up for failure in a system."

"All of this speaks to the legacy of racism and I think there's a demand for African-American children to be stoic in the face of all this and not get care," Miranda said.

Warning signs of suicide in children and teens

If a young person of any race or ethnicity is having thoughts of suicide, experts say it is important to get them care immediately.

According to the Centers for Disease Control and Prevention, signs that a young person may be at risk for suicide include:

Bridge emphasizes the need for parents and caregivers to have open conversations with their children if they think something might be off.

"If you have a concern about a child, ask if they're having thoughts of suicide, if they're feeling hopeless, or having thoughts that they don't want to live anymore," he said. "Asking allows there to be a conversation around mental health. Asking will not put the thought of suicide in a child's head. It really creates an opportunity to get treatment if it's warranted."

Miranda also notes how critical it is that parents don't have anything available in the home that a child could use to harm themself.

"Locking up guns is so essential. A huge number of deaths in the United States are by firearms. You can do it so quickly and impulsively," she said. "Make sure any drugs or medications are kept locked up and only opened when adults use them. Those things are so important to make the home safe."