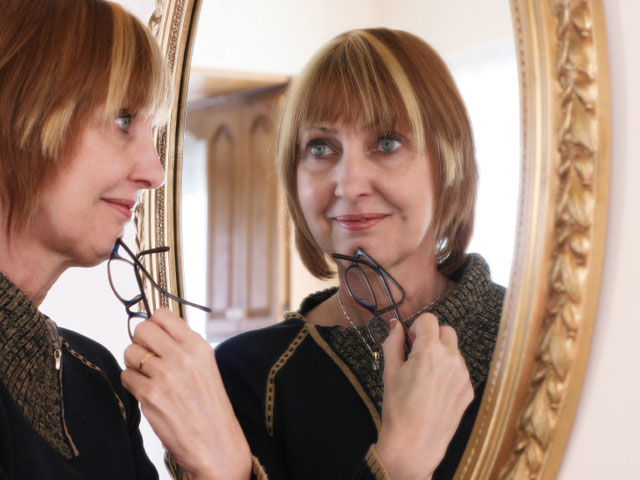 Did your lab partner look 10 years younger than you at your last high school reunion? She may be taking better care of her body, a new study suggests.

The study, published in the Proceedings of the National Academy of Sciences, examined the pace at which people age, and according to its authors, may have cleared the way for more effective anti-aging therapies.

"The important thing about this study, because most studies on aging looked at the elderly, and what this said is in your 20s you need to start to pay attention because you can slow that aging process," CBS News medical contributor Dr. David Agus said Wednesday on "CBS This Morning."

Researchers tracked nearly 1,000 38-year-olds and found the rate at which participants aged varied widely. The subjects' "biological age," ranged from under 30 to more than 60, despite all having the same "chronological age."

"(The study) looked at a young, healthy population to see what the differences were overtime for them; as opposed to looking at older people who are already elderly -- some were sick, some were not -- and trying to figure out in retrospect how they had stayed healthy," Lenox Hill Hospital internist Dr. Len Horovitz said Wednesday on "Up to the Minute."

Their hypothesis? Participants who appeared older were actually aging faster than their chronologically-age-similar peers.

Using data compiled by the Dunedin Study, researchers compared participants' benchmark of 18 parameters, including organ function, dental health and cognitive function, to data from six and twelve years prior.

"There's something called familial constitutional developmental delay where people actually do age chronologically, but biologically more slowly in families, where people just look younger in a family. Some of this is genetic," Horovitz said.

But Agus said genetics accounts for about 20 percent of how people age, while environmental and lifestyle factors play a much larger role.

"It's what you do, it's how you live," Agus said. "Things like not watching your waistline, things like smoking, have a dramatic effect to accelerate aging."

Ways to combat the effects of aging include eating a proper diet, exercising and sleeping for seven to eight hours per night.

Agus said it's also important to consider family history and focus on preventative treatments for those specific issues.

"The key to everything is slowing it and if you start early, you're going to have a much better outcome," he said.

Horovitz said it's never to late to start.

"You can certainly stop smoking, you can get your vitamin D level to normal, you can go to the gym, you can get proper rest -- 7 hour sleep, you can have good nutrition that doesn't emphasize sugar and fats and looks more at fruits and vegetables and healthier foods," he said.