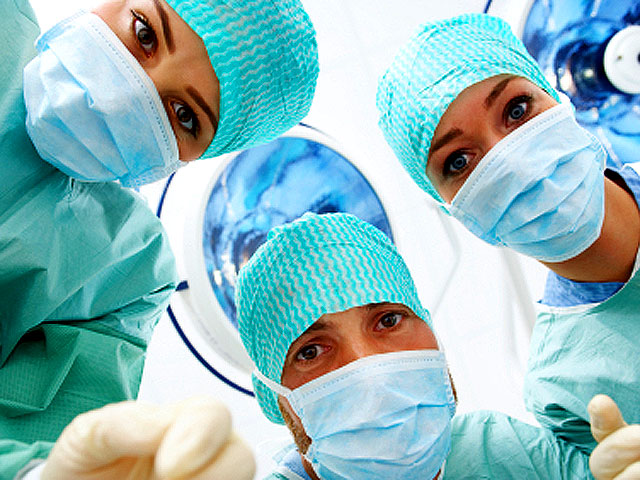 (AP) CHICAGO - What do hospitals charge to remove an appendix? The startling answer is that it could be the same as the price of a refrigerator - or a house.

It's a common, straightforward operation, so you might expect charges to be similar no matter where the surgery takes place. Yet a California study found huge disparities in patients' bills - $1,500 to $180,000, with an average of $33,000.

The researchers and other experts say the results aren't unique to California and illustrate a broken system.

"There's no method to the madness," said lead author Dr. Renee Hsia, an emergency room physician and researcher at the University of California, San Francisco. "There's no system at all to determine what is a rational price for this condition or this procedure."

The disparities are partly explained by differences among patients and where they were treated. For example, some had more costly procedures, including multiple imaging scans, or longer hospital stays. A very small number were treated without surgery, though most had appendectomies. Some were sicker and needed more intensive care.

But the researchers could find no explanation for about one-third of the cost differences.

Other developed countries have more government regulation that prevents these wild disparities. U.S. critics of that kind of system favor more market competition, yet the study illustrates that "the laws of supply and demand simply do not work well in health care," said Dr. Howard Brody, director of the Institute for the Medical Humanities at the University of Texas Medical Branch in Galveston and a frequent critic of skyrocketing medical costs.

The study was published Monday in the journal Archives of Internal Medicine.

President Barack Obama's health care overhaul, now in the hands of the U.S. Supreme Court, would have little effect on the kinds of disparities seen in the study, policy experts say.

The researchers examined 2009 data that hospitals were required to submit to the state on 19,368 patients with appendicitis. To get the fairest comparisons, the researchers included only uncomplicated cases with hospital stays of less than four days. Patients were 18 to 59 years old.

The study looked at what patients were billed, before contributions from their health insurance - if they had any. The figures don't reflect what hospitals were actually paid. Insurance companies often negotiate to pay less than what they are billed, and what patients pay depends on their health plans. Those least able to pay - the uninsured - could be socked with the full bill.

Still, even those with good health insurance may end up paying a portion of the cost, so price matters, Hsia said.

Uninsured and Medicaid patients had slightly higher bills than those with private insurance. Charges were highest at for-profit hospitals, followed by nonprofits. County hospitals, typically safety-net hospitals, had the lowest charges.

The costliest bill, totaling $182,955, involved a woman who also had cancer. She was treated at a hospital in California's Silicon Valley. Her bill didn't show any cancer-related treatment. The smallest bill, $1,529, involved a patient who had her appendix removed in rural Northern California. Otherwise, the cases were similar: Both patients were hospitalized for one day, had minimally invasive surgery, and had similar numbers of procedures and tests on their bills.

Itemized bills for appendix removal can include fees for staying overnight in the hospital, the surgery and surgical supplies, operating room expenses, anesthesia, imaging tests, medicine and lab tests.

The analysis echoes other reports, including a study of 66 hospitals in the U.S. and Canada that found charges for the same services varied widely in both countries. Other studies have found big geographic disparities in health care costs.

Data from the federal Agency of Healthcare Research and Quality and the International Federation of Health Plans suggest the nationwide average price for an appendectomy is almost $28,000.

Kids' tonsil, appendix operations tied to heart attack: What parents must know
Antibiotics for appendicitis may be as effective as surgery

Caroline Steinberg, a vice president at the American Hospital Association, said hospitals partly set charges based on their costs of providing services, which vary by community. Steinberg said if two patients with the exact same condition received exactly the same services in the same hospital, the charges would be similar.

But Hsia said the problem is that most hospitals don't advertise charges, and sick patients generally don't get to choose the exact drugs or surgical techniques that are used on them.

The study was paid for by the Robert Wood Johnson Foundation, which funds health research and programs.