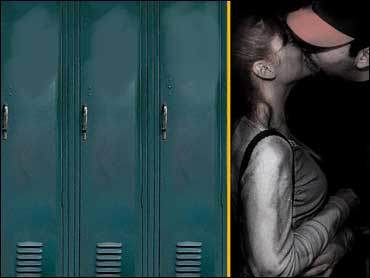 Programs that focus exclusively on abstinence have not been shown to affect teenager sexual behavior, although they are eligible for tens of millions of dollars in federal grants, according to a study released by a nonpartisan group that seeks to reduce teen pregnancies.

"At present there does not exist any strong evidence that any abstinence program delays the initiation of sex, hastens the return to abstinence or reduces the number of sexual partners" among teenagers, the study concluded.

The report, which was based on a review of research into teen sexual behavior, was being released Wednesday by the nonpartisan National Campaign to Prevent Teen and Unplanned Pregnancy.

The study found that while abstinence-only efforts appear to have little positive impact, more comprehensive sex education programs were having "positive outcomes" including teenagers "delaying the initiation of sex, reducing the frequency of sex, reducing the number of sexual partners and increasing condom or contraceptive use."

"Two-thirds of the 48 comprehensive programs that supported both abstinence and the use of condoms and contraceptives for sexually active teens had positive behavior effect," said the report.

Patra Stephan, a spokesperson for the National Abstinence Education Association, said that the group wanted to examine the study but that there is evidence that an emphasis on abstinence, indeed, has positive results.

A spending bill before Congress for the Department of Health and Human Services would provide $141 million (euro96.93 million) in assistance for community-based, abstinence-only sex education programs, $4 million (euro2.75 million) more than what President George W. Bush had requested.

The study, conducted by Douglas Kirby, a senior research scientist at ETR Associates, also sought to debunk what the report called "myths propagated by abstinence-only advocates" including: that comprehensive sex education promotes promiscuity, hastens the initiation of sex or increases its frequency, and sends a confusing message to adolescents.

None of these was found to be accurate, Kirby wrote.

Instead, he wrote, such programs improved teens' knowledge about the risks and consequences of pregnancy and sexually transmitted diseases and gave them greater "confidence in their ability to say 'no' to unwanted sex."

The sponsors of the study praised Kirby for his "thorough research" and for being "fair and evenhanded," but they also acknowledged that ETR Associates developed and markets several of the sex education curricula reviewed in the report. Several of the previous studies that were reviewed also were written by Kirby.

The report noted that there continues to be "too high levels of sexual risk-taking among teens" with 47 percent of all high schools students reporting having sex at least once and 63 percent saying they have engaged in sex by the spring semester of their senior year.

"Many teenagers do not use contraceptives carefully and consistently," said the report. About 40 of every 1,000 girls age 15 to 19 gave birth in 2005, the last year for which data was available, the report said.