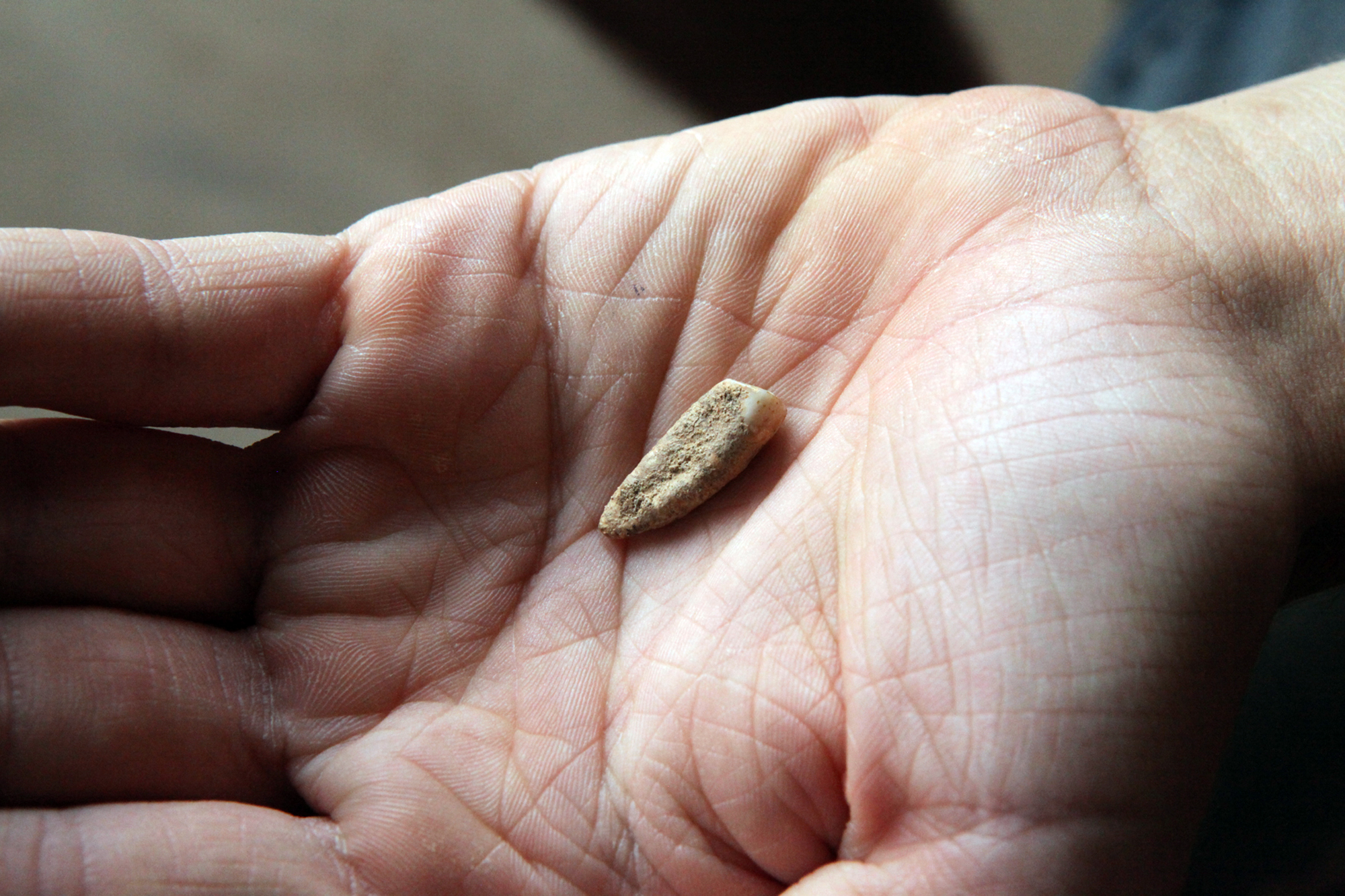 Two students have found a human tooth from about 560,000 years ago in a famous prehistoric cave in southwestern France, a discovery praised by archaeologists as the oldest human body part ever discovered in the country and being rare from that period in Europe.

The tooth was found last week during excavations at Tautavel, one of Europe's most important prehistoric sites, where about 40 volunteers are working under the supervision of scientists.

Chevalier told The Associated Press that the adult tooth would help fill a gap between the very few oldest human fossils, notably found in Spain and Germany, and more recent ones.

Thousands of finds on the site include prehistoric tools and bones from animals, especially horses, reindeers and buffalos.

"We believe these men have lived for a long time in the cave or have regularly come back into it," Chevalier said. "We also know that the area was quite cold at the time. It was a steppe, with no trees. There had to be some long periods with snow."

These latest findings haven't been the subject of a scientific publication yet, but Tautavel is recognized as a reference by archaeologists all over the world.

There have been excavations at the cave for about 50 years and it's famous for the discovery of 450,000 human skull in the early 1970s, known by scientists as the "Tautavel Man."

Christian Perrenoud, a geologist and archaeologist who has been director of Tautavel's excavations for nine years, told the AP that his team used several dating processes to determine the age of the tooth.

Perrenoud said he is "pretty confident" that his team will find more human fossils from this period on the site. "Our daily life is to determine what human activities looked like 560,000 years ago," he said.

Professor Chris Stringer, merit researcher in human origins at the Natural History Museum of London, wrote in an email to the AP that "well-dated teeth of this age are very important as they probably belonged to the species Homo heidelbergensis, which is already known from Arago (in Tautavel) in France, Mauer in Germany and Boxgrove in England."

"If the tooth has calculus (tartar) attached to it, this may also provide direct evidence of the diet of these ancient humans," he added.