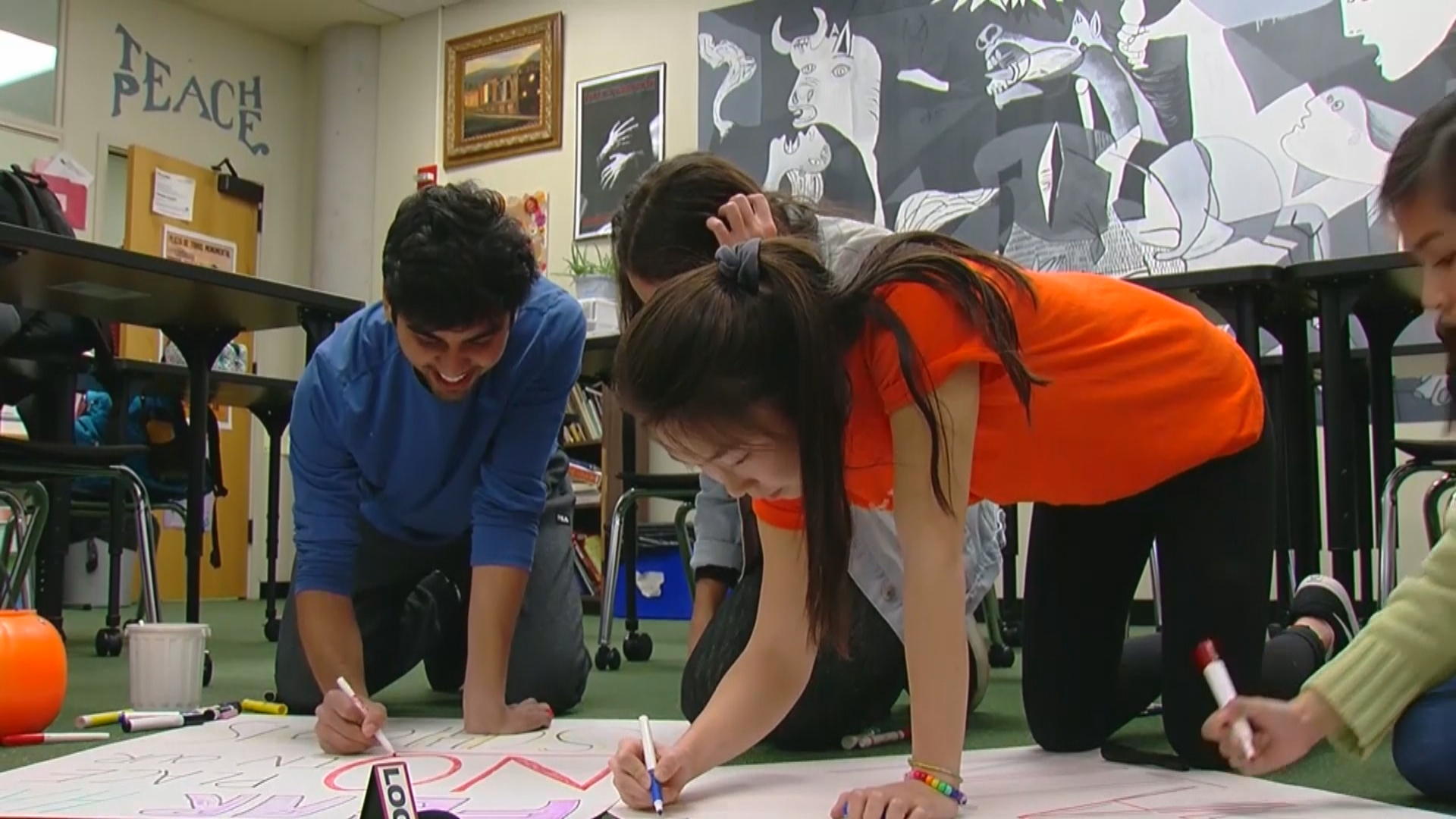 Students at more thousands of schools across the country planned to walk out of class Wednesday morning to protest gun violence. The 17-minute walkout is a tribute to the 17 victims killed last month at Marjory Stoneman Douglas High School in Parkland, Florida. On Tuesday, Florida prosecutors said they will seek the death penalty for the accused gunman.

Students there says it's their duty to join the nationwide walkout, a tribute those killed at their school one month ago Wednesday, reports CBS News' Adriana Diaz. Students across the country spent Tuesday preparing for the protest, which they hope will keep the national attention on gun violence, and maintain pressure on politicians.

"The young people of this country, are advocating for change we want something to change now," said Makayla Stover, of Sycamore High School in Cincinnati.

According to the #Enough website, there will be more than 3,000 walkouts from California to Puerto Rico. Most students will leave class at 10 a.m. in their time zone. Since the shooting, Florida lawmakers passed new gun laws for the first time in 22 years – but students there want to see changes nationwide.

"What we're trying to show here is that young people are getting up, they're getting politically active and we're gonna hold our elected officials responsible," said Stoneman Douglas student David Hogg.

Other students are opting out of the protest. At Mastery Charter School's Shoemaker Campus in Philadelphia, students feel the protests don't recognize everyday violence in urban communities.

"It's not like the issue doesn't matter, 'cause of course it matters, it's lives that just got lost. But at the same time, we're not cherishing all lives," said student Amaya Toby.

The father of Stoneman Douglas victim Alaina Petty is advocating for a different approach. On Twitter, Ryan Petty encouraged students to "Walk up to the kid who causes disturbances in class and ask how he's doing," adding #walkupnotout.

The Broward County school superintendent said students who walk out will not be disciplined for leaving class. He said teachers should make this a "teachable moment."