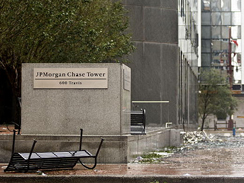 (MoneyWatch) COMMENTARY As the director of research for the Buckingham Family of Financial Services, I've been asked by clients and advisors to analyze myriad structured products. I've yet to find one that anyone should buy. Having reviewed more than 100 of them, when hearing about a new one, my stock response is: You don't even have to bother to analyze the security to know that it should be avoided. The reason is simple.

All you need to understand about structured notes is that the job of the CFO of the issuer (a sophisticated institution) is to raise capital at the lowest cost. If she could raise it by issuing a simple straight debt offering, then she would do so. Thus, the only reason to offer a structured note is that it provides cheaper capital. And that means that if you buy the note you're getting a lower expected return. As my kids would say, EOD (end of discussion). You don't have to analyze the deal, because you know the CFO isn't dumb. And she certainly isn't offering you a higher return because she likes you!

The other day I received an e-mail from an advisor who asked me to help him respond to his client about a structured note being offered by JPMorgan. The following is a brief description of the offering that was presented as a way to "gain the upside of equities but have complete insulation from the downside."

All sounds great -- you get the upside potential without the downside risk. Isn't that wonderful? JPMorgan is giving you a great deal, you get all the benefit if stocks rise, and they keep all the risk of stocks falling.

There's a reason that the saying "if it's too good to be true, it is," is a cliché. JPMorgan isn't offering you a good deal. They've priced the embedded options and the other features and they know that this offering, after all costs, provides them with a lower cost of capital, and you with a lower expected return.

Let's do a quick and rough bit of analysis. The first, and what should be the most obvious, issue is that this is an unsecured debt offering. Thus, you're taking credit risk -- and you should be compensated for that risk. We can calculate that implied cost by comparing the yield on JPMorgan's notes and the yield on similar Treasury notes. A five-year Treasury was yielding about 0.75 percent. You should get a premium above that for taking the credit risk. How much of a premium? The amusing thing was that the morning after I received the e-mail, JPMorgan's credit rating was downgraded two notches, increasing the spread between their cost of funds and the Treasury's. That spread had increased to about 2.8 percent for five-year debt.

Let's assume it's about 3 percent for a 5.5-year term. That's an implicit cost (you're not billed for it) that you should account for. Then, you should also account for an illiquidity premium. While Treasuries are the most liquid investment in the world, these notes are likely to be highly illiquid, with large trading costs if you had to (or wanted to) sell -- if you could sell them at all. You have to decide for yourself how much the loss of liquidity is worth. One consideration is that the loss of liquidity means you're not likely be able to rebalance your portfolio if required.

The next issue relates to the fact that while a significant portion of the historical return on stocks has been derived from dividends, the return on the note is based on the price-only return of the benchmark portfolio, excluding dividends. While I don't know the dividend yield of their Global High Quality Stock portfolio, we can estimate that at about 2.5 percent. (Vanguard's High Dividend ETF [VYM] is currently yielding about 2.9 percent, and the S&P 500 Index currently yields about 2.2 percent.) Since you only earn the price-only return, the loss of the dividend is also an implicit cost.

So, we have the credit spread of about 3 percent and the loss of dividends of about 2.5 percent, for a cost of the product of about 5.5 percent, not even considering any illiquidity premium that you should demand.

The last issue is related to the value of the put option, the downside protection. This is the shiny apple that attracts investors who have had to deal with poor stock market returns for the past 10 years. (The poison inside is the costs we have discussed.) So how much is that worth? How often did stocks have negative nominal returns over 5.5-year periods?

While that much lower level doesn't guarantee that you'll avoid negative returns over the next 5.5 years, it certainly reduces the risk. Is it really worth paying the implied costs for the protection offered? The answer is simple: JPMorgan has done the math for you. They know, or believe, they can hedge the downside risk (via puts or other derivative securities) at a total cost that is less than the cost of a straight debt issue. Otherwise they wouldn't go to the expense of marketing and issuing this much more complex note. With that said, we can at least estimate the costs.

As I write this, the cost of a one-year "at-the-money" (at current prices) put (the right, but not obligation, to sell) is about 8.4 percent. Since volatility declines as you lengthen the horizon, we would expect to see lower per year costs as we extend the maturity, and that's what we see. A two-year at-the-money put costs about 7.4 percent. The cost of the longest put available, 2.5 years, is about 6.8 percent. Given that the annual costs are dropping, certainly we would expect the costs for a 5.5-year put to be a significantly lower than our estimate of the 5.5 percent per year cost of the note, even without considering the illiquidity premium that should be there.

The e-mail provided one more amusing moment, which I'm sure regular readers of my blog have already picked up on -- the note is "linked to our Global High Quality stock list, in which we have a lot of conviction as a firm." First, we know that overconfidence is an all-too-human trait. Second, JPMorgan's track record isn't one that anyone should have a conviction about, except that it's more likely to underperform than outperform. The historical record is there for you to see.

The bottom line is that if you want to change the potential dispersion of returns, cutting the downside risk while maintaining similar expected returns, structured notes aren't designed to help you achieve that goal in an effective manner. Instead, they're designed to lower the cost of capital of the issuer, meaning you have lower expected returns. You just don't know it. The efficient way to accomplish your objective, at least historically, is to lower your exposure to beta (stock market risk) while increasing your exposure to the risk factors of size (the risks of small companies) and value (the risks of value companies).