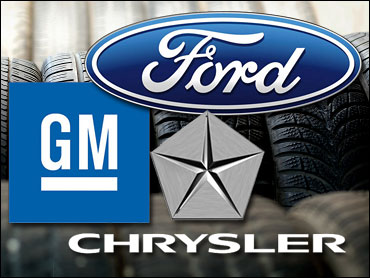 U.S. auto sales sputtered back to life in 2010 and car companies expect them to keep climbing this year as the economy recovers and buyers grow more confident.

With sales of around 11.5 million new cars and trucks, 2010 was still the second-worst year in almost three decades, after 2009. And car companies are starting to wonder if they will ever reach the heights they saw in the early 2000s, when credit was cheap, incentives were rampant and sales topped 17 million.

Still, 2010 was a good year for Detroit's car companies. Ford Motor Co. sales rose 15 percent and it grabbed market share from rivals for the second year in a row. General Motors Co.'s sales rose 6.3 percent while Chrysler climbed 17 percent, an impressive rebound from 2009 when the two companies restructured in bankruptcy court.

Toyota Motor Corp. continued to struggle. Its sales were flat in 2010, a casualty of the company's tarnished safety record. Toyota has recalled more than 10 million vehicles since late 2009 for various issues, including sticky gas pedals.

GM expects sales in the 13-million range in 2011, which would be back up to the level the U.S. saw in 2008. Eventually, sales will creep back up to 15 or 16 million, but not much higher, said Don Johnson, vice president of GM U.S. sales.

Car companies have downsized and they're producing fewer vehicles, so they don't have to resort to costly incentives in order to clear out inventory. Big incentives like the employee pricing for everyone program in the summer of 2005 were one reason buyers flocked to dealerships.

Also, buyers have been spooked by falling home prices and stubbornly high unemployment. But the economy is improving, and car companies are more confident about 2011.

GM sold 2.2 million vehicles in 2010, nearly 131,000 more than the prior year, even though it got rid of four brands to focus on Chevrolet, Buick, Cadillac and GMC.

The company's December sales rose 7.5 percent because of hot sellers such as the Chevrolet Equinox, a smaller SUV that seats five people. Equinox sales rose 80 percent.

Ford's sales rose thanks to strong demand for its pickups, as construction companies and other small businesses began buying trucks again. The F-150 pickup was the best-selling vehicle in the U.S. last year.

Ford sold 1.9 million cars and trucks and stole customers from rivals including GM and Toyota. Ford said 2010 was the second year in a row it gained U.S. market share, its first back-to-back increase since 1993. December sales rose 3 percent, though, in part because of a 40-percent reduction in low-profit sales to rental-car companies.

Chrysler Group LLC sold 1.1 million vehicles in 2010. Much of the increase early in the year came from sales to rental-car companies, but new vehicles fueled growth later. Sales of the new Jeep Grand Cherokee were three times higher in December than they were in the same month a year earlier. December sales for all of Chrysler's brands rose 16 percent.

Hyundai Motor Co., which said its sales rose 24 percent for the year to 538,000 vehicles, a record for the company.

Nissan Motor Co., which reported an 18 percent sales jump for the year to nearly 909,000 cars and trucks.