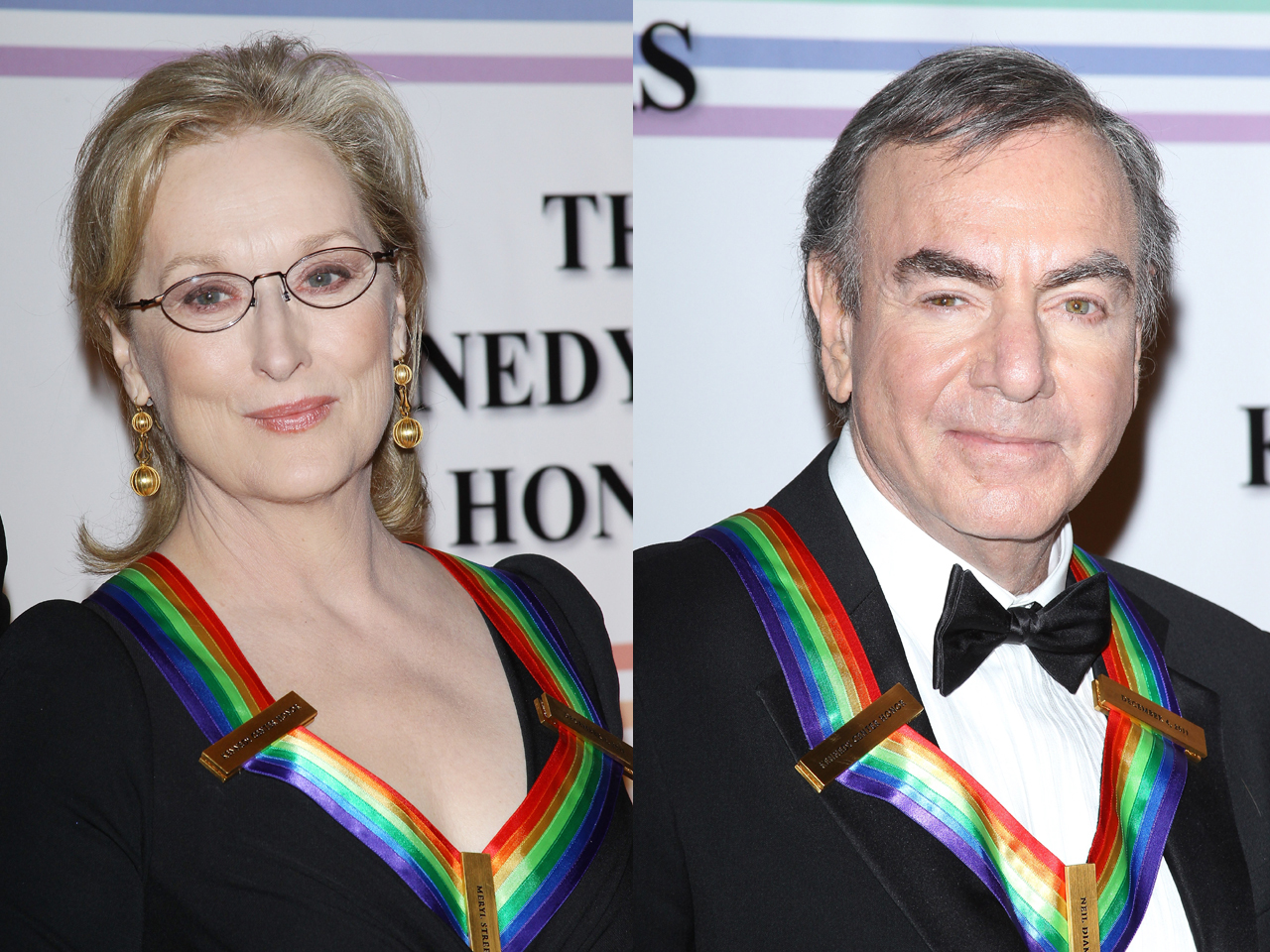 (CBS) Meryl Streep and Neil Diamond are among the stars who received 2011 Kennedy Center Honors earlier this month. Viewers will soon get an inside glimpse into the annual gala, which celebrates contributions to the arts.

The event, which was taped on Dec. 4 in Washington, will air Tuesday at 9 p.m. ET/PT on CBS.

Host Caroline Kennedy opened the gala, citing her father, President John F. Kennedy. "Forty-nine years ago, my father said, 'There is little of more importance to the future of our country and of civilization than full recognition of the place of the artist ... if art is to nourish the roots of our culture, society must set the artist free to follow his vision wherever it takes him,'" she said.