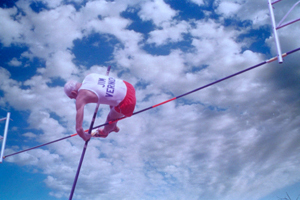 (MoneyWatch) "Getting old sucks!" I heard this lament the other night from a seventy-something friend at dinner. An Internet search on this phrase brings up pages of links, so clearly this colorful expression is on the minds of many baby boomers as they get older. If this thought has ever crossed your mind, read on for some helpful stories and tips for coping with aging.

My friend had torn his meniscus playing racquetball and is facing knee surgery. It's jeopardizing the vacation he and his wife had planned later this year. It's also delivered a double-whammy to his pocketbook, taking him away from his business for awhile, which cuts into his income, while forcing him to spend money out-of-pocket on deductibles and co-payments.

We faced the same issues with my father, who inspired our family by pole-vaulting, high-jumping and hurdling well into his late seventies. But along the way, he incurred a number of injuries to his knees and legs, which ultimately confined him to a wheelchair. I believe that being unable to walk contributed to his physical and mental decline in his later years, although I can't prove that. Eventually he needed expensive, long-term care that took a toll on my parent's savings and their enjoyment of life.

Being a senior athlete was key to my father's identity. I remember him saying, "Life isn't worth living if I can't pole vault or snow-ski." While I don't think he really meant this statement literally, certainly his athletic endeavors were very important to him.

My mother-in-law's situation provides another insightful example. She enjoyed reading in her later years, but in time she had to give it up because of corneal transplants and other vision issues. Because of these and other health issues, she moved to an assisted living facility far from her friends, relatives and the home she'd been living in and became increasingly isolated in her later years.

These stories reinforce what the research on longevity is telling us -- that keeping physically, mentally and socially active in your later years is crucial to maintaining good health while minimizing medical and long-term care expenses. Although we will all eventually decline and die, the goal is to postpone the inevitable as long as possible, and then make the decline relatively quick.

What are the lessons we can learn from these stories? Maintaining basic abilities such as walking, reading and healthy eyesight and hearing become increasingly important as we age. As a result, at some point in your life it might be appropriate to abandon vigorous activities that have the potential to jeopardize your basic ability to walk, see or hear in your later years.

I struggled with this issue myself, for years enjoying aikido, a vigorous martial art. Eventually I developed nagging injuries to my knees, got hit in the eye twice and became concerned about the cumulative impact of small concussions whenever I took a particularly hard fall to the mat.

Why am I focusing on your identity with these stories? Researchers at Stanford and other institutions are showing that encouraging healthy, positive identities might improve a host of social problems such as under-achievement and health-risk behavior and help with needed behavior change. My personal experience and observation suggests that identity can have an important influence on healthy aging as well.

Once I became fully aware of my identity as a healthy senior, then I became motivated to maintain my basic abilities to see and hear as well, and I'm now getting regular vision and hearing checkups. Rather than just lamenting getting old, I plan to do as many activities as are realistic at each future age, and be grateful for being alive to do them.

My father's athletic feats landed him in the book, "Growing Old Is Not for Sissies: Portraits of Senior Athletes." Our family was very proud of him, and we've all benefited from his example. And while it's an important part of our family's collective identity, we also wished he would have taken it easy as he aged and found other, less body-stressing ways to maintain his identity as a senior athlete.

As you look at your future, what's a healthy identity for you as you age?