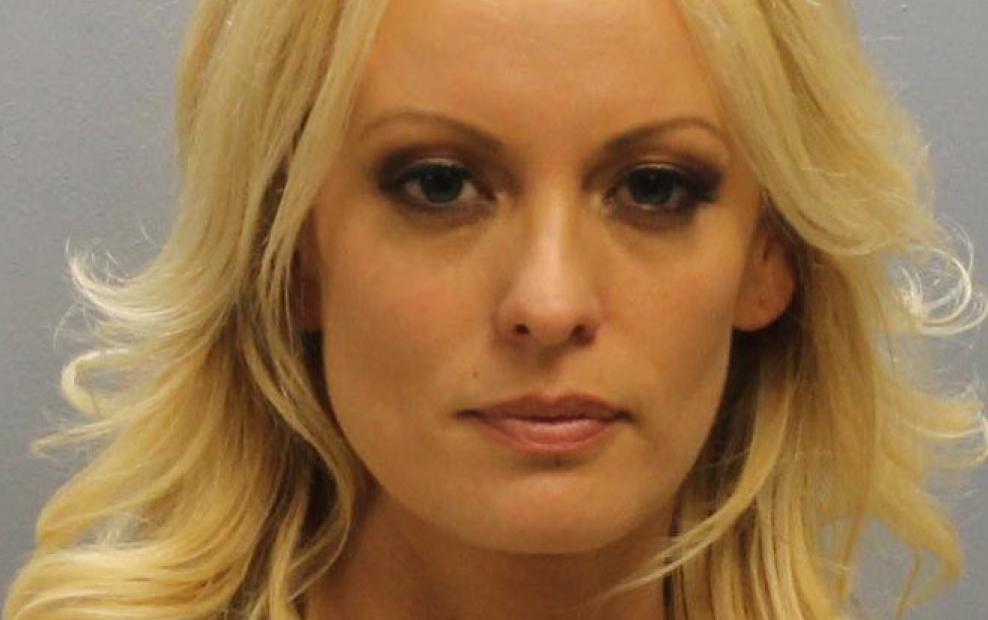 Charging documents said Daniels, whose real name is Stephanie Clifford, was arrested for touching a patron at a "sexually oriented" business in violation of the state law commonly known as the Community Defense Act.

Avenatti told MSNBC later Thursday that police had prepared a sting operation with multiple officers. He said female undercover officers asked Daniels if they could place their face between her breasts.

"It was an absurd use of law enforcement resources," Avenatti said.

In a tweet, Avenatti called the arrest a "setup" and said it was politically motivated.

Columbus police denied that Daniels was targeted as a part of a sting operation. Undercover detectives were at the club as a part of a long-term investigation of illegal activity at city adult clubs, said police spokeswoman Denise Alex-Bouzounis.

The Community Defense Act prohibits dancers from touching customers and customers touching dancers - excluding immediate family members. The law, however, only applies to nude or semi-nude dancers who "regularly" perform at the venues.  Thursday afternoon, city prosecutors dropped the charges, saying the law can't be enforced because Daniels has only appeared once at the Columbus club, on July 11.

In a statement, Columbus Police Chief Kim Jacobs said the officers believed there was probable cause the illegal touching law was violated,  but "one element of the law was missed in error and charges were subsequently dismissed."

Jacobs defended the officers' actions, saying they were "well within their area of responsibility when taking enforcement action."

"Nonetheless, a mistake was made, and I accept full responsibility," Jacobs said.

Jacobs said the presence of the officers at the club was reasonable but their "motivations" would be reviewed internally "to ensure that our core values and duty to serve our community to the best of our ability continue to be the basis for our actions."

Avenatti posted a statement on Twitter by Daniels that said she apologized to her fans in Columbus, and that she would not perform her previously scheduled Thursday night show. A later tweet by Avenatti said that Daniels would perform again at the "scene of 'no crime, but then said Daniels would perform at another club.

Daniels performed for about 20 minutes at Vanity Gentlemen's Club in Columbus early Friday, baring her breasts but not physically interacting with any patrons. A host warned several times beforehand there would be "absolutely no touching."

Patrons threw dollar bills on her as she performed.

Avenatti tweeted that some of the accounts of Columbus police officers "appear to have been very pro-Trump." Avenatti demanded an investigation into the officers' conduct.

A person who answered the phone at the strip club declined to comment.

Daniels has said she had sex with President Trump in 2006, when he was married, which Mr. Trump has denied. She's suing Mr. Trump and his former longtime personal attorney, Michael Cohen, and seeking to invalidate a nondisclosure agreement she signed days before the 2016 presidential election.